We were able to play the new roguelike from Veewo Games in depth. Let's find out in our review if Neon Abyss convinced us

Roguelike is a genre that has been around for a long time now, but has come back to the fore in recent years. The typical structure of the genre has in fact found its own natural comfort zone especially in indie titles, or in games with a reduced budget compared to the usual triple A. Among these is also Neon Abyss, developed by Veewo Games and published by Team 17, is available now su PC, PS4, Xbox One e Nintendo Switch. Will it be a game worthy of the giants of the genre? Let's find out in this Neon Abyss review!

Put the wax, remove the wax

Roguelikes rely heavily on the spasmodic repetition of different runs that, thanks to the ingenuity of the game designers, manage to be always fresh and never repetitive. Like athletes, the players repeat the same exercise over and over again, finding extreme satisfaction in seeing the improvements made. The same satisfaction is felt by playing Neon Abyss that, despite some uncertainty, manages to conquer the player by attracting him more and more into his web.

One of the greatest risks due to the innate structure of the genre is that of becoming repetitive and boring. Precisely for this reason in our review we will carefully evaluate the repetition factor by Neon Abyss. The line between addictive and repetitive gameplay loop is very thin and Neon Abyss dance elegantly on this border, sometimes crossing it in one or the other direction. 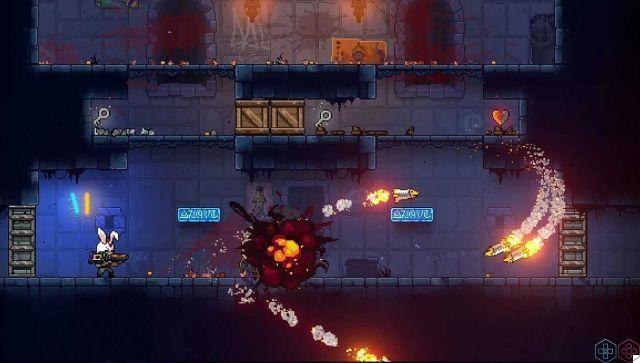 Let's start by analyzing the development of a single run. The player will have to pass the various procedurally generated levels in order to kill the new divinities, born with the advent of technology. Neon Abyss proposes a gun combat based gameplay, with controls that mimic the most classic twin stick shooter in two dimensions. For each level, the structure is similar, ranging from rooms containing passive items or new weapons to shops, up to rooms full of enemies to defeat.


The latter generally possess further passive or active skills, which can be used by spending the crystals, one of our resources available. At the end of each level there is a boss representing one of the new gods mentioned above. We mention in particular the presence of eggs, which will hatch becoming mascots, each with specific abilities. This is a really cool mechanic. Sometimes it can be a little confusing on screen or bring unwanted effects, but manages to lead the player to use different approaches even in the same run. 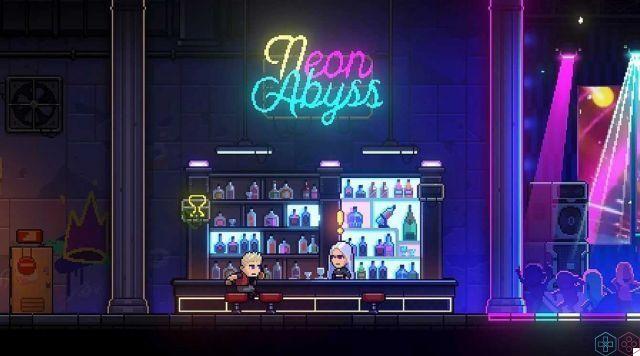 Let's take a break at the bar - Neon Abyss Review

After the first run, whether it was successful or tragically ended, we find ourselves at bar. Here we discover everything that can make Neon Abyss varied even after many hours of play. At the bar indeed we can spend the tokens obtained by defeating the bosses to evolve the game. It is possible to unlock new items that will increase the available pool, or unlock new game mechanics such as special rooms or unique NPCs. Not to mention the presence of different characters, rather balanced and diversified from each other.

There are also more difficulty levels. Neon Abyss could be a challenging challenge for many players, but having a level to choose from allows you to customize your learning curve. So the game becomes accessible to all and never frustrating in its runs, giving everyone time to know the effect of the many objects and then encourage them to seek more difficult challenges. 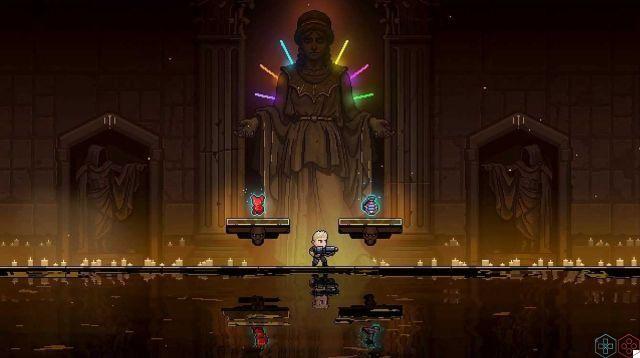 This is how Neon Abyss catches you and pushes you to compulsively repeat one run after another to find out what awaits you next. The pace is fast, at times almost confusing, the rooms flow one after the other without stopping in search of new objects and upgrades never seen before. The software house wanted to avoid dead moments in the gameplay at any cost and it succeeds above all thanks to the numerous teleports that will make you explore the levels without any slowdown.

Unfortunately, however, Neon Abyss does not have an infinite longevity and after many runs you can see what the real flaw of the game is. If the objects and weapons are many and able to create many different situations, the same cannot be said of bosses and enemies. Unfortunately, the latter are not as varied as we would like, a pinch of extra diversification is missing to increase the variety exponentially. At the moment this is a great home base which we hope can be expanded and perfected over time. 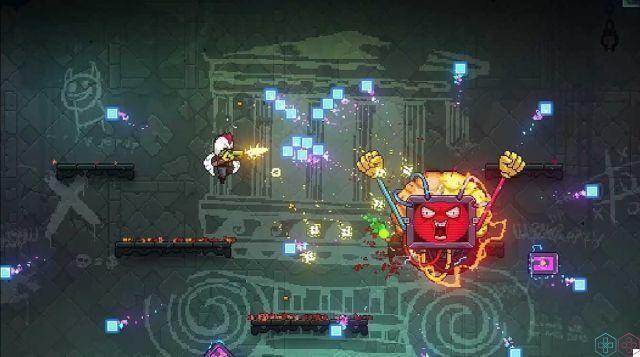 The visual impact of Neon Abyss is immediately striking thanks to his bright colors and the style that incorporates, even if only in part, the typical aesthetics of the cyberpunk genre. All staged thanks to a good use of pixel art which, despite being used very often now in games of this type, never tires. Unfortunately, however, the various levels and rooms do not differ much either from the point of view of the structure or aesthetics, going to emphasize a potential not yet fully exploited from the point of view of variety.


From the point of view of performance, however, Neon Abyss passes the test with flying colors. The game runs smoothly on our old base PS4 and without any uncertainty even in the most excited phases. Even the uploads are all quite fast and allow you to immediately return to the action with subsequent runs. Finally, we would like to point out the presence of the localization in the texts completely in Spanish. 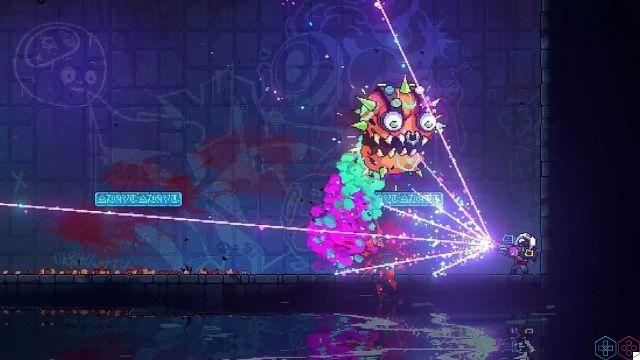 Great start and many perspectives

In short Neon Abyss is a good game that we highly recommend you, especially if you have been orphaned by the roguelikes that have fascinated many players in recent years. But the game can still improve a lot. We have before us an excellent base from which to start, in view of some additional content that will expand an already good initial formula. We are confident, the team will be able to polish some small imperfections in the future, especially in the number of enemies, to turn a good game into a real gem.

As you have seen, we did not go into too much detail in describing the objects, synergies and types of rooms present. We believe that discovery and learning be part of the beauty of the roguelike genre, so we leave to you the pleasure of playing it knowing as little as possible. Our review of Neon Abyss ends here, we hope it has been useful to you. How does this new roguelike from Veewo Games look like? Let us know your opinion and keep following us on the techigames pages for other reviews and for all the news from the gaming world and beyond!

8.2 Good game with lots of potential

Review Neversong PS4: Once Upon a Coma ❯

add a comment of Neon Abyss review: the art of repetition