In these days we have thoroughly tested NBA 2K20, find out if we liked it or not in the full review

With the passage of time we become more and more aware of how certain nothing is in life… nothing except the annual release of the most famous videogame chapter on basketball in the world. This year, the title developed by Visual Concepts and 2K Games is NBA 2K20 and, with the latter, the saga is enriched through several interesting innovations, but will they be enough to make it less similar than its predecessors and mark a turning point? 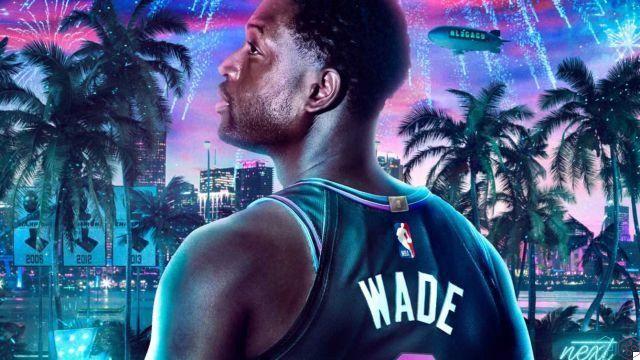 As usual, once we start the title we are presented with the various game modes, namely: Play now, My team, My career e My LEAGUE. By opening the first mode listed we will be able, for example, to start a series of quick games (settable as we see fit), face other users in online games (or locally) and much more, choosing the different franchises available to us. Speaking of the latter, the first big news appears: the possibility of playing with teams WNBA, the women's league corresponding to the NBA.

The work done by Visual Concepts, from this point of view, was not at all superficial given that moves and style of play are very reminiscent of WNBA stars. In addition to performing quick starts with such teams, you will be able to manage your own team, or the entire WNBA league, through the mode My LEAGUE. The latter mode has not undergone any significant changes beyond this addition. As usual we will be able to manage our league for a total duration of 80 years, rather than playing the role of the GM of a team and so on. Too bad, however, for the absence of personalized rosters.


The feeling you get, playing NBA 2K20 is very similar to that of the previous chapter. The gameplay is, as usual, fast and immediate, with very fluid and spectacular animations. Watching LeBron posterize the defender on duty or James Harden doing one of his crazy Step Backs always has a certain effect. The animations of each individual player are reproduced really well, in addition to the fact that every single star tends to make decisions similar to those they would make in real life. In all this, however, there is a but: such an extensive amount of animations require simple and immediate commands that, more often than not, they do not turn out to be so. This often results in involuntary actions which cannot be stopped. 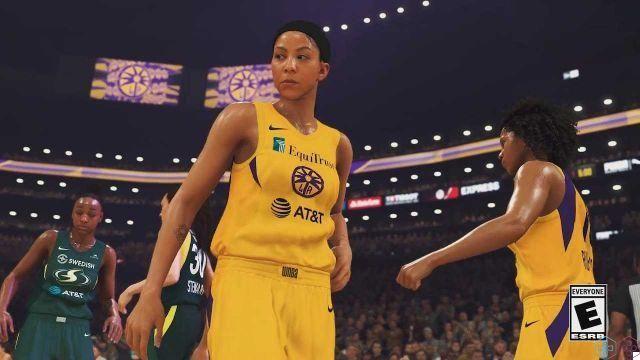 Now let's move on to the mode that has been the workhorse in NBA 2K for several years, My career. As usual, before starting the real adventure we will have to create our character, starting from the aesthetics. Here, in addition to the name, the jersey number and the dominant hand, we will have to customize the face, but to do this we have two ways: use the editor or scan our face through the app MyNBA2K20, available on Android and iOS. While the editor is really great since you are there numerous options and changes to be made, in order to shape our freshman to perfection, Face Scan is inaccurate and often complicated to use.

Once we have completed the cosmetic changes, we will be ready to create the build for our character. This side is really packed with interesting news. First of all we will have to choose the position of our player and the skill scheme, among the various proposed. The latter are pie charts divided into: conclusion, shooting, direction and defense / rebound. Next we will have to choose the physical profile that will change: force, speed, acceleration and vertical. Once these choices have been made and the various points assigned in order to determine the maximum that we can reach, we will move on to determining the height, weight and opening of the arms. All this allows you to have gods players more consistent with the role they hold and the tonnage they possess, making the title more balanced.

Once our character has been created, the adventure will officially start. The latter enjoys, in our opinion, a slightly better plot than that of the last few chapters, with most of the kinematics really well structured. We wrote "most" because unfortunately, especially in the last few moments, the quality of the scenes drops drastically, ruining the excellent atmosphere created and diminishing scenes that have considerable importance. Also this year My CAREER presents prominent names, among which we cannot fail to mention Idris Elba, Rosario Dawson, Ernie Hudson, in addition to various NBA stars. There are, then, the choices through which we will be forced to act in one way rather than another. 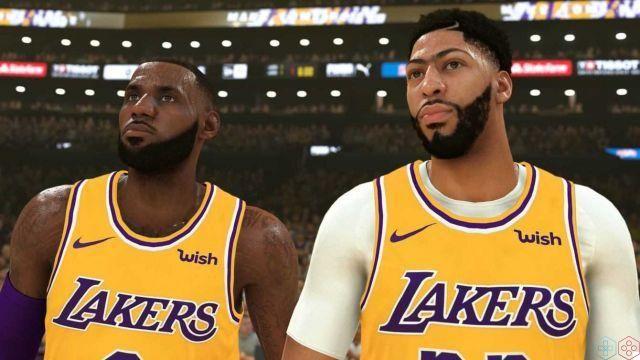 even the online sector is a backbone of the title which, unfortunately, this year suffers from various problems. My team is the modality that allows us to shape our team in order to carry out online challenges, but also offline. The latter allow us to win credits, players and so on based on the overcoming of certain challenges, which are updated periodically. The same thing happens online where we have the opportunity to challenge users from all over the world. A very interesting addition is the evolution cards: special cards that improve with the completion of specific objectives, which certainly add more sparkle to matches.

Le microtransactions they are present in the various modes, but in reality they are not that pushy. Through the games it is very possible to earn what is enough to have constant growth, as well as packages, various prizes and tokens, which are used to obtain additional basketball players. The real hassle in NBA 2K20's online modes are the technical problems e glitch various, in addition to bugs,. In our tests it has happened numerous times that games against other players were suddenly interrupted due to a (non-existent) connection problem.

Beyond that we talked about glitch, which are mainly present in the online modes of MyPLAYER. A few hours after the release, we realized how certain users had already reached the famous 99 in "overall": the highest level available. This is strictly impossible, if not bypassing the system, given that only a few users manage to reach it after months of playing. In addition to these problems there are others concerning the balance of the cards, some of which make your player a real Monstar. All this goes to break the much sought after balance by the developers. 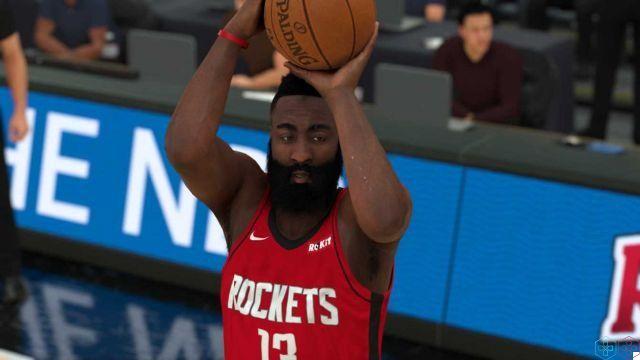 The graphics compartment of NBA 2K20 is simple and clean. As usual, the faces of the players are beautifully made and true to reality. In general, the models have a very realistic impact, again similar to those of NBA 2K19, but that is by no means a bad thing. Obviously, also in this chapter the side of Customization is present. From our player's hair, to tattoos or owning the latest pair of Jordans, this side is really rich. There is also the possibility to customize uniforms and arenas. The latter are truly faithfully reproduced, with details that increase immersion and enrich the atmosphere.

As regards the sound side, the title performs really well. To increase the aforementioned immersion there are the sounds that change from building to building, such as that of the sirens, the noise of shoes sizzling on the parquet and, of course, the cheering. The title boasts a soundtrack of a certain thickness, as well as the largest ever, with names ranging from Billie Eilish, to Drake and Post Malone, covering a wide range of musical genres.

End of the 4th quarter

What we have on our hands, for now, is a very good base title, with additions that put it one step higher than in previous chapters. Despite the news, however, the problems are present and are noticeable. NBA 2K20 looks like an "early access" game when in reality it is not. The various technical problems and bugs do not fully savor the game proposed by Visual Concepts, compromising the end user experience. The latter will certainly be resolved with patches, but the test on PS4 highlighted these difficulties. To conclude this review let's say that NBA 2K20 is not a shameless copy of 2K19, indeed, the news has convinced us, but whoever buys it must know that the title (crossing their fingers) it will mature over time since for now, unfortunately, it suffers from numerous problems.