Author and references
Mushroom Wars returns with a new chapter. If you like mushrooms, get ready to fight!

Mushroom Wars 2 it is the continuation of a chapter which was already very interesting in its time. We will find ourselves leading an army of mushrooms with the aim of conquer and colonize the entire territory of the game map in order to pass the level. The game is divided into stages that become more and more complex with the progress of the single-player campaign.

Like any self-respecting strategic game, Mushroom Wars 2 allows us to play one single campaign divided into 2 chapters. Our armies will begin the conquest of the territories, in the first stages, having to conquer the mansions and towers of the other mushrooms. As the game progresses, the levels will be more complete and complex, we could in fact use a "championWhich will help us with his particular skills. Champions can be unlocked in the single player campaign by progressing through the various levels, while in the multiplayer they are all usable right from the start.

The difficulty of the various levels can be set before starting them; only for the initial levels the difficulty is necessarily "easy" but can be changed after completing the stage. The more you increase the difficulty, the more stars you will get at the end of the level (for a maximum of 3 stars). 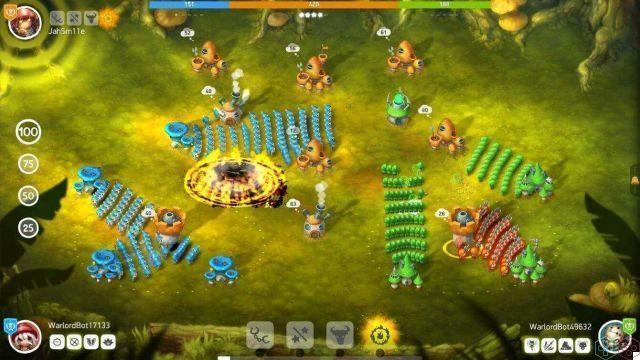 Il multiplayer is the mode that will keep you glued to the screen when you have finished the single player campaign. Yes, because even when the game will seem monotonous to you and you will feel the strongest because you have finished the campaign always getting 3 stars, online you will find players who will give you a hard time. Online it will be possible to play 1vs1 or in 3 or 4 players, if we choose to play with more than 2 players then it is possible to play all against all or 2vs2. Before starting you will have to choose your champion based on the skills that can help you the most, but be careful because you will never know which map you might find yourself in (in short, if you choose the champion with the ability that increases the strength of the towers and then find yourself in a map without towers ... you will have to worry!).


Il multiplayer also allows you to play with friends in the same ways, the only flaw is that you cannot create a game with a friend and then play against strangers, to understand, 2vs2 can be done either with 3 strangers or with 3 friends, no "pre-made" team I'm sorry .

Strategy and mushrooms: what a mix!

Mushroom Wars 2 is a real pastime with all the trimmings. The concept of strategy combined with graphics in the style of "cartoon”Allows you to fully enjoy the game. If you want to enjoy a truly satisfying experience, I recommend that you play at maximum difficulty but, be careful, because you will have to concentrate on everything that the game system offers. First of all it is possible increase the level of our huts or our towers, the evolution of the huts will increase the speed with which they produce mushrooms while the second ones will increase their strength and range. But be careful, to increase the level of everything we have conquered we have to sacrifice a certain number of troops, this can lead us to have fewer troops than the enemy and lose our huts. 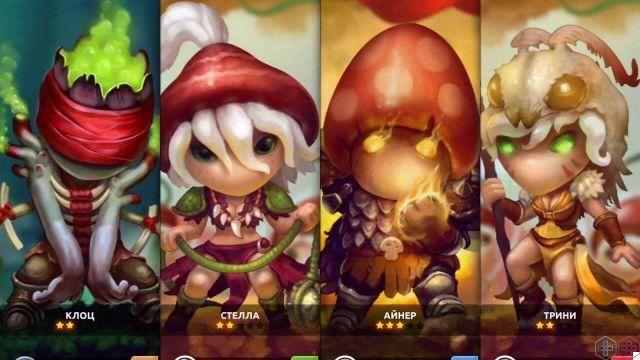 Then an interesting point is the ability of the chosen sample; there are 4 of them and each consumes a certain amount of power. The strongest consume more power that can be recovered by attacking and defending oneself in the best way. An advantage can be obtained by increasing the moral of your troops, this also varies according to our ability to attack and defend, we could increase morale up to 5 stars.

An advice that can be useful especially online: you can choose the number of units to be sent from one hut to another, I advise you not to send them all and remain with very few units in a hut otherwise you could be caught off guard by the enemy. The last tip is to keep an eye on the bar at the top that indicates the number of our troops and those of the enemies, it could be very helpful in certain circumstances.

The eye also wants its part ...

La “cartoon” graphics fits well in Mushroom Wars 2. There is nothing to complain about, the movement of troops is fluid and compact, the animation of the towers and houses when upgraded is minimal but well managed. All in the norm for a game that can run on any PC and smartphone. Audio advertising it is minimalist and perfect to accompany the game. The soundtracks are by no means "intrusive". A great mix for a game that aims to be a pastime rather than an immersive experience. 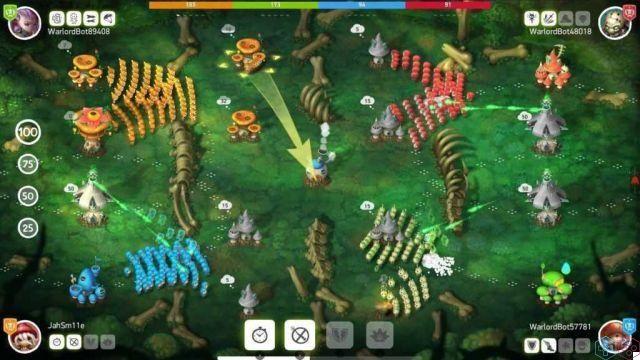 Mushroom Wars 2 is a great pastime, nothing more and nothing less. If you are intrigued by strategy games but you want a title that is not too pretentious and at the same time fun, then Mushroom War 2 is for you.