Board games, role-playing and game-books: MS Edizioni does not miss anything in its summer releases. Find out more in our news

The new titles of the MS Edizioni publishing house have just been announced; there are four major releases that will accompany us this summer, and there are really something for everyone.

The summer releases of MS Edizioni: the quickstart of Root - the role-playing game

The award-winning board game Root, is ready to land in its role-playing version in Spanish after the success of the Kickstarter campaign. In Root: The Role Play you take on the role of adorable anthropomorphic animals called Vagabonds, who will find themselves involved in the plots and battles for control of the Woods, between the Marquisate of the Marquise de Gattis and the Dynasty of Eagles. For the final version based on the de system The world of the apocalypse There is still a little to do, but this quickstart away will ensure hours of gameplay and give you a taste of what awaits you among glades, forests and a factional struggle that knows no boundaries. 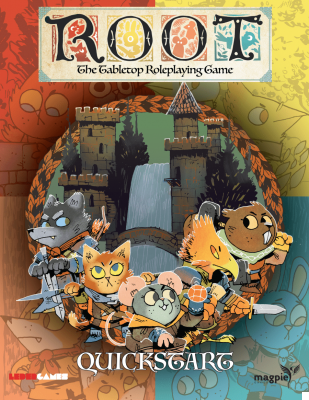 The summer releases of MS Edizioni: The Eye of the Sphinx

Necklace Mysteries of the East, one of the most popular in the panorama of game books, is back completely renewed after an absence of 33 years from its first Spanish edition. Each single book, revised, corrected and with unpublished parts, can be read separately or as an integral part of the journey of Prete Gianni, the protagonist we are going to interpret. The Eye of the Sphinx is the second volume of the series and a continuation of The Alamut Fortress, already available online and in stores.

This board game will allow us to guide our pioneers through the mountain peaks of the Sierra Nevada on their way to Florida California. Sierra West contains four additional modules, each consisting of a unique set of cards and components to add to those already present in the base game. During the setup the players choose one and build a mountain by overlapping the cards taken from the corresponding deck. Each module adds new thematic content, alternative victory modes and interesting changes to the main mechanics of the game. It seems that its strong modularity will add a strong longevity to the title.

This pocket-sized deduction game is sold in separate decks of 32 cards each. Each deck represents a case to be solved. This expansion set in the Far West offers three unique cases at a price of 7,90 euros each.

add a comment of MS Edizioni: presented the summer releases