Monster Boy and the Cursed Kingdom review: save the realm

We return to the spectacular and thrilling world of Monster World thanks to the new chapter of the Wonder Boy saga. Let's see in our review how Monster Boy and the Cursed Kingdom performed on PlayStation 4

For the many fans of the saga of Wonder Boy, go back to Monster World it will surely be an indescribable emotion. Following the success had by Wonder Boy: The Dragon's Trap, the 2017 remake of Wonder Boy III: The Dragon's Trap, the developers of Game Atelier, With the collaboration of Ryuichi Nishizawa (the author of the series), have channeled all their strength to create a complex game, but at the same time fun and that you do not get bored after a few seconds. Will they have succeeded? Let's find out in our review.

Monster Boy and the Cursed Kingdom: we analyze the history and gameplay of the title | Review

In the game we will take on the role of Jin, a young hero who is forced to remedy the troubles combined by his uncle, who has transformed all the inhabitants of Monster World into animals. The game, like its predecessors, is a horizontal sliding platform. We will have to fly into the skies, dive into the depths of the abyss, cross forests, visit abandoned temples and brave the lava of a still active volcano.

The world is divided into various regions, each of which will eventually have a boss more or less difficult to beat, depending on whether or not we will be able to understand the mechanism to beat it (but even so it will not be a walk in the park). Our goal will be to recover 5 magic balls that will allow us to transform into other creatures, each of which has unique powers and abilities. Throughout history we will be assisted a few times by some little helpers who will help us in times of greatest need.


The various regions of Monster World will be interconnected with each other and only once certain forms or abilities have been unlocked will we be able to access hidden areas. These will provide us with gods alternative steps to get to a place or gods coffers containing particular objects that we can use to forge a sword or armor, or even simple stones that will enhance our equipment. 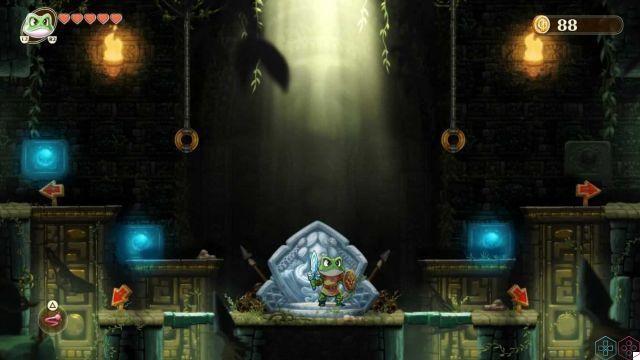 The player's skill will not be enough to advance between the various regions. In fact, to unlock certain areas it will be necessary to eliminate some enemies or solve real puzzles that at times will put us to the test. To top it all we will find some secondary missions who go to paint what is the picture of a game that has its foundations in the previous chapters and tries to raise everything to a higher state.

Monster Boy and the Cursed Kingdom: let's see the technical sector of the game | Review

Graphically speaking the game is nothing short of sublime. The characters that make it up, hand drawn, are well structured and the animations that characterize them are fluid and dynamic. It is important to point out how they almost seem to come to life (just like those of some anime) thanks to their facial expressions that characterize them. The surrounding environment is also well designed and manages to best express the place it represents, with gloomy and gloomy environments, but also lively and bright.

Although there are no voices in the characters, the absence goes unnoticed, thanks to a well organized audio compartment. Monster Boy and the Cursed Kingdom also comes with a very important soundtrack, created by the various Japanese composers who participated in the project. To conclude this part of the game review it is necessary to talk about the commands. Although in the previous title they could be a bit "woody", in Monster Boy the wait between the command input and the movement of the character is almost non-existent. There is an almost immediate reactivity with any character and in any situation.

We are now reaching the end of this review and it is time to take stock. Monster Boy and the Cursed Kingdom is a side scrolling adventure typical of his e saga does not differ much, graphically speaking, from previous chapters, although we note a notable improvement both in terms of construction of the characters and the environment, and in the fluidity of their movements.


La history that you will go to live will be compelling e full of twists and turns (although not too particular). You will hardly be able to tire of completing a region thanks to the various puzzles you will be subjected to throughout your adventure. The search will also not be facilitated for you. In addition to a point on the map that will show you the place where you can find the artifact you are looking for, you will have no other information, except for a sign every now and then or some information from the secondary characters that will guarantee you will only find the way to that particular region. 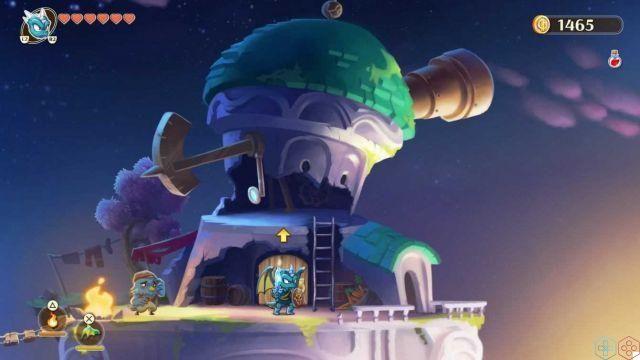 The only negative note is found in some dialogues. These, especially before a boss fight, they will turn out to be repetitive, especially when we die because we have not correctly interpreted the mechanism to defeat the scenario boss. Even the music sometimes turns out to be a little loud, but otherwise you can enjoy a great experience, challenging at the right point, which is neither impossible nor trivial.

That's all for this Monster Boy and the Cursed Kingdom review. I remind you that the title is available starting today for PC, PlayStation 4, Xbox One and Nintendo Switch at the price of 39,99€. To not miss further news and video game reviews, keep following the pages of techigames!

add a comment of Monster Boy and the Cursed Kingdom review: save the realm