Monopoly: origins, curiosities and goodies of the board game

Everything you ever wanted to know about Monopoly and didn't have the courage to ask, or maybe you just didn't know where to find the answers, simply!

The Monopoly, who doesn't know this game? Laughter, quarrels, cheats (whoever is without cheating roll the first dice!), Wins and losses of one of the games that makes us the most ruthless capitalists thirsty for money and income to increase more and more, even the most red of minds are muddied from time to time with a roll of the dice that gave you the thrill of power!

Monopoly: story of one of the most loved games of all time

But how was this game born? In how many countries is it known? Is it also played abroad? All questions that an accurate infographic published on the Glam di Gioco Digitale blog answered. Data and dates, information, curiosities, surprising numbers. It is no coincidence that the game of Monopoly (writer's note: it says Monopoly, the one with the final i is an absolutely incorrect Spanishization) is one of those that has lent itself to the most varied "Special Editions". From the world of music, with versions dedicated to Queen, Abba, Beatles, Metallica, AC / DC and so on, to the world of fiction, both from the big screen (with Star Wars, Harry Potter, Back to the Future, Avengers and so on) that of the TV series (Game of Thrones, Simpson, The Walking Dead, Strange Things and others), up to the versions in which the world of video games has lent itself to that of the board game, known the versions of Monopoly inspired by Fifa and Mario Kart. In this regard, it should be added a note on the special versions: there is also one in braille! In total, the special versions produced are as many as 300. 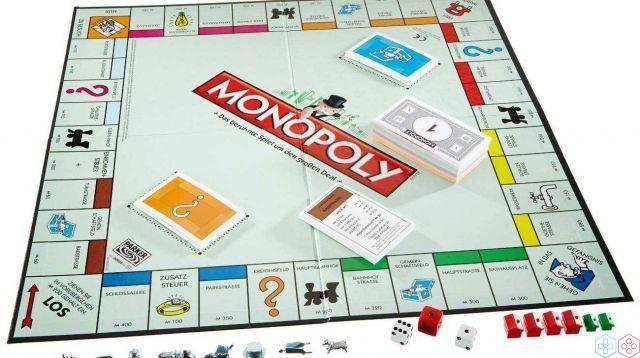 Monopoly, from its birth to the numbers that marked it

Created in 1903 by the American Elizabeth Magie, the game entered the market forcefully only in 1933, the year in which Parker Brothers bought the rights and started production for large-scale distribution.

Il Monopoly has been translated into 47 languages and it is sold in over 114 countries and 100.000 stores (not to mention the e-commerce that ship it practically everywhere in the world), it is no coincidence that the sold copies of the board game have reached the 9-figure quota of 270 billion. This huge spread of the game has allowed 750 million games to be played, with the longest lasting 70 days. With its digital creation, its diffusion is now truly limitless. Del Monopoly was created not only the version for Apple devices which is a faithful reproduction of the board game, but also the Monopoly Live, a new frontier that combines the game of online casinos with that of the logic of Monopoly enriched with augmented reality.

add a comment of Monopoly: origins, curiosities and goodies of the board game