Monkey King Hero is Back review: did we really need it?

Here is our review of Monkey King Hero is Back, a title inspired by the homonymous film, let's find out all the details

Our world and the universe of the videogame market, unfortunately, are full of works and titles that take full advantage of the film industry and vice versa. Let's say "Unfortunately" because often the filmic or videogame representation of a work fails to reflect the validity of the original product. Long story short, someone remembers a film, linked to a video game, really memorable? Not to mention the playful re-propositions of many animated works.

Monkey King Hero is Back, unfortunately, in our opinion, is located on this road that is already very busy, but not without some interesting insights. Let's find out all the details in the rest of ours review.

Once our game has started we will find an introductory film, even quite long and articulated, in which they are explained the origins of our protagonist with lots of animations, even well done. Basically what we are interested in knowing is that our monkey king, following a gauntlet launched towards the gods, he finds himself imprisoned beneath an entire mountain. By pure chance, a little orphan in the company of his little sister, taking refuge in a cave to defend himself from the attack of some monsters that have invaded their village, he manages to awaken our hero. From this moment on, our adventure will begin in the company of our friends. Company of friends that we will expand over the course of history. 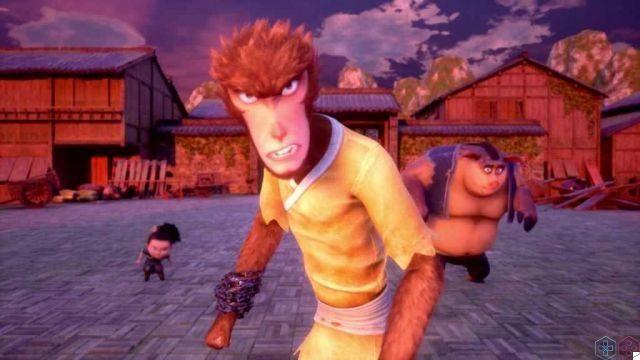 From the beginning, the game presents itself, from a visual point of view, as a pleasant product. The idea of ​​immersing ourselves in an animated film is perfectly rendered. An animated film, however, with purely playful components that place Monkey King Hero is Back in a particular videogame category. Let's talk about a platform with strong elements action e hack and slash. In fact, for most of the time we will find ourselves fighting against various types of monsters, among other things made with excellent models, and jumping around to reach different points on the map.


From this point of view, the title winks a little at the Knack series (we are talking about "series" considering both chapters and the possibility of a third title) definitely, however, much more accurate and interesting in all respects points of view. Another element of continuity with Knack, unfortunately, probably lies in the little charisma of our protagonist, exactly as in the case of our hero made up of archaeological finds which in itself still manages to be more impactful than our dear monkey king. 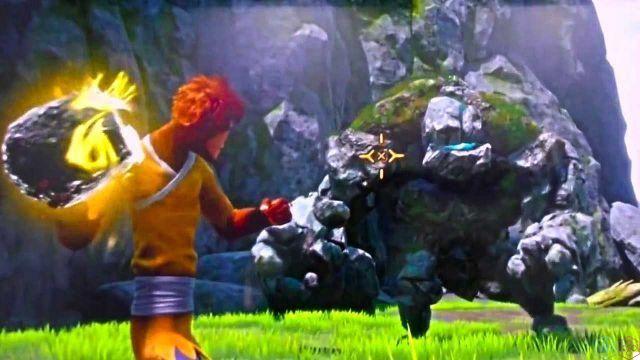 As mentioned earlier, most of the time, we will find ourselves fighting. The fights in question will be mainly hand-to-hand, as our hero will be a real master of martial arts. The fights have a good dose of variety: you go from using fast attacks but light ad slower attacks but capable of dealing much more damage. Aerial shots and use of blunt objects, as well as quick time event placed at the right time, they make the fights quite pleasant.

The problem, in our opinion, arises when we go to hit our enemies. The satisfactions deriving from a fight are very few; we will never see our opponent actually accuse our punch straight into his jaw. This because the hit reaction animation it is almost non-existent except for the rare cases. This takes away a very large part of the fun of a fight.

Furthermore, in the case of the boss fights, we will not have available the life bar of our opponent, which completely undermines any form of strategy we would have liked to implement. The boss fights will turn into simple situations in which to hit head down hoping that, at any moment, our enemy will take the decisive blow. 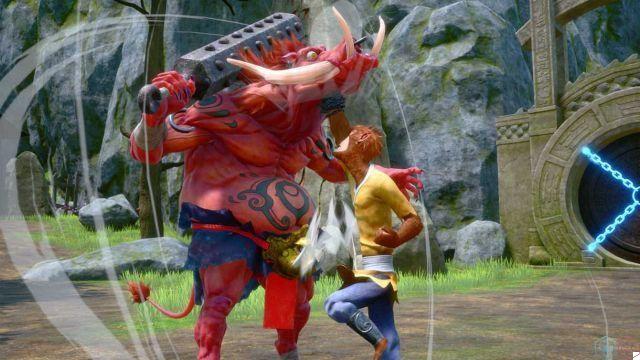 The game world presents itself, or would like to present itself, as a sort of fake open world. In which we do have pre-established routes but which still manage to give us a feeling of exploration. In Monkey King Hero is Back the feeling of exploration is definitely very vague, if not in some places. The exploration (if you can call it that) is aimed only at loot of herbs and materials which will be used to buy cures and other useful items in the various "shops" that we will meet along the way.

The areas where we are going to meet the various enemies are what a gamer, a lover of this genre, would never want to face. Completely absent physics, invisible walls and the possibility of interacting only with certain objects and reaching only certain points they completely kill our desire to implement an attack strategy. All this will be reduced to an angel's flight into the fray to throw punches and kicks left and right.

In addition, to access some areas, the title will require uploads that will begin to be really tedious and excessive. This is the case, for example, of some uploads that are put in place only to go through doors, among other things already open! 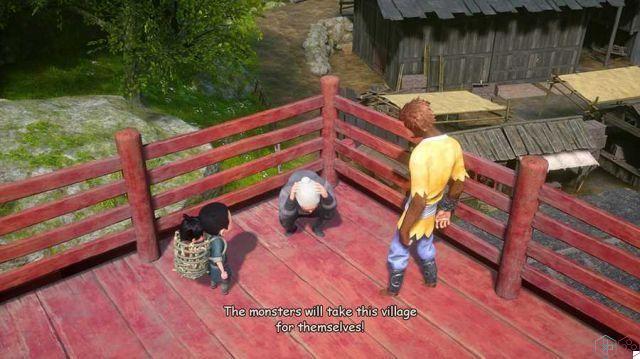 Unfortunately, at times, it will be very difficult to play this title. Tedious and boring moments will be very recurring. We refer to non-animated cut scenes but only "Cartoonish", if we can consider them in this way, they will introduce us to some phases of history. Not to mention the moments in which we will find ourselves passing from one area to another and to do so we will have to overcome a certain route without the possibility of running and with our little friend who will talk to us about how important it is to be good-natured. and with the next. Finally, there is a probable bug in our version to report, namely the it is not possible to save our games, neither automatically nor manually.

Here we are at the end of this one recensione di Monkey King Hero is Back. Our conclusion is that this title does not reach full sufficiency and if it does, it does so in a very, very tight way. Too many flaws and uncertainties of what could have been an interesting game that would be placed in a stylistic and genre box that has remained empty until today. From a lover like that unfortunately it touches me do not recommend this title, especially to the most experienced players.

Let us know what you think of this game. Meanwhile, I remind you that to be always up to date on all the news from the videogame world and not only stay tuned to techigames.

Monster Boy and the Cursed Kingdom review: save the realm ❯

add a comment of Monkey King Hero is Back review: did we really need it?