About 20 years after its first appearance on PS1, one of the games that at the time had great success and was much appreciated by gamers of the Sony console returns to the videogame scene, now in this version with the name Micro Machines World Series

Will it be yet another nostalgia operation as we are used to these days, or is it still a game capable of giving original and interesting ideas after so many years?

Let's find out in the full review!

More arcade than an arcade

Anyone who is at their first approach to the brand probably will not know how to evaluate the product, as it represents the world of motor racing in a distinct way. different from what we are used to with modern video games. In this case, you need to know right away that Micro Machines is not a game that takes itself seriously, rather.

When the boys of Codemasters announced that they are working on a Micro Machines, those thrilling breathtaking races that have accompanied many gamers in their growth immediately returned to the memory of all the nostalgic but, at the same time, there were many fears that such a title could be distorted. Well, that's absolutely not the case! The formula is always the same, races with a very short duration aboard racing cars of various types in not exactly conventional tracks. Many ways: from classic race to the new and appreciated elimination mode, to conclude with the battle mode, in which our only aim will be to eliminate the enemy vehicles.

The gameplay, we can assure you, reminded us a lot of the one present in Micro Machines V3. a pleasant and responsive vehicle control at the right point, one difficulty desired and due to the setting of the camera, dynamic circuits full of dangers and upgrades (in collaboration with Nerf), make every race very fun and varied. The use of a joystick to have more precise control over vehicles. 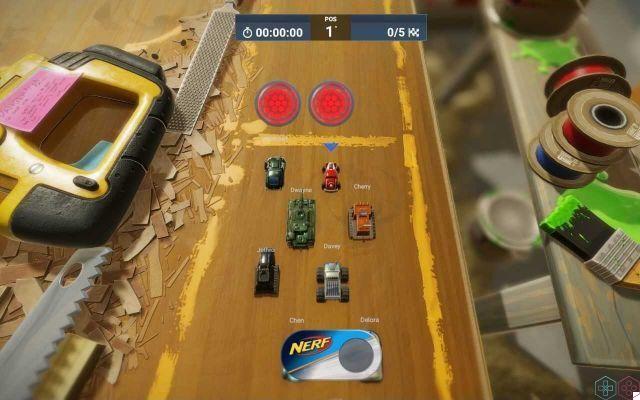 A riot of colors and explosions

The circuits recreated in this one Micro Machines World Series they are in perfect Micro Machines style. In fact, we can go and compete on a pool table, on a hob, its a worktop of a carpenter and in other unusual circuits for the automotive genre. All the paths are well differentiated and they find again in their being dynamic and alive a certain unpredictability, which will keep us on our toes at all times so as not to run into a trap. The whole is completed by very bright and beautiful color tones to look at. Enjoyable and only the sound sector is sufficient with no gem worth mentioning. Decidedly appreciable also the models of vehicles that can be used, although a greater customization and a greater quantity would have been appreciated. 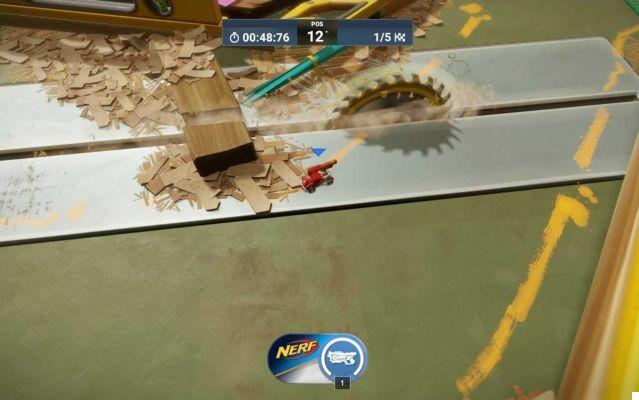 Multiplayer but not too much

This Micro Machines was designed to adapt a video game designed to be appreciated many years ago, according to those who are cornerstones of modern gaming who see the multiplayer online to be the master, acquiring more and more consensus and counting more and more games among the so-called "competitive". The idea would also have been good because, in fact, the video game would offer an interesting level of challenge, but it was impossible not to notice a problem that definitely impacted on all of this, in the PC version we tested. THE server they are almost entirely Empty, very few gamers with which to challenge each other force matchmaking to create sessions after several minutes with only 2-3 real players and completing the race with bots, which often perform senseless actions and even commit suicide.


Micro Machines World Series, a not recommended purchase if you are not nostalgic for the series

We sincerely do not feel like advising you to purchase this Micro Machines at the price currently proposed, even if the defects are not too many and the realization, on the whole, remains more than sufficient. The real problem is that, probably (we tell you this from the first nostalgic of the series), this kind of videogame no longer has the same appeal it could have had several years ago and this is a real shame. If you want to try it, you can still buy Micro Machines World Series su PS4, Xbox One and Steam at a price of € 29,90.