Let's see together this indie title with a "party with friends" flavor. Marooners Multiplayer is presented as a title oriented to the evenings in company, with a 360 degree entertainment for the whole family! 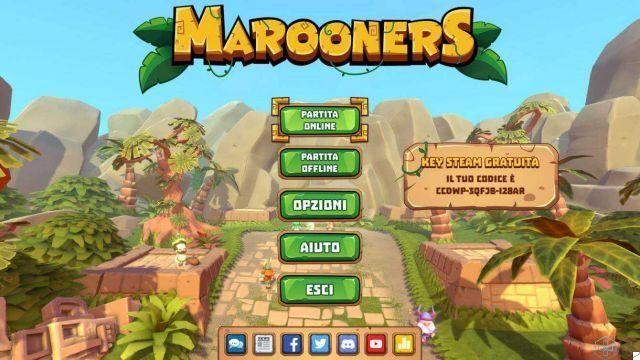 It is a “classic” Mario Party style game. There is no plot, just a series of arenas e minigames to be faced with the various characters made available. Marooners aims to entertain the user in light evenings, perhaps in the company of friends. The imprint multiplayer it is obvious, as there is no story mode. The characters are varied but none are detailed, this is because they are designed to be nice e graphically satisfying.

The game modes that can be faced in Marooners are two: Sand e Party.

La Arena mode provides clashes to the last player, or whoever survives wins.

La Party mode instead, it inserts, in addition to survival, also objects to be collected. Furthermore, the defeated player, who can no longer collect objects, has the possibility to interact with the other challengers in order to make them lose their "lives". 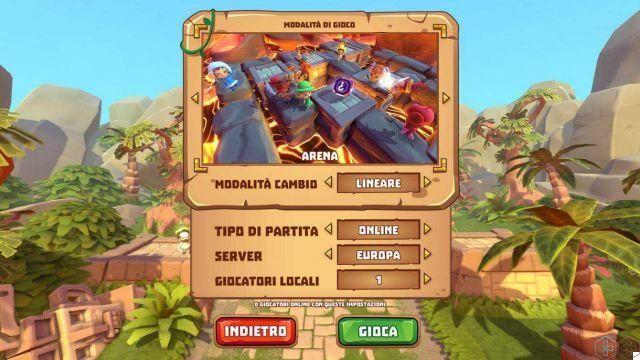 The title presents game actions and interesting ideas, even if some purely aesthetic

Another dynamic of interest present in Marooners is given by changing arenas and parties during the game. In fact, you can choose to change "map" at the end of the game, or in a "chaotic" way during the game itself, thus complicating the players' life. There is also a leveling system, which only adds characters and weapons. These have an effect only aesthetic and they do not give any aiding or abetting to the players.

All of these mechanics listed are interesting and surely Marooners can have a lot of fun playing with at least 4 human players. After our test, given the game mechanics and the proposed challenges, we can say that the title looks like a classic "break friends". Marooners is sure to keep you entertained, but the challenges can be a little frustrating at times. To report the extreme simplicity of the controls: in fact, only a few buttons on the pad are enough to control the characters. 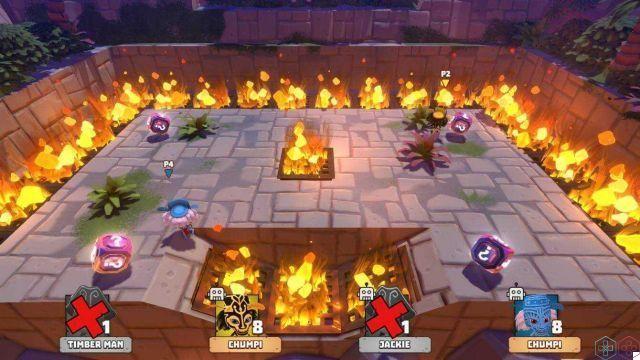 We are faced with a well-made title e the technical sector is well cared for for its genre. The animations are fluid and the settings and colors are well matched, all flanked by wide possibilities of customization.

The only flaw is theartificial intelligence of bots, often a little "particular" and devoid of logic. In fact it often happens that these perform totally meaningless actions, also ending up committing suicide en masse and thus making the human player win. But one can easily turn a blind eye to this problem: Marooners is a title intended for multiplayer, so it will be difficult to find yourself playing it alone.

On the other hand, a very negative factor is represented by lobbying management, which turns out a lot chaotic e confusing, definitely an aspect to be reviewed. Furthermore the camera often causes problems, as with each level change the player struggles (and not a little) to find their character on the screen. On the other hand, a very positive note is i uploadspractically instantaneous. 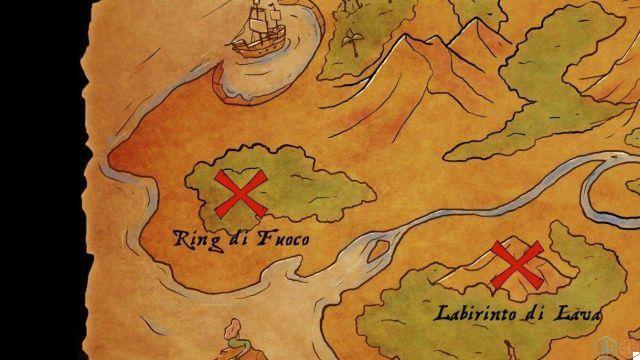 The minimum requirements, on the other hand, are very low: 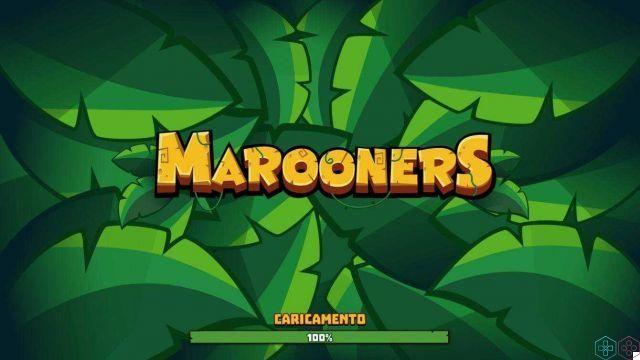 Marooners, let's sum it up

Marooners it is without a doubt a good title to play together with their friends. Certainly it can be improved in the technical sector and in the dynamics, but this does not mean it is not fun. It certainly is also suitable for the little ones, a game that offers a 360 degree entertainment for the whole family.

A little one positive report: after an hour of play we were given one second key, to be given to a friend to play together. Certainly a very interesting and appreciable initiative!

7 To play in company!

add a comment of Marooners review: a 360 degree party game