Loop Hero Review: Another Round, Another Adventure

Here we are again in the gaming realms, this time darker and more pixelated, with the review of Loop Hero. A title that intrigued us not a little and got carried away from the very first minutes

After an opening that immediately recalled the famous Stranger Things TV series, Loop Hero welcomes us with a really well-finished and pleasing to the eye pixel art with a soundtrack, all in all, also quite engaging that, in some notes, we can to remind Fade to Black dei Metallica in the golden days.

Aside from that, pixels are really the gem that catapults us into a rather dark and mysterious fantasy middle ages which, however, manages to go hand in hand with the great classics of retrogaming. It took only a quick glance to bring to mind iconic titles such as the first chapters of Zelda, Ghosts' n Goblins, Final Fantasy, Castlevania and so on. But just talk and let's go into the review of Loop hero.

Inside an infinite darkness

The game in question has been made available for the main online stores, as well as only for PC at the moment, thanks to the efforts of the Russian studio Four Quarters and the distribution of Devolver Digital (a very famous American name behind the Serious Sam saga of bullets and ignorance). Once that said, and started the game, the thing that struck us the most, replaying it several times, is the randomicità scenarios, objects and situations, but let's start with a bit of history.

In fact, the title tells of a world shrouded in darkness and without any memory of what was there before, only darkness, cold and uncertainty seem to keep the survivors company. Doesn't it remind you of some passage from "The Neverending Story"? Returning to us, it seems that the person responsible for all this is skeletal King Lich who has cast a spell of darkness and oblivion all over the earth. It will therefore be the task of an intrepid hero to get on his trail and, facing it a path full of obstacles and dangers of all sorts, go and shed light on this mystery.


After waking up in a small camp, our hero with an unknown name, tries to recover the fragments of a memory that seems to have collapsed on itself while, in the shadow that pervades everything, mysterious figures come to life. Along his way to the truth he will also find some other survivors with whom he will build a base camp and gain more and more experience to get to the bottom of the dark affair. 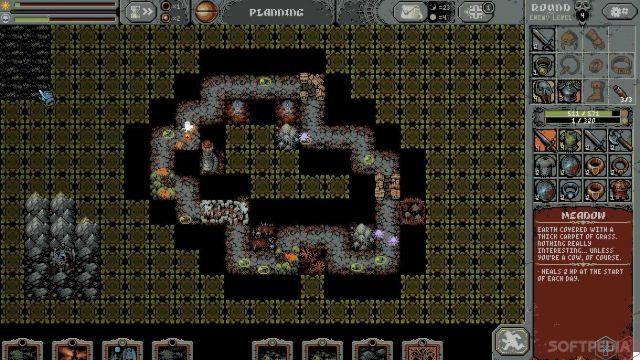 Apart from the music he sound effectsDuring our entire game, we haven't heard a single word, but fear not, Loop Hero has opted for some textual lines that would tell the hero's deeds and his incredible world, a much appreciated element in the review phase. Continuing with the matches, and going to meet the aforementioned survivors, what surprises us most is the quality of the dialogues that you will have with them. Deep and philosophical, sometimes almost disturbing as the cemetery keeper demonstrates, but not boring or banal. Indeed, a more than welcome surprise! 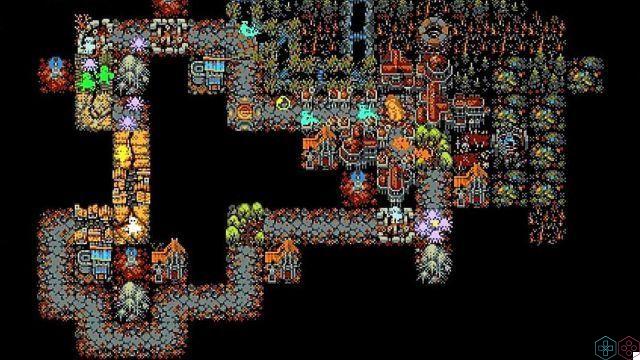 First of all we need to start by saying that, initially, our hero will be the classic warrior, a warrior who reminded us not a little of the good Steiner of Final Fantasy IX, but going forward you can also change the class, such as that of bandito. game mechanics they are easy to understand starting from the title itself since, for each game, a random world for the player. Here our hero will continue to walk around it going to meet monsters, various bonuses and his camp in total autonomy. After all we are in a loop, clear right? 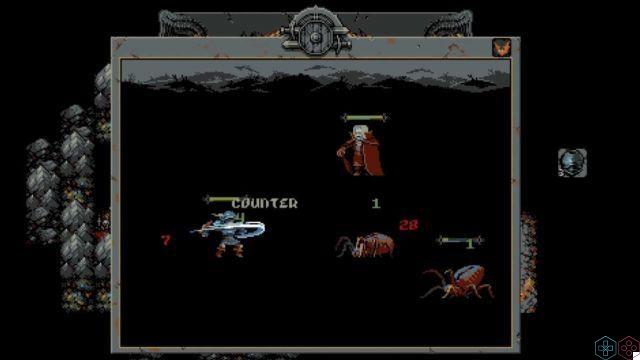 Between board game and videogame - Loop Hero Review

During this endless round, "Game of the Goose”, We could then collect several armor, rings, weapons and clothing which will give us additional bonuses. For example, in addition to just damage, some weapons will give you a better chance of avoiding attacks, gradually regaining health, dealing a critical hit, and so on.

The use of such weapons and the mechanics of "endless circle"Then they must be well calibrated with the monsters already present on the ground and with those that we could put ourselves. In fact, what's wrong with increasing the difficulty a bit to win a richer booty?

For our part, we could do all this and much more thanks to a wise use of cards. These help both to generate monsters and the world itself, many board games work like this, and will help us to recover even some life and bonuses to go and recompose the memories (10 fragments form a complete memory) and level up. our camp. Since the cards available, if in hand are too many, disintegrate, you have to learn quickly how to make them combo and better positioning, especially in the case of Oblivion and Lanterns.

In a similar way, the hero will also be able to obtain his weapons automatically and therefore it will be necessary to pay some attention to this "overload" as well. In fact, theInventory it consists of suns 12 slot and, once you equip a different item, the previous one will be lost and there will be no way to recover it except from the treasures dropped by the creatures along our path of darkness.

Also remember that in combat you cannot place lands, a bit like Magic, and therefore calibrate the timing well Planning (pause to arrange cards and objects) e Adventure (around whipping monsters like slime, harpies, skeletons, spiders, vampires etc). Arrived at a certain point, the Lich King ready to stop us, but we advise you to always do more "test rides" to get to grips with the mechanics and get the best possible combination. 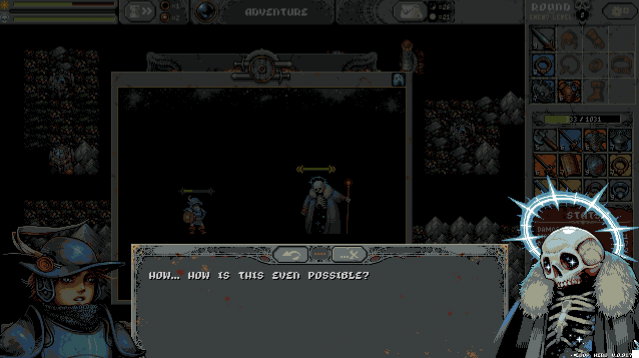 A Camp in the Making - Loop Hero Review

As mentioned earlier in the review, Loop Hero will give us the chance to build our camp with other NPCs (such as the cemetery keeper, the cook, the blacksmith, the farmer, and so on), level up buildings and start each loop with a few more bonuses. Since the danger of death is always around the corner, if we don't want to lose almost everything, we can also consider the idea of ​​a strategic retreat to return to the camp, do some upgrades and then start over. Let's arm ourselves with patience though! 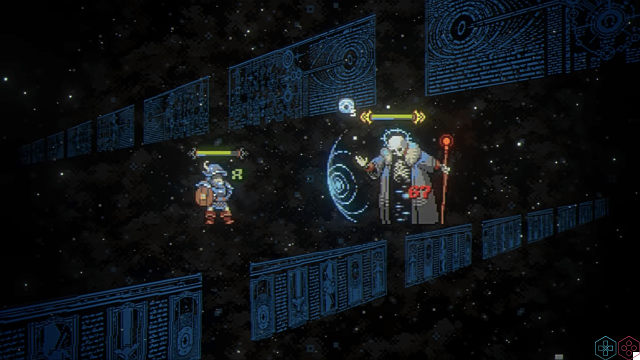 In conclusion we can say that the title really struck us for its singularity, degree of automatism, but above all of involvement. In fact, one game will lead to another like cherries and even our playing strategies will continue to change with each "spin". Sure, of course we could warn a certain sense of repetition and difficulty in facing the first boss, but taking the right confidence with the mechanics, you will be ready to solve the dark mystery!

So if you want too try this game with some discount, we advise you to click here, while, to be always updated on the video games of yesterday and today, stay with us on techigames!

8.5 Another round, another adventure

add a comment of Loop Hero Review: Another Round, Another Adventure