When expectations are high, it's easy to fall into that terrible feeling of disappointment that annihilates every single bright side of what we're playing - find out why Little Town Hero made us embittered in our review.

When a title comes out very quietly, without major marketing campaigns, advertising or resonance, there are two things: either the person who developed it is an average small company with an equally unknown publisher, or the title is not considered with so much potential. . When your name is Little Town Hero and it is none other than Game Freak who created you and when no one has clearly noticed your release, a little stink under the nose begins to feel.

Released on October 16 in an obvious Nintendo Switch exclusive at a budget price, Little Town Hero tries to propose an atypical role-playing game, mixing the basic styles of the genre with those of card games. Find out with us, in our review, why it turned out to be half a disappointment in the end.

Our simple and pleasant story begins in a village that, at first glance, let's face it, not bad at all. Very colorful and lively, very pleasant to see, detailed and endowed with personality. Here, this is a point that we want to emphasize since the beginning of our review: Little Town Hero lacks personality. Of bite, of desire to truly innovate. The village is one of the few real strengths of the title: the wind that moves the branches of the trees and the ears of corn, the river that cuts it in half, the farms, the shops, the mine.

Every single place is permeated with life, but not so much for the presence of the inhabitants, as for how it was actually created. This is where our protagonist, Ax (but you can rename him as you like at the beginning of the adventure), lives with his mother. The father passed away many years ago, without leaving any trace, and Ax na has a vague memory. He leads a modest, simple life: he works in the mine, helps his mother and plays with his closest friends. All of this until he finds a strange red stone on a morning of work and, from that moment, monsters begin to invade the village. 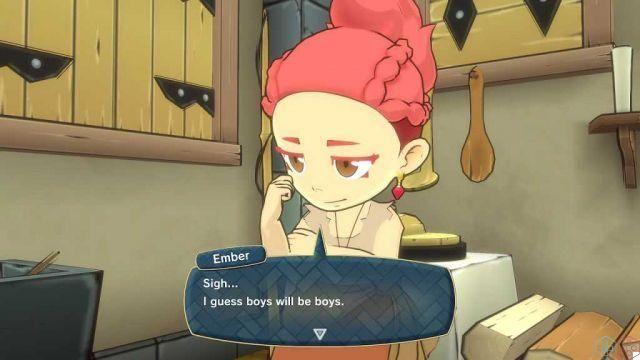 Simplicity is in the little things - Little Town Hero Review

We do not want to reveal further than the plot, which, although simple and rather banal, it does not lack interesting ideas and is, all in all, pleasant. The main problem of appreciating the script is the lack of empathy that one can feel towards the protagonists, the supporting actors and the inhabitants of the city. Calling them trivial is an understatement and a compliment. The other inhabitants, especially, will be one clone of the other, all created with recycled models. And you will understand well that for a game created in a single, small village, always see the same features and the same dialogues proposed, the latter of a rather embarrassing quality, will turn out rather unnerving and disappointing.

also the secondary missions that the various supporting actors will entrust to you, even if they try to give greater depth to the characterization of the same and the game world, will ultimately result in a simple filler not even that interesting, a way of lengthening the soup that constitutes the twenty hours or so that are needed to complete Little Town Hero. 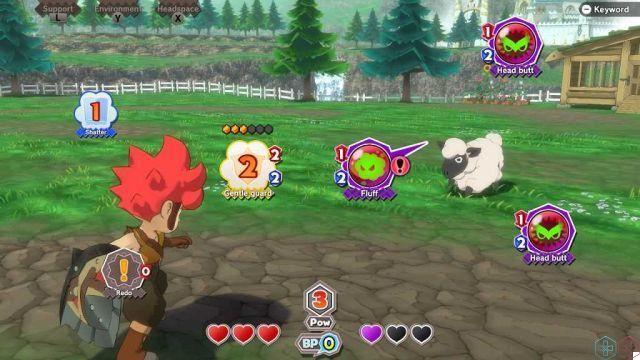 So how do we handle complicated things? - Little Town Hero Review

As we have already said in the introduction of our review, Little Town Hero is an anomalous JRPG and atypical, which attempts to mix the typical elements of the genre with those of card games. In fact, since the first trailers that showed us the title, originally known only as Town, we were quite fascinated by the concomitant presence of turns, "cards" with attack and defense, a development grid for Ax and many other small details that they had given us hope. Hope partially destroyed.


Let's start with a small explanation of how the combat system of the Game Freak title actually works. Everything is based on two fundamental concepts: the Izzit and Dazzit. The Izzits are the ideas of skills that Ax can think of and that we will then have to transform into Dazzit in order to actually use them.

Each Izzit has three values: the cost,attack and defense. The last two are quite intuitive, the first, on the other hand, is an indication of how much power Pow the idea will consume once it is transformed into Dazzit. The Pow of Ax goes from three to six points maximum in each fight, it recharges at each turn and increases as the challenge continues over time. In each round our Dazzit will collide with those of the opponent, comparing their attack and defense values. When we have sent all the opponent's Dazzits to Break we will have the possibility to hit him directly, if we have a red Dazzit. Wait, red? 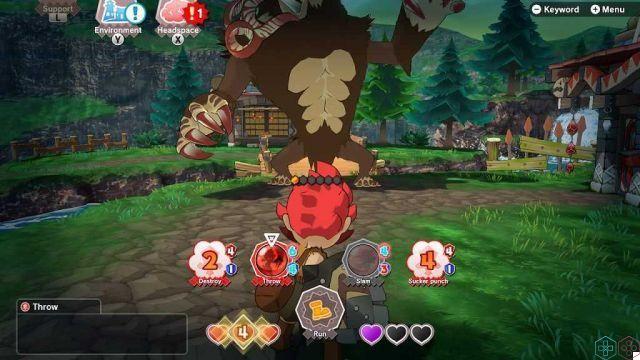 In a confusing and random way, of course - Little Town Hero Review

Basic, ideas can be of three different colors: bitchy, for those devoted simply to attack and which can only be used once per turn regardless of whether they are destroyed or not. Yellow, which generally have a higher defense value and which can be used multiple times in the same turn until the latter is completely reset. Blue, not equipped with attack and defense values, but which guarantee positive effects to other ideas or which can cause damage to the opponent without colliding with his Dazzit.

Furthermore, every Dazzit can have positive effects on Ax's other Dazzit or negative effects on opponents' ones. At the end of the clashes or the various secondary tasks that will be entrusted to us we will get the Eureka points, which we will have to wisely use to improve Ax's ideas. To add even more depth to the gameplay will be introduced gradually more and more mechanical, from moving around the map to the Dazzit Mixer, but we want to leave you the surprise of gradually discovering a very varied and potentially fun combat system. Potentially.

A mess to explain, much easier to play. You will soon get to grips with the game foundations and the various mechanics that will be added later. There are no random encounters, in Little Town Hero, and each clash will be dictated by the plot or by the eternal rival who every time will try to put a spoke in the wheel. Maybe a little too often. 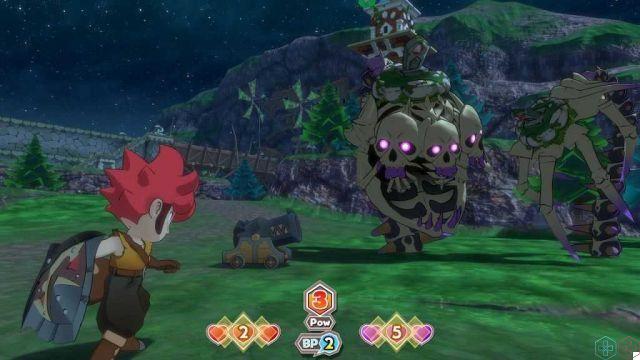 But so it's a soulslike! - Little Town Hero Review

What is the real problem then? The balance. The clashes they won't be very many, but often they will be a lot long and tiring. Boredom comes soon, especially when we found ourselves forced to repeat a very long fight (and let's not exaggerate if we tell you that towards the end they can last up to an hour) for a mistake made in the first bars of the game.

Aesthetically speaking Little Town Hero is very colorful, but you can very well see how little money Game Freak has decided to spend on it. The animations are slow and soapy, but above all very few. Especially in fights, Ax will use the same moves for dozens of different Dazzits.

In terms of texture and general rendering we didn't notice any kind of difference between portable and docked mode, which we allow ourselves to consider a nice flaw. A few frame drops here and there, a bit of pop-ups and a few small loads that arrive late do not necessarily undermine the Little Town Hero gaming experience too much, but we cannot fail to consider them in the review.

Nothing to complain about the sound sector: on the other hand, it was none other than Toby Fox, the composer behind Undertale, so we couldn't have expected anything less. 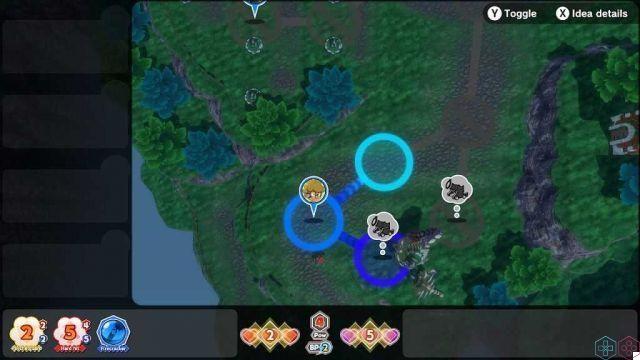 In conclusion, Little Town Hero is the closest to the word disappointment we can say we have found lately. The general quality of the title is not really insufficient, but we would have expected a lot more both for the premises, for the potential, and for the name that the company that developed it carries behind it. Game Freak, make sure you don't mess with Pokémon at this point.

add a comment of Little Town Hero Review: The Definition of Disappointment