The time has come. After several months of anxious waiting for the first reveal of Life is Strange: True Colors, in the past few days we have been able to put our hand to the game, experiencing the events and adventures of Alex Chen and Haven Springs: below you will find the review, in which we will analyze in detail all aspects of the title without spoilers

For a fan of the series, talk about Life is Strange it means talking about a piece of oneself. Being able to live the adventures of Max e Chloe almost by chance back in 2015 not only has the way of approaching video games, but also allowed to know one of the favorite series ever. This love against the series has managed to survive over the years to date, also thanks to the chapters and spin-offs that have succeeded the original game and have been able to awaken such a feeling.

Having said that then, in this one review we will analyze in as much detail as possible the last chapter of this wonderful series, that is Life is Strange: True Colors, so as to have a precise idea of ​​what to expect (all clearly spoiler-free). As we already know, the relay is no longer in the hands of Dontnod, but has passed into the hands of Deck Nine, which in the past had already distinguished itself for the excellent work done with the Before the Storm spin-off. Will this new chapter be able to meet expectations? The answer can be found in the next paragraphs.

Before proceeding to the actual review of Life is Strange: True Colors, let's talk about the plot. As we can also see from the game trailers, Life is Strange: True Colors is set in Haven Springs, a small mining town of the Colorado. We will take the role of Alex Chen, a XNUMX-year-old girl who, having spent most of her life struggling with the family-houses, moves to Haven to find his brother Gabe after many years.

After having acclimatized and after having experimented the welcome of Haven and its inhabitants, a fact will happen that will trigger all the events of the plot: Gabe dies, in what only apparently appears to be a tragic accident. Alex, with the help of his friends Steph e Ryan, will therefore try to investigate the story, trying to bring to light who is truly responsible for the death of Gabe Chen. 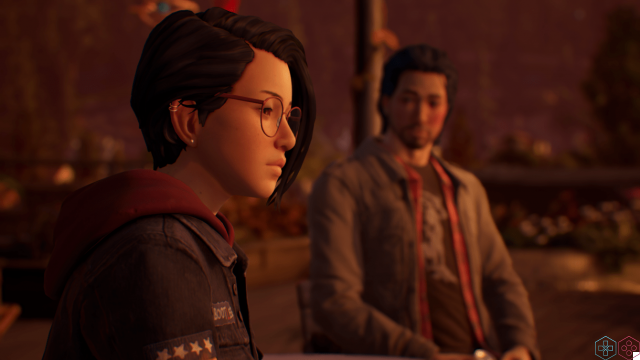 A Not Too Super Power - Life is Strange Review: True Colors

What is the common denominator of any Life is Strange? In fact, speaking of the superpotere of Alex, it consists in the ability of perceive the emotions of others, through a colorful aura that surrounds the character based on the emotion felt. This in the game is declined in many different ways: there will be parts in which we can simply perceive the emotions of those around us, up to the most crucial moments, where real ones will form around Alex suggestive visions thanks to which she will be able to fully understand the motivations behind the emotions of a character, even if on the other hand she will also be forced to feel the same intense emotion (these moments will then be noted in Alex's diary).

The rendering of this game mechanic is successful, although in some moments it can arouse Some doubts. If on the one hand the "visions", although always visually pleasing and suggestive, do not add nothing different from a playful point of view (limiting the player to the simple interaction with the environment before finding the answer to a problem), on the other hand, to really benefit from it is exploration, made interesting thanks to "memories" enclosed in the objects (which act as collectibles useful to deepen the history of the real characters) and thanks to the possibility of help the NPCs found around Haven Springs. 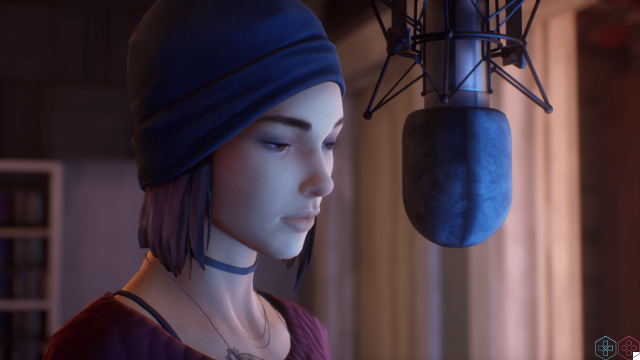 Speaking of exploration, Haven Springs is one rare beauty. All the chapters of this adventure unfold almost entirely in this small town, which therefore becomes totally explorable from the beginning. We can then go around, find Remember, talk to characters and most of all see Haven evolve around us in the course of the days, with his mountain landscapes and its panoramas surrounded by greenery. Simply put, Haven Springs is one spectacle for the eyes, and you can't help but fall in love with it during your game.

This is also made possible thanks to the unmistakable graphic style that characterizes the series since the first chapter. Clearly it was improved in detail over the years, but the juice always remains the same, and it can only go well with it. Indeed, the graphic style stylized and cartoonish of Life is Strange: True Colors, analyzed in this review, goes very well with the settings, making the city of Haven Springs a small earthly paradise surrounded by nature. 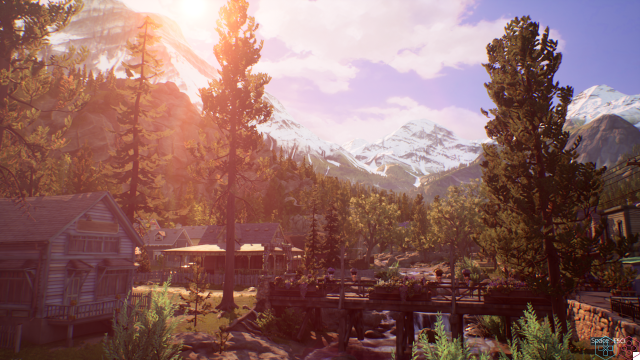 In the face of people who see the term with distrust, associating it with productions considered to be of low quality, when we talk about Life is Strange we are talking about teen drama, with everything that goes with it. And, as far as True Colors is concerned, this is to be expected: do not worry fans who have been disappointed by Life is Strange 2 drastic change of course, because in True Colors you return to origins.


There is the protagonist, a twenty-one-year-old girl who has just arrived in town, there are the supporting characters and secondary characters who are very well characterized and with whom Alex will have more or less conflicting relationships based on the our choices; there is adolescent spirit typical of young adults and much more. Some plot choices also follow the same identical schemes proper to the history of primo Life is Strange, which will allow us even more easily to feel the atmosphere that had so enchanted us years ago, with the risk of being a little redundant. 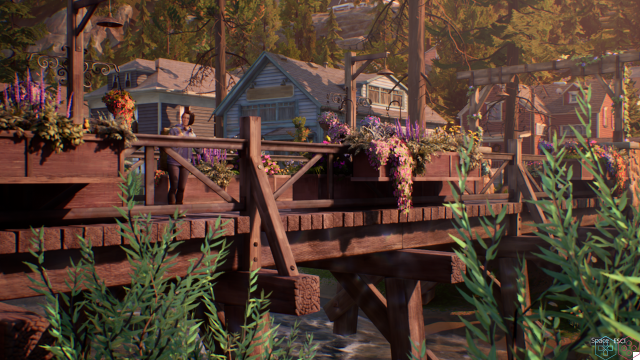 In general, the plot is well structured, always able to keep the viewer's interest high between the Haven Springs mystery and Alex's relationships with others. What perhaps can break the magic a little are the choices we can and that, above all, we can not do. This is a problem that the series has always carried with it: in these games the intent, of course, is not to give the player a real choice on how to influence the most important events, but to give him the illusion of having decision-making power.

This illusion breaks when the player becomes aware of not being able to choose what the protagonist says or does: in the history of True Colors, this process is likely to occur on more than one occasion. In fact, it may happen to the player to find himself displaced in front of some decisions of Alex on which he had no control, decisions necessary for the narrative development in the direction set by the developers, but which perhaps they would prefer to manage differently. 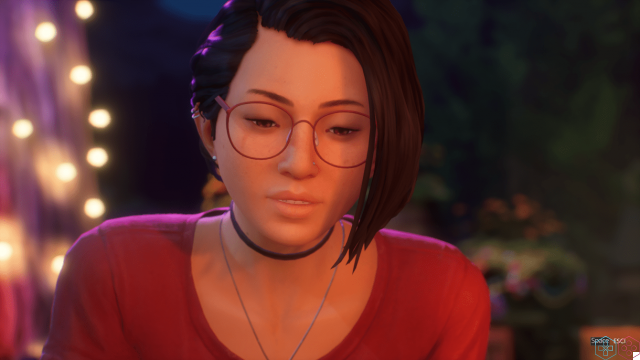 In short, however much they are present some weaknesses that could have been managed differently, we just have to promote Life is Strange: True Colors with flying colors. For those looking for a young adult adventure fun, intriguing but also mature, will find bread for his teeth in this new chapter. Determined to return to tradition, to have the certainty of pleasing his audience, the choices of development of the plot, as far as they may seem redundant, they will make you thrill to the events of Alex.

This is also thanks to the characters, all well characterized and well developed, with which you cannot do without empathize throughout history. Some elements persist that raise some doubts, such as for example the playful impact of Alex's power in some sections of the game or the forcing of certain choices for the correct procedure of the narrative, but ultimately in front of the strong points of this graphic adventure they must be taken with the right weight.

At the end of this review we remind you that Life is Strange: True Colors is currently available for PS4, Ps5, Xbox One, Xbox Series X|S e PC (Nintendo Switch version also coming later). To stay updated on all the most important titles in the videogame world, we invite you to stay tuned to the pages of techigames. If you prefer to buy game keys at discounted prices, you can do so through our link to Instant Gaming.

8.3 An excellent return to origins for the series

add a comment of Life is Strange Review: True Colors, Mysteries and Emotions in Haven Springs