Legend of the Five Rings: the RPG for Need Games is here

The Legend of the Five Rings arrives at Lucca Comics for Need Game, the fifth edition of the Alderac Entertainment Group RPG

The announcement is very recent: Need Games will bring the fifth edition of the RPG of The Legend of the Five Rings to Lucca Comics and Games 2019. Inspired by the famous card game distributed in Spain by Asmodee, this new version of the RPG will allow you to take on the role of samurai, ronin and more. The setting, inspired by the Japanese feudal one, is waiting to be discovered and we took a few days to gather information on the game and be able to talk about it in detail. Are you ready to join us in this immersion in the world of honor? 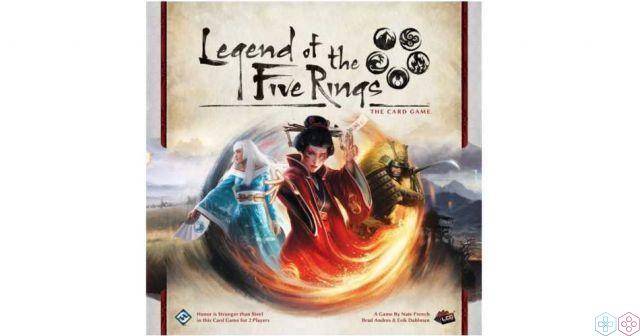 The Legend of the Five Rings RPG: honor is stronger than steel

The Rokugan Empire has been ruled by Emperor Hantei and the seven Great Clans for over a thousand years. Now, however, a new threat spreads from the Shadowlands, destined to break the peace and crack the harmony of the five elements themselves. An era of turmoil is about to begin and the samurai will have to rise to defend the kingdom from the forces that want to conquer it. The Way of the Warrior will be the only answer, but will Guardians be able to overcome desires and passions and fight for the future of the kingdom?

Now in its Fifth Edition, based on Fantasy Flight Games' Genesys game system, The Legend of the Five Rings RPG features original mechanics and special 6 and 12-sided dice. You will play as the samurai of the Emerald Empire, born to serve the Clan and the Emperor. And you will follow the Bushidō, showing loyalty and honor and facing the dark threats of the Shadowlands.

The manual, sold in preview at Lucca Comics for € 49,90 and including PDF, contains everything you need to start playing. Rules for creating samurai characters, with complex skills and backgrounds, and mechanics to facilitate the Game Master's work. At the fair, it will also be possible to purchase the Game Master Kit, containing the GM screen, additional rules for clans and an adventure, priced at € 24,90.


The dice, sold separately, will be customized with the symbols of the clan, and can be purchased in the Dice Pack for € 14,90. Alternatively, the game's official app will be available in the main app stores.

Are you ready to join the Legend of the Five Rings RPG? We do, and we can't wait!

add a comment of Legend of the Five Rings: the RPG for Need Games is here