Here is the review of Layton's Mystery Journey: Katrielle and the Plot of Millionaires Deluxe Edition, a puzzle game for all ages

Layton's Mystery Journey: Katrielle and the Plot of Millionaires Deluxe Edition is many things. First of all, it's a game with too long a name and for that reason we'll just be calling it “Katrielle and the Millionaires Plot” from now on. Secondly, it is the first occasion for the series dedicated to the Layton narrative universe in which a game arrives on the Switch.

Unfortunately, this is not a new chapter, but "only" a Deluxe conversion, as the name already suggests, of the game originally released in 2017 on mobile devices (and then on 3DS, the “real home” of the series). With the slow but constant move away from your portable console, it's time to give new light to the saga on another platform but, let's say it right away, despite being a valid game Katrielle and the Millionaires' Plot is not the ideal "champion" for win that battle. 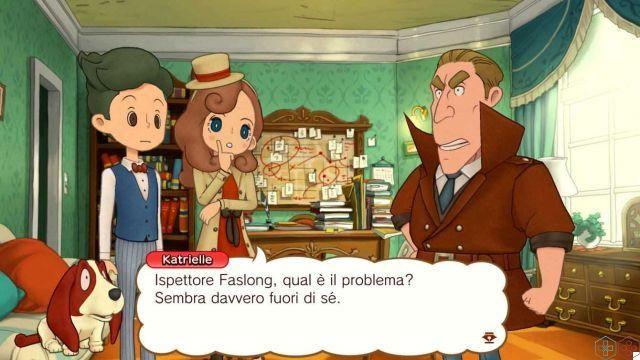 Woman is mobile - Review Katrielle and the Millionaires' Plot

The real problem, but perhaps not for everyone mind you, of Katrielle and the Millionaires Plot lies in its original matrix. Born as a mobile title, the game has rightly taken a different form than in the past. Not only is the well-known professor sidelined in favor of his daughter Katrielle, less famous but equally adept at puzzles, but it is the very structure of the narrative that has changed. Designed for a more impromptu and rapid use, the game forgoes a great plot (that is, a single mystery to be solved) and is divided into a series of micro-cases.

Each of them asks us to explore a handful of environments, talk to a few characters, solve some puzzles and watch Katrielle discover six clues that will lead to the resolution of the case, automatically. Everything is very fast and supported by a series of more or less comic skits involving Katrielle and her helpers.


The main cast is in fact composed of the group that gravitates around the young detective: Ben, willing helper (read: stubborn) and inexplicably in love with the protagonist, e Sherl (from Sherlock Holmes) talking dog who asked Katrielle for help to discover his identity, having lost his memory. In addition, there is a somewhat dull Scotland Yard inspector and Rita Giusti, an expert profiler and investigative “rival” of ours. To these are added the characters of the individual cases, which will be repeated several times.

Overall, it's a large but very straightforward cast. Focusing on our trio, the player must be warned of the fact that they are not very multifaceted characters and that, due to the aforementioned narrative structure, daughter of the mobile world, they do not have a great chance to grow and deepen. Layton's world has always been simple, a playable anime / cartoon, with caricatured characters, but at least they had the space to express themselves. Katrielle, to close the narrative question, is also what she appears to be: a little girl; during the cases he will get distracted thinking about food or going to buy a new dress (and you can do it, personalizing it as you prefer). The seriousness of Professor Layton is far from it: the historical fans, perhaps, will not be too pleased. 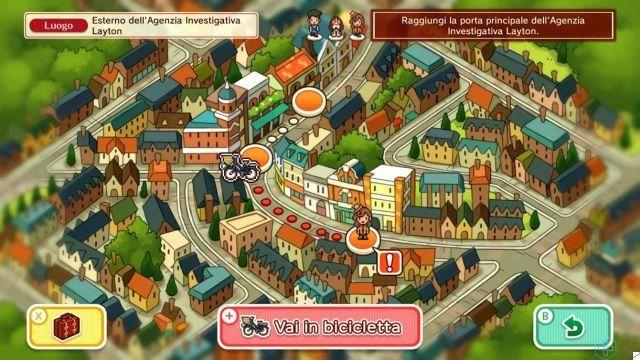 Plot and characters, therefore, do not convince: what remains? Well, the real game. As all fans know, even though Katrielle and the Millionaires' Plot is a graphic adventure, the fundamental nucleus is the resolution of the many riddles and riddles. The main campaign features around two hundred, many of which are hidden and not mandatory to advance. To these, there are another 365 (one per day) to be downloaded via internet connection: a solution that is the daughter, once again, of the mobile birth of the game.

While originally pushing the player back in every 24 hours to get a new puzzle to solve made sense, on the Nintendo Switch it feels a little out of place, unless you use the console only in handheld format on a daily basis (like while traveling. on the train). Potentially, however, you will be dealing with more than 500 puzzles between now and next fall.

Historical fans already know what to expect from Katrielle's riddles and the Millionaires' Plot. If, on the other hand, you are new to the saga and are thinking of launching yourself into it with this chapter, know that the Layton series is based on logical puzzles, different from the "real" puzzle games (The Talos Principle, The Witness, Braid, The Swapper …). Each riddle has its own rules and context and is fundamentally wordy. Each challenge requires several lines of explanation and, in the simplest cases, it is more time to read than to solve the puzzle.

Verbosity, in addition to slowing down the playful pace, however, brings with it a problem: basically, the explanations related to the riddles are sometimes a bit foggy, moreover, within Katrielle and the Millionaires' Plot there are some poorly done translations that will make it more difficult to understand what is the point of the speech and, once having solved the riddle by trial and error, they will push you to say “ah, but did they mean this? It was not understood in the least ". It only happens every now and then, mind you, but for sure Layton is not a game for those who want to go in a hurry (which clashes with the idea of ​​making a mobile game, don't you think?): Budding player warned, half saved. 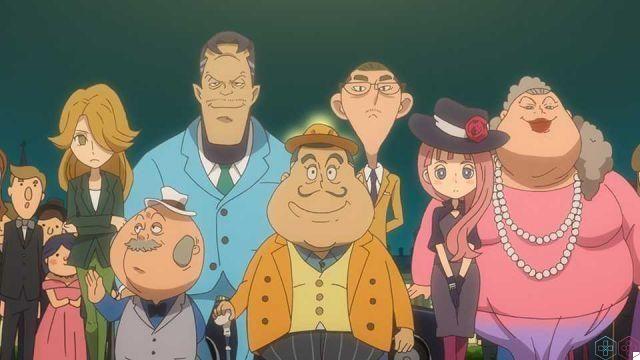 From mobile to hybrid Switch - Review Katrielle and the Millionaires' Plot

Gutted plot and playful component, there is nothing left to do but take into consideration the value of the conversion. The transition from mobile to Switch is obviously sensitive and has resulted in an increase in resolution: it must be admitted that Katrielle and the Millionaires' Plot performs very well on a visual level both in the portable version and on TV. Our test took place on a 4-inch 43K and seeing the puzzles at maxi size (compared to what the old portable chapters had accustomed us to) is pleasant.

Don't expect incredible polygonal models or jaw-dropping panoramas, but the 2D backgrounds are beautifully crafted, colorful, and in keeping with the style fans appreciate. Note on the occasional anime interludes that make the narrative sequences, normally managed in textual format, a little more dynamic. The dubbing, when present, does its duty, while the music does not remain impressed, without however staining itself with any sin. Finally, it is important to underline that the control system was fortunately well thought out: both via touch and via controller it is possible to act in the game with precision; obviously playing in portable format we will have access to all the options. 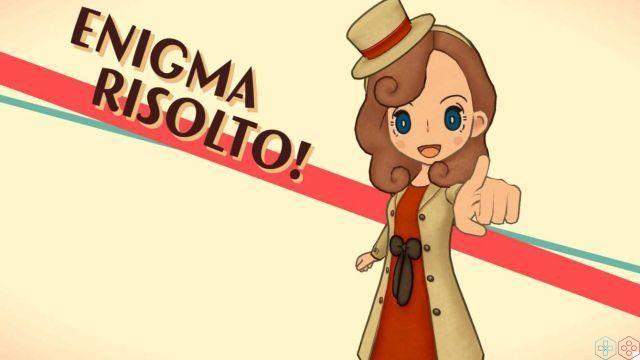 As you may have understood, Katrielle and the Millionaires Plot is not the great chapter that marks the return of the series, it is just a conversion that gives its best in the hands of players who use the console in portable format: it could be a great companion for Nintendo Switch Lite buyers, in essence, and less so for those who leave their hybrid in the dock next to the television. The big stumbling block, perhaps, is the price: 40 euros for a conversion of a title that can be found at a lower price on other platforms is perhaps a little too much, but all in all we have seen conversions sold at less honest prices.

Layton's Mystery Journey: Katrielle and the Millionaires Plot - Nintendo Switch 39,50 7.5 The beginning of the return?

add a comment of Layton's Mystery Journey Review: Katrielle and the Plot of Millionaires Deluxe Edition