Langrisser I & II is a collection that tries to revive the unfortunate series of turn-based tactical JRPGs, find out with our review whether it succeeded or not

The Langrisser series, a bit like many other distinctly oriental products, has never had much luck and success in the West. And definitely, even if you're a fan of old-fashioned tactical JRPGs, chances are you've never heard of this name. A little because the first chapter arrived in the West with the name of Warsong, a little because more noble series, like that of the Fire Emblem, have always held the scepter of power in this particular type of oriental role-playing games.

This hasn't stopped Chara Ani Corporation from wanting to revive the two original titles, Langrisser I & II, in the form of Remake for PlayStation 4, Nintendo Switch and PC. Probably (or rather, certainly) in the wake of the success of the gatcha game for mobile, the company has aimed at that audience intrigued by the latter to revive the fate of the unfortunate series.

The first two titles in fact enjoyed a lukewarm success, while the last three, partly for the console to which they were related (the Sega Saturn, already unfortunate in its own right), partly for a lower overall quality, were largely left in oblivion. . Will they be able, with this Remake, to bring back two certainly valid titles? Let's find out together with our review.

We admit right away that the script in the Langrisser series is not the main focus. A world always plagued by the eternal clash between good and evil, a legendary sword able to defeat the darkness and the evil rulers who try to take possession of it in order to command the world. In the first chapter we will take on the noble clothes of Ledin, heir prince to the throne of the kingdom of Baldea, who will embark on a journey aimed at the revenge of his lost father and the regaining of the legendary blade. In Langrisser II, however, we will impersonate Elwin, a wayfarer of humble origins (albeit damn similar in features to Ledin), who will find himself involved in a much bigger situation than him because of a woman. To follow, fight against the evil kingdom and so on. 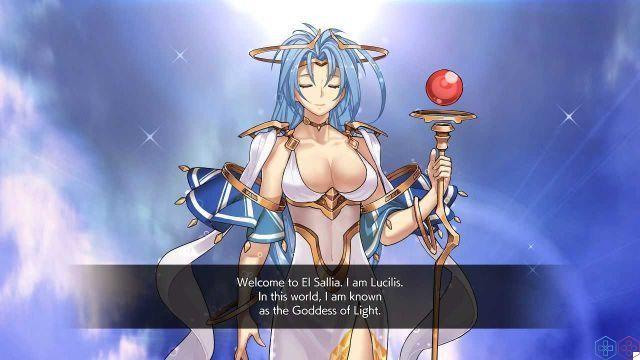 But who cares about fiction - Review Langrisser I & II: Deviantart and Amarezza

If, therefore, we can define the attempt at a screenplay by the two Langrissers is "banality", but that's not so much a flaw. The main focus of the two titles is certainly the gameplay, the events and the characters are just a side dish aimed at justifying the various fights in the different "scenarios" that we will find ourselves experiencing. The whole thing is even more amplified given the times in which Langrisser I & II originally came out, a historical moment in which the narrative, unlike today, was completely irrelevant for gamers.

So let's move on to the gameplay we mentioned earlier. Langrisser, as mentioned at the beginning of this review, is a strategic turn-based JRPG. Our heroes, and consequently our pawns, will move in the various scenarios through a chessboard. The objectives for completing the scenarios will vary from time to time, although the classic "defeat all enemies" will be the master. But we will have to be careful, because often charging enemy pieces head down will not be the most correct strategy. 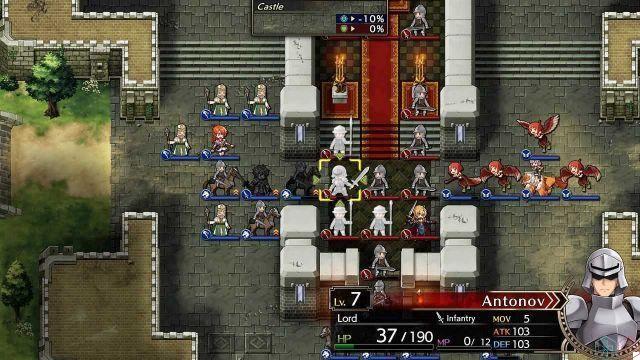 An eye to customization - Langrisser I & II Review: Deviantart and Amarezza

Our heroes, which as we continue with the adventure will be more and more numerous, can be customized in different aspects. The stats will increase as you level up and as you equip more and more powerful weapons, armor and accessories. At each Level Up (and satisfying any objectives in battle), moreover, the heroes will get Commander Points (CP) to be spent to unlock increasingly powerful and performing classes.

Unlocking a new class will allow you not only to further increase the stats of your Heroes, but also to unlock powerful new tokens. We stress the obvious, but the more advanced pawns will be crucial in the final scenarios of the game.

The clash between pawns is always managed through the classic trio of strengths and weaknesses: the cavalry beat the infantry, the infantry beat the spearmen and the spearmen beat the cavalry. Then there are the wizards, able to cast powerful spells with single target or area, which if used wisely can be decisive in turning the tide of battle. At the beginning of each scenario you will be asked to choose the Heroes who will accompany you in the battle and the pawns associated with them, spending the game money. Here the first juncture of difficulty could arise, which was however smoothed out by the Remake. 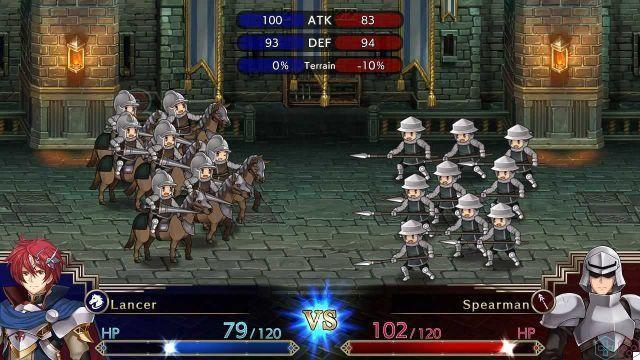 Be careful not to be too clumsy - Review Langrisser I & II: Deviantart and Bitterness

In the originals, it was immediately noted the enormous difficulty in obtaining money within the game, so you could summon tokens in a very limited way. This aspect, in the Remake, was filed down byintroduction of Easy Start, which you can select at the beginning of the game immediately after shaping your character. The Easy Start will guarantee you a large sum of money and several CPs that you can immediately engage in the battles that will arise.

Lovers of difficulty will be able not to select this option and dedicate themselves to the purest experience of the Langrissers. In addition, they will be able to dabble, at the end of the main story, with the Challenge EX mode, also an addition to the Remake. If you decide to embark on this fearsome adventure, get ready to think about how to best optimize your resources. You will need it.

In general, however, the Remake of Langrisser I & II did not in the least affect the gameplay, fulcrum of the title, which has remained practically the same as the original except for the small changes we talked about above. What has been markedly retouched is the graphics, completely revisited in a modern key. You can also select, from the options menu, the graphics that made anyone who played the Langrissers in the 90s fall in love with… And luckily, we would dare to say. 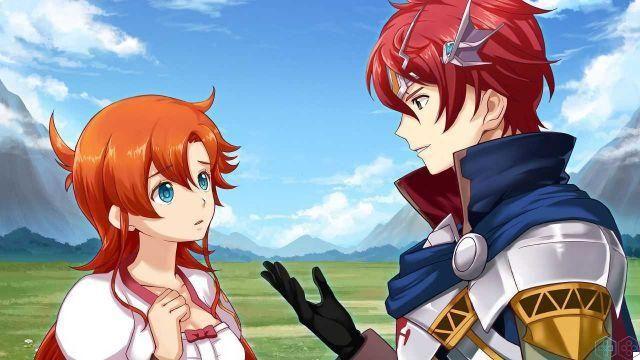 What a great, very great bitterness - Review Langrisser I & II: Deviantart and Amarezza

The sprites and settings of the Langrisser I & II Remake seem to come straight out of a Deviantart fanart. Definitely a strong statement, but if we consider that the same elements looked at in the mobile game have an infinitely higher level of detail and aesthetic care than those of two titles sold for 49.99 € on both Nintendo Switch and PlayStation 4, you will understand well the our rawness. A free-to-play game against two titles sold at no budget price. Let this difference flow into you.

A real shame, considering that the rearrangement of the soundtrack, on the other hand, is pleasant (Here too you can select the timeless original in the options menu). We are very sorry to have to underline such a marked lack of desire to improve the only thing that really went to affect: the aesthetics. Dull models, devoid of particular details and shading. Equally sterile environments, ridiculous animations (you will find yourself skipping the clashes between pawns pretty much always after the first ten times) and a revolution of the character sprites of a long time to fanservice. What a great pity. 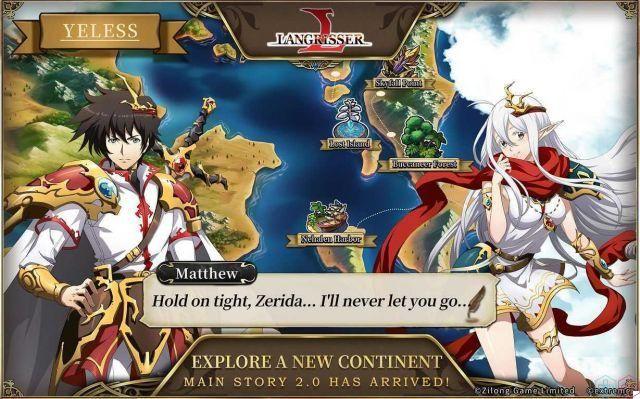 It was better when it was worse

Ultimately, Langrisser I & II is a Remake of two great classics that keeps afloat simply because the two originals are and will remain pearls of the strategic JRPG genre. The almost non-existent narrative is not a big problem, considering that the main focus is on a solid and satisfying gameplay in its simplicity. The very small additions for the difficulty, however, cannot be considered sufficient if we look at the graphics which, instead of being improved, have been made more dull and lacking in character.

Do you recommend buying Langrisser I & II? Absolutely yes, but the first thing you will need to do is go to the options menu and select the original sprites. Do it, for your own good.

7 More can be done

add a comment of Langrisser I & II Review: Deviantart and Amarezza