Kunai review: the adventure of the deadliest tablet in the world

In this review we will talk about Kunai, the fun action metroidvania developed by the independent software house TurtleBlaze

A planet in trouble

The title is set on earth in the very distant future where, due to a catastrophic event, almost all human beings are dead and the planet is in the hands of robots. In this apocalyptic scenario the hopes of the earth are pinned on Tabby, un tablet ninja which will help the resistance defeat the evil AI Lemonkus who is trying to destroy the planet.

In the course of our adventure we will have to guide Tabby through a large number of scenarios, ranging from factories full of robots to huge desert expanses. These areas are rendered to perfection thanks to a very simple but impactful pixel art and a minimal color palette. The choice of colors used in the title makes the areas easily recognizable and extremely beautiful, but unfortunately in some sections it is not easy to distinguish the elements in the foreground from those in the background and, especially in the most excited moments, this problem could be extremely annoying.

These enchanting sceneries are flanked by great soundtrack, which helps to create a unique atmosphere in each map. Furthermore also the animations are extremely accurate, especially as far as the protagonist is concerned, as he will have a unique facial animation depending on the action he is carrying out. 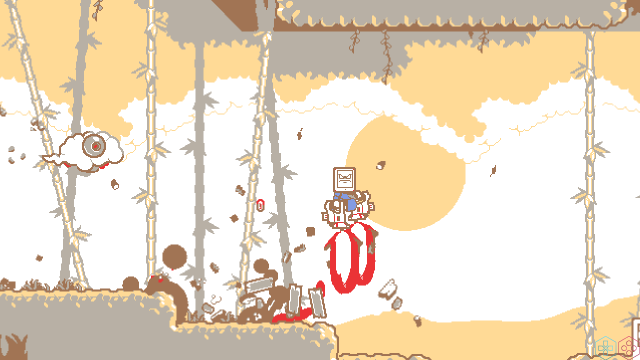 Tools of the Trade - Review Kunai

In Kunai, players are led to adopt a very frenetic style of play and this happens thanks to the use of kunai. The kunai will be the fundamental tools on which our adventure will be based and will be part of our equipment from the very first hours of play. These gadgets will allow us to climb walls, swing on the ceiling and quickly reach distant enemies. The whole game is based very much on the use of these tools and therefore it is essential to learn to master them.

These gadgets, however, will not be the only ones we will have, but as in any self-respecting metroidvania during our adventure we will also come into possession of many other equipment. The main use of these tools will be to help us access new areas to continue the adventure, but they can also be used in combat. Of course they will never be as effective as our trusty katana, but they can still be very useful, especially if we decide to upgrade them. In fact, every tool we will have can be improved by spending coins, so as to unlock many different skills useful both during combat and exploration. 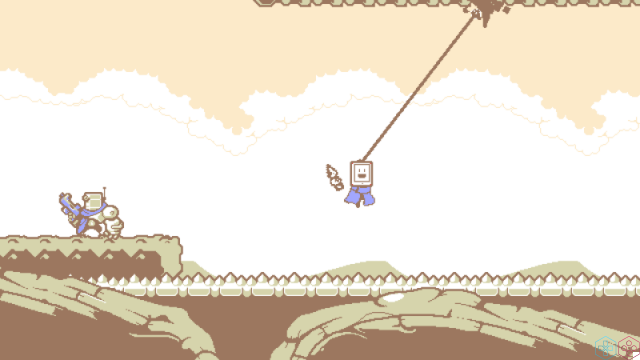 During our adventure, we will face many different opponents in the service of the mighty Lemonkus. In each area we visit there will be many different types of enemies and each of them will have their strengths and weaknesses. Learning to understand what is the best way to fight each type of enemy will be essential to be able to have the upper hand even in the most difficult battles. Fortunately the design of Kunai's robots is extremely accurate and therefore it will be really easy to be able to distinguish the opponents even during a fight.

In the title they are also present many bosses and as for the basic enemies they will all be very different from each other both in design and in fighting style. Some will have to be defeated using a specific tool, others will offer platforming-based challenges, while still others will engage in classic combat. These bossfights, however, despite being very varied and interesting, in most cases are a bit too simple and easily forgotten. 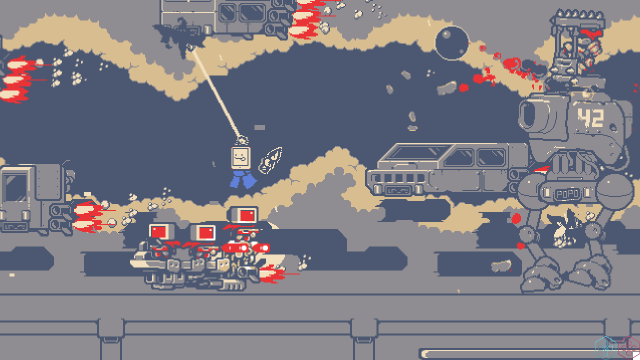 Thanks to the abundance of secrets and hidden treasures, exploring the Kunai map is a really fun experience. Each area of ​​the map will be very different from the previous one and it will be possible to use different methods to overcome the obstacles that we will face. However, the title ends with using the same structure too excessively to overcome some points of the game.

Very often during the adventure we will find ourselves in front of a closed door and to continue we will have to take a long detour that will lead us to the switch able to open it. Once we find the switch, however, we will be forced to repeat all the way backwards and very often there will be no difference compared to when we first traveled it. This level design choice is not particularly brilliant and after the first few times the player risks getting bored. Moreover, since dying does not involve any penalty, players will often prefer to commit suicide, so as to respawn at a previous checkpoint and avoid repeating the path. 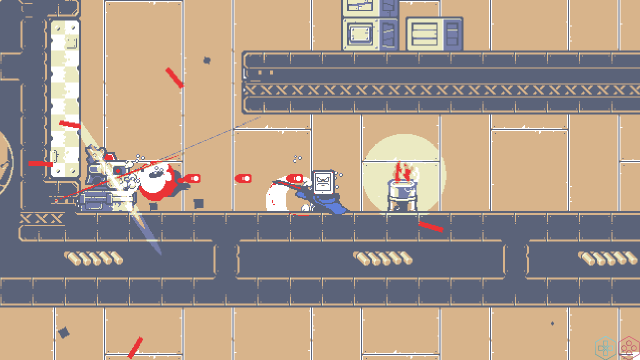 Kunai is an unassuming title, which finds its strength in a simple storyline, funny characters and fast gameplay. The difficulty of the title is quite affordable, but still manages to offer some challenges to veterans of the genre. We are certainly not in front of a masterpiece, but in any case Kunai turns out to be a very pleasant experience for all types of players.

From a technical point of view the game does not present many problems. During our test there were no crashes and the title was maintained stable at 60 FPS even when many enemies were present. The only bug found concerns the uploaded attack, which if performed in certain areas risks making your protagonist interpenetrate with the ground. If you are a metroidvania lover or just looking for a fun title to hang out with, Kunai is the game for you.

Kunai è available from today 6 February on PC and Nintendo Switch. If you are interested in staying up to date with all the news on the title and much more, then keep following us here on techigames.

add a comment of Kunai review: the adventure of the deadliest tablet in the world