Kiwi Jam Review: The right game in the wrong place

The review of Kiwi Jam, a free to play platform for mobile platforms, made by the Spanish Widoki Games

Kiwi Jam is a free to play title, without fundamental app purchases to continue, where we will take possession of an unlikely and likeable character created by the Spanish boys of Games views. Our bizarre hero will be able to take advantage of three different types of attack while running for a map that develops completely horizontally, in addition to these three attacks our alter-ego will also be able to jump to use the map to his advantage, a platformer in full style Rayman.

I three attacks will be divided into: standard, medium and powerful and each of them will have a longer recharge time based on its attack strength. In addition to trying to get to the end of each level alive, killing as many enemies as possible, during the game sessions we will also have the opportunity to come across jars of jam (keep in mind the jars I will talk about later) and medical kits, which will restore health, to be collected. 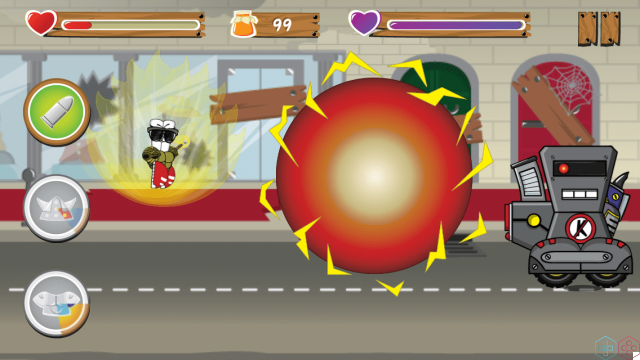 The game is divided into "worlds" and each "world" has three levels in which we will find, at the end, a unique boss, ready to wait for us to prevent the continuation of our adventure. As previously said, there are no in-app purchases and not even advertising is invasive but it is possible, always at the player's discretion, to watch mini trailers of other applications to earn more jam. The game at the beginning may seem obvious and soon bore but only to a not very attentive player, in fact the title, even if mobile, offers a high depth to those who will try their hand until the end of the adventure.

A small fish in a sea that is too large

As you may have read in the title, in my opinion, the title in question is a “right” game but in the wrong place, let's try to understand why. The Spanish development team shows all the passion they put into creating the title in two obvious ways. The first is the attention to detail of the plot which, in such a game, is often absent.

Just give a player a pretext to start shooting and this is what Kiwi Jam does but it does so by telling the story of the protagonist which, although absurd and certainly not written by a screenwriter, shows how much the developers are attached to their character. The second key point, which shows the muscles of the development team, is certainly the technical sector. The effects of the enemies that explode in a whirlwind of colors and the amount of details on the screen is really pleasing to the eye, even if at times the hand has been pressed a little too much, filling the view too much.

Returning to the topic of the "wrong place" I simply want to underline how, given the quality of the product, in my opinion the title would have expressed itself better on a portable console such as PS Vita, again as a free title, but with the possibility of using different hardware and improving some fundamental mechanics. 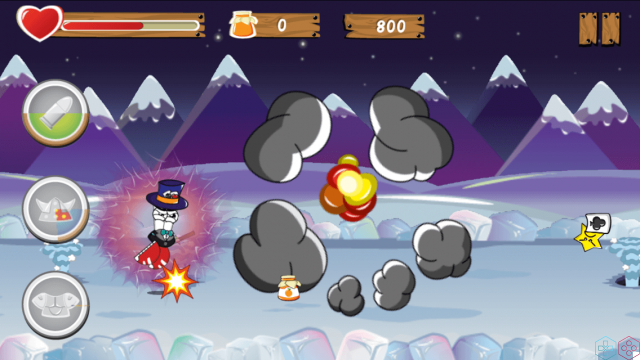 Too many hidden mechanics

As mentioned Kiwi Jam it has good mechanics that are not exploited and which, in my opinion, could make the difference between a mediocre game and a well-made one. In essence, the mechanics already present but are not highlighted as they should are three.

The first concerns the achievements (trophies) that are unlocked based on the points made with a lot of online rankings, essential to incentivize the player but inserted as a simple plus.

The second, which adds nothing to the gameplay but which nevertheless demonstrates for the umpteenth time the attention to detail, is the presence of a "bestiary" that tells us all the details of the mobs that we find along our path, a brilliant idea but still once little "highlighted".


The last hidden mechanic and, in my opinion also the most important, is the ability to unlock, using the famous jam points, different and fun to use skills; the mechanics of the "jam" is not explained in any way and this is really a shame as the variety of weapons that can be used exponentially affects the longevity of the title, not allowing the player to get bored and perhaps to precede in a more expeditious manner in its run. 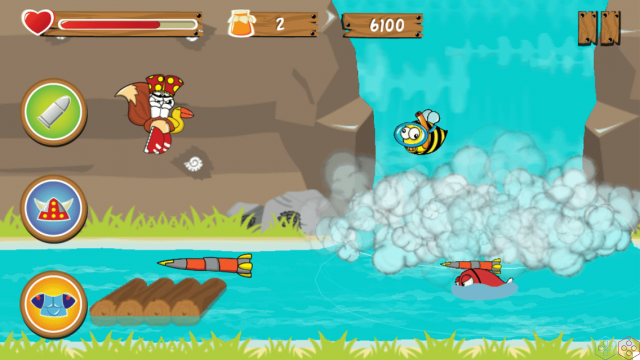 In conclusion Kiwi Jam it puts a lot of meat on the fire but in doing so it fails to emerge in its full potential. But, given that the development team aims to create new adventures for its hero, we are sure that in the future Games viewslearning from these small shortcomings, he will be able to create something better.We can only wish him good luck and hope one day to play a more complete title, with more solid and above all more explicit mechanics.

Kiwi Jam puts a lot of meat on the fire but in doing so it fails to emerge in its full potential. But, given that the development team aims to create new adventures for its hero, we are sure that in the future Widoki Games, learning from these small shortcomings, will be able to create something better.

add a comment of Kiwi Jam Review: The right game in the wrong place