Industry Games churns out its latest work, Kings and Heroes, a PC MMORPG available on Steam for a few days. Here is our review

Kings and Heroes is an RPG mixed with online MMO mechanics. The game is set in Everdale, a village where we will have various quests and dungeons to complete. The races present are seven: the Dwarf, the Elf, the Goblin, the Half Man, the Human, the Ogre and the Reptile with their respective classes, to be chosen at the beginning of the adventure. The Cleric, the Champion, the Ranger, the Hunter and the Mage. Each class has bonuses and penalties, for example the Cleric is more agile than the Champion but deals less damage. Each class has some active and passive skills for use in combat. On six fields we can act to modify the character to our liking: Charisma, Size, Dexterity, Intelligence, Strength and Wisdom. With these parameters, that is class, character and fields we will be able to create our own custom hero with which to face the adventures of Everdale. 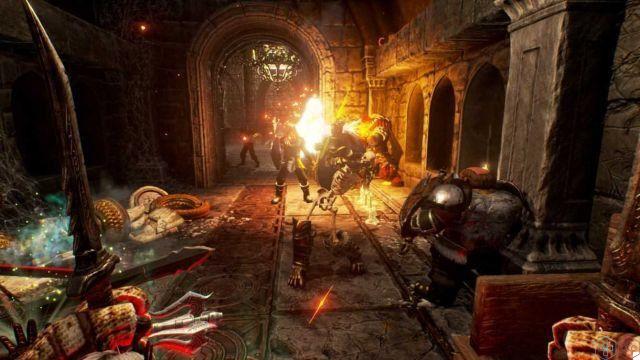 Kings and Heroes offre una 8-player co-op mode with which to face the quests and dungeons, some particularly difficult. The loot is essential to get the better of tough enemies, as well as being able to collaborate with our friends or other players. Thanks to the loot and the creation menu we will be able to collect weapons, armor or better clothes for our hero and upgrade them accordingly. The developers wanted to give importance to these two mechanics, fundamental to continue the adventure.

Dungeons come in many types and are procedurally created by the game engine, so we can expect different dungeons each time. From this point of view there is a good variety, which when attached to the hero, the loot and the creation, makes the game a good rpg. But it goes to sin on the MMO part. It is not always possible to find players online to face the various dungeons, if you do not have a crew with friends. 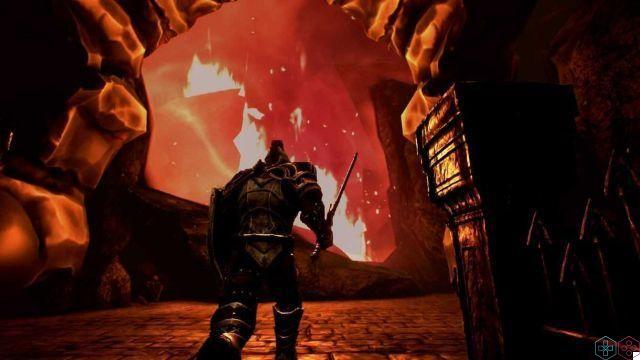 Kings and Heroes: an RPG also in first person

Another gem of the game is the possibility of being able to switch from a third-person view to a first-person one, making the experience more varied and engaging. The feature is very interesting, only ventured by The End Times Vermintide and a few others. The settings are varied, from classic fantasy castles to catacombs, passing through the forests. In general terms, stylistically, the developers did a good job. The same cannot be said from the point of view of the graphics sector.

The textures are not very detailed, the polygonal models are sometimes sparse as well as the internal and external settings. More could have been done from this point of view. The world of Kings and Heroes is vast and offers a long-lived gaming experience with abundant involvement. The rpg part is well taken care of, unlike the MMO one. THEThe game also lacks the Spanish localization, not even the texts are localized, making the experience more difficult for mono-linguists. We also noticed some bugs, which forced us to restart the software. Problems obviously correctable with a specific patch.

6 A discreet MMORPG per PC

add a comment of Kings and Heroes Review: A decent MMORPG