Kingdoms of Amalur review: Re-Reckoning, too much dust!

Almost a decade after the release of the original title, we return to trample the lands of Faelandia in our review of Kingdoms of Amalur: Re-Reckoning, the remastered version of an unfortunate RPG

Lovers of Western RPGs have a plethora of possibilities to appeal to if they want to experience complex and detailed stories and worlds. Among the most iconic are The Elder Scrolls series, for example, or even The Witcher. One of the most unfairly underrated titles of the last generation, however, is definitely Kingdoms of Amalur: Reckoning. A rich, complete and profound role-playing game, which at the time of its release, in the now distant 2012, received praise and praise from the critics. However, it was a terrible commercial failure and sold not even a third of the copies needed to balance the costs.

You can therefore understand well that we were rather perplexed at the announcement of Kingdoms of Amalur: Re-Reckoning, the remastered version of the original work that arrived on September 8 on PlayStation 4, PC and Xbox One, funded by THQ Nordic. A move in anticipation of an expansion of the stock, expected in 2021, with a new expansion called "Fatesworn". A DLC almost ten years after the release of the title could be defined at least a risky move, but we will see how this return will be taken commercially speaking. What interests us, in this instance, is to tell you about the title. Welcome to Kingdoms of Amalur: Re-Reckoning review. 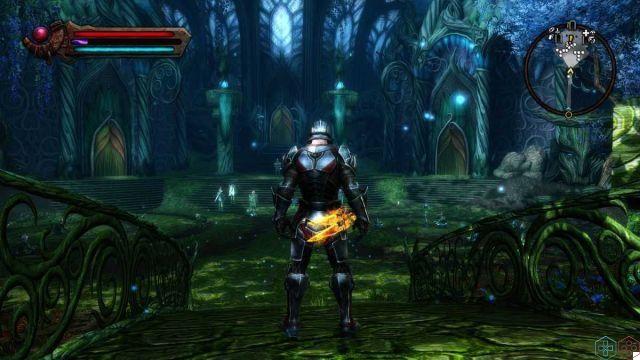 Classic, perhaps too much?

Think of a fantasy world, the most fantasy you can imagine. Think of a narrative fabric typical of Western-style RPGs, with different races interfacing with each other, undead and dead resurrecting. Think of a protagonist who can be customized in everything, from sex to the color of the earring to the nose, mute and with a foggy past. Well, you've thought about most of the modern Western RPGs, so Kingdoms of Amalur as well. The screenplay structure of the title, in fact, is the most classic and typical of the genre you can imagine. We are in Faelandia, in a land tormented by the eternal war with the Tuatha, immortal beings devoted to the God Tirnoch.


After a fairly detailed character editor, even if we are not at the levels of triple A productions much more important, our protagonist will magically awaken from death in the Well of Souls. The long tutorial will explain all the basic mechanics, even these very classic ones, and will allow you not only to get carried away with the commands, rather simple and intuitive for those who know the genre, but also with the different types of weapons that the title makes available to you. Swords and greatswords if you prefer strength, Bow and Daggers if you love fast and full of Dexterity characters, Sticks and Chakram if you like to play wizards. All classic, all intuitive. 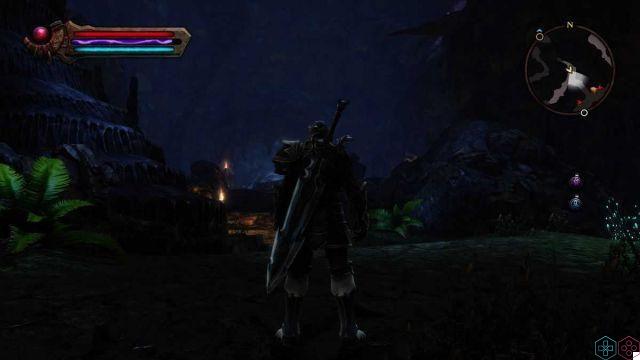 A Proven Recipe - Kingdoms of Amalur Review: Re-Reckoning, Too Much Dust!

Obviously, by fighting you will acquire experience points and, once you level up, you will get a skill point, which you can spend in the nine different ones present (Commerce, Persuasion, Burglary ... and so on) and another three points to be used in the classic Skill Tree, also it divided into three branches: Strength, Dexterity, Magic. This, combined with the loot party that is Kingdoms of Amalur: Re-Reckoning, will give that sense of gargantuan customization possibilities that RPG fans love so much. Then adding a vast (perhaps too much) game world, full of places to explore, cities to find and sub-quests to accumulate, we will obtain the classic recipe of addictive and satisfying Western-style RPG.

Especially if you enter the maze of secondary missions that the title will make available to you, in an almost infinite map, especially by turning it on foot. You can get sub-quests from various city dwellers, from people in distress in places on the map that you never thought you'd explore, or from various Factions. This huge amount of side missions, however, although in our opinion they are quite useful and in some cases fundamental for the discovery of increasingly powerful equipment, it breaks the already feeble main narrative rhythm, making you even a little bit forgetting where you had arrived. 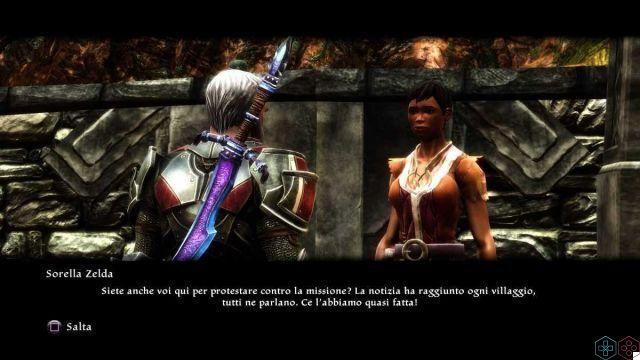 Inventiveness, ingenuity, come on! - Kingdoms of Amalur review: Re-Reckoning, too much dust!

Furthermore, a problem already encountered at the time of the original title is the actual little lack of inspiration both for what concerns the game world and for the events narrated. We have used the word "classic" several times throughout this review and indeed it is, Kingdoms of Amalur: Re-Reckoning is a classic RPG. Too classic. That quid is missing, that something that can make it stand out above a Skyrim, or an Oblivion, or a Dark Souls. Considering that Amalur is not a triple A, it should have aimed at being more original and less "textbook". One thing, however, continues to work even eight years later. The gameplay.

The gameplay has remained nearly identical to the original 2012 title, without having been smoothed or polished. It feels slightly too woody these days, but pad in hand continues to be fun and rewarding. A front button dedicated to the attack of the main weapon, one for the secondary, one for dodging and the last for environmental interactions. Then a skill wheel, one for items and a backbone dedicated to the parade. Stop, nothing else is needed. The dynamism is there, even if you feel the weight of the years, and you will spend hours and hours mowing down enemies with your Greatsword or annihilating them with your fireballs. The choice is yours. 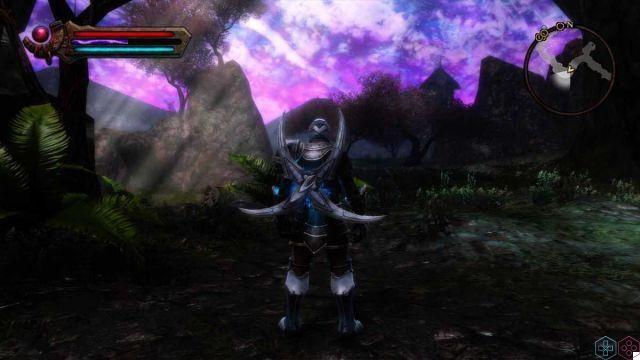 Will it be a remastered? - Kingdoms of Amalur review: Re-Reckoning, too much dust!

The only actual changes made by the development team of this remastered were, beyond to the addition of the "very difficult" difficulty, some adjustments to the loot of the various crates and the drops of the various enemies, which will be more similar to the Destiny you have chosen during the adventure. Nothing striking, in short. And this is in fact the biggest problem.


Kingdoms of Amalur: Re-Reckoning is a remastered, we've said it too many times in this review. Or at least, it should have been. Our test took place on a PlayStation 4 Pro. We cannot therefore talk about the PC version, as we have not tested it, but it is still a console of a certain power and as such we expected a title optimized for a hardware of a generation. next one. This was not the case. Eternal loading times, pop-ups of environmental elements like grass and trees at too much, too close distances. 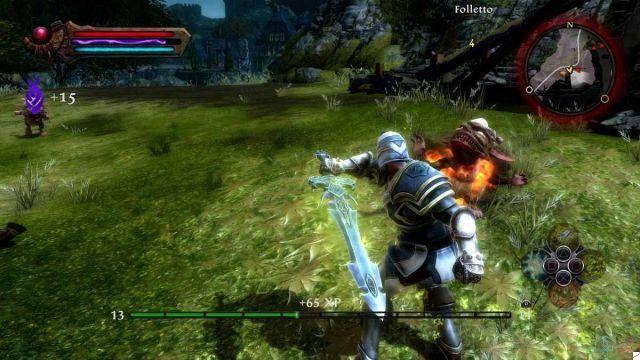 The frame rate remains quite stable, even if it falls disastrously in the most agitated situations. It happened a couple of times to touch a console freeze, an unacceptable situation for a title that arrived on an end-of-generation console in 2020. The models of the various characters were not in the least touched, so the upscale of the textures made the lack of filing of the same even more visible. In short, the more details the more visible defects.

We were also able to admire in all their splendor some interior textures that they didn't want to load. This all adds up to an additional postprocessing change that should have been an improvement, but which has pretty much ruined the overall color rendition both in the open world (which turns out to be very bright under the sunlight) both in indoor places, like caves, where you really won't be able to see within two feet of your nose. To lose several diopters. An abomination of remastered, in short. Much better amateur work has been done in recent years.

We conclude this review with a little reflection and saying that Kingdoms of Amalur: Re-Reckoning deserved more. The problem is not so much a battle system that is now a bit woody, a too classic narrative mold or an excessive dispersion of the map and secondary missions. The problem is there lack of care with which this remastered has been revived, lazy, sloppy and downright avoidable.

For the price at which it is then proposed (40 € for the basic version without DLC, 55 € for the complete one) it was arbitrary there was more attention. Let's hope well for the new DLC coming, if only that there has been more care in the making. Too bad, really a great pity.

Kosmokrats Review: The Individual and the State ❯

add a comment of Kingdoms of Amalur review: Re-Reckoning, too much dust!