Six months later, we are back to relive Kingdoms of Amalur: Re-Reckoning to bring you this surprising review of the port that recently arrived on Nintendo Switch

Last September we had the opportunity to return to the lands of Faelandia thanks to the revival of Kingdoms of Amalur: Reckoning in a reworked version for modern consoles. The title, originally released in 2012 on the seventh generation consoles, despite being the son of its times and having really many interesting ideas, was rather unfortunate. A misfortune due not to the reception of the press, which indeed praised it rather brightly as one of the best role-playing games of the year, but by a resounding commercial failure. The original Amalur sold not even a third of the copies needed to balance the accounts and was called a real disaster.

During the last quarter of last year, however, THQ Nordic has decided to put on the market a remastered version of the title, in anticipation of the release in the new DLC. “Fatesworn” which should arrive over the next few months. We have already talked extensively about Kingdoms of Amalur: Re-Reckoning in a long review that you can find by clicking here. A lazy, sloppy remastered with little bite, which amplified the inaccuracies and defects of an already dated title of his own, complicating even more the general experience with technical defects and a really annoying post-processing. Recently, Kingdoms of Amalur: Re-Reckoning has also arrived on Nintendo Switch and we decided, with great fear, to take it back in hand to bring you this review. And we must say we were surprised.

Fantasy with a capital F

We do not want to go back to dwelling on points that we have already touched on with the review based on the PlayStation 4 version, but a few lines of premise are still a must. We once again found ourselves immersed in the vast and teeming with life fantasy world created by the mind of R.A. Salvatore, the novelist behind the Forgotten Realms series. The game world, both as regards the pure and simple setting, and if you look at all the characters that populate it, he is perfectly suited to his kind of belonging, also taking up all the classic stylistic features narratively.


Alliances, races, intrigues, betrayals and one narration broken up into many subplots, sometimes even unnecessarily dispersive, seasoned by a protagonist (customizable with an editor of the not so bad character) who will have the power to change his destiny and that of the world. We said fantasy, and you will have fantasy. Of course, to date, with titles like The Witcher 3 or the Elder Scrolls series dominating the Western RPG genre, living a now “old” title like Amalur could fill even the most fervent enthusiasts. But if you try to bring it back to its release context, for a software house that at the time certainly took the longest step of the leg, the title was a rather brave experiment and its failure a real shame. 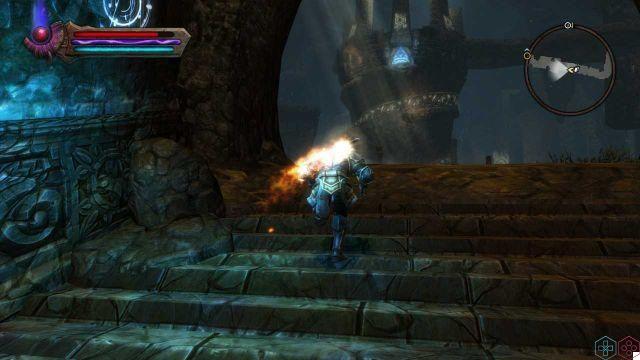 The innate dispersiveness of the narrative is even more exacerbated by the incredible amount of side missions that you will find yourself along the way. Just take a step and an iconic yellow exclamation mark will appear on the minimap at the bottom right, indicating yet another subplot, task or mission of the factions. If from a certain point of view this amount of content could annoy those who try to quickly follow the main plot alone, the presence of shorter secondary missions, also and above all thanks to the immediate presence of fast travel, fits perfectly with the portable nature of Nintendo Switch.

To this vastness of content are also added the two DLCs available today, The Legend of Kel the Dead and the Teeth of Naros, which together with the immense map full of dungeons and secrets and the bestiary of monsters to kill practically infinite will make you stay in the lands of the Fae for at least fifty hours. Certainly it should be emphasized that the combat system, although it is still a lot of fun, is anchored in 2012, with commands that are sometimes a little too woody and a naughty camera that doesn't always frame nearby enemies, causing us to receive unfair blows. The possibility of being able to equip two weapons, which can be quickly selected by pressing two distinct front keys, and the speed of the clashes, however, make Kingdoms of Amalur a fast, fast and satisfying game even today. 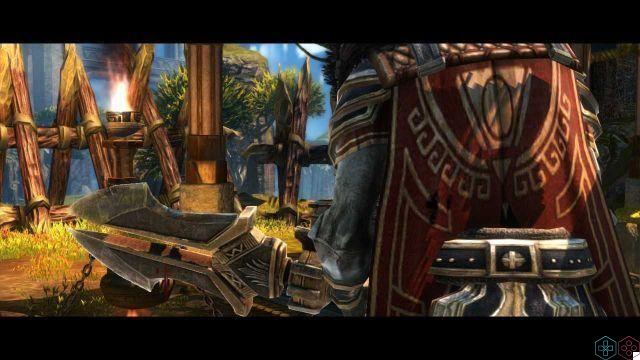 Surely the difficulty level remains set down as it did in the original, but the introduction of a fourth difficulty level and the scaling of the enemies that become stronger as our level rises has partially solved this problem. We admit that we approached this Nintendo Switch version of Kingdoms of Amalur: Re-Reckoning with fear, but we immediately remembered why, at the time, we had spent hundreds of hours with the controller in hand to complete every single secondary mission. Because even today, nine years later, the title does exactly what it should: it is fun.

Some of you will surely have gone to look at the vote before reading the review, and at this point you are wondering: why the sufficiency? Simple, because of course all the technical issues related to the remastering work that we talked about in the review for PlayStation 4 are also present in this port for Nintendo Switch. To our huge surprise, however, these flaws are not emphasized by the console's lower performance. 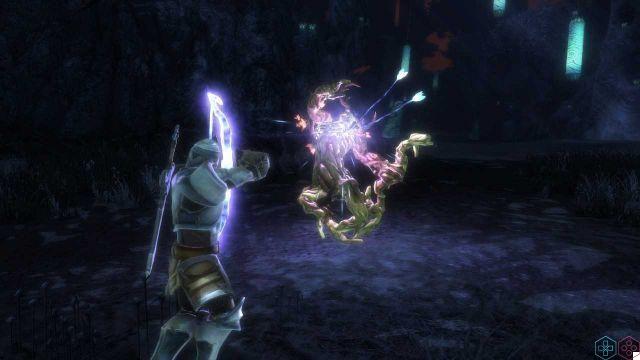 The title runs in 1080p with the console connected to the dock and in most glorious 720 p in portable, and in this case there is no choice between a "performance" and a "graphics" mode. Unlike the PlayStation 4 version, however, we noticed a greater stability of the title. Mind you, in the most agitated situations and in the most dispersive dungeons, the frame rate drops a lot making the title a photo album. These monstrosities, however, seem to happen less frequently than their Sony counterpart, one of the first factors that amazed us. But it doesn't stop there.


The pop-up problem remains, with grass sprouting under your feet, NPCs appearing and disappearing into thin air with every step and texture, especially indoors, who don't want to be loaded. And they return, of course, the eternal uploads of even more than twenty seconds if you had the unhealthy idea of ​​leaving a house or a shop. So what amazed us about this port? Stability. 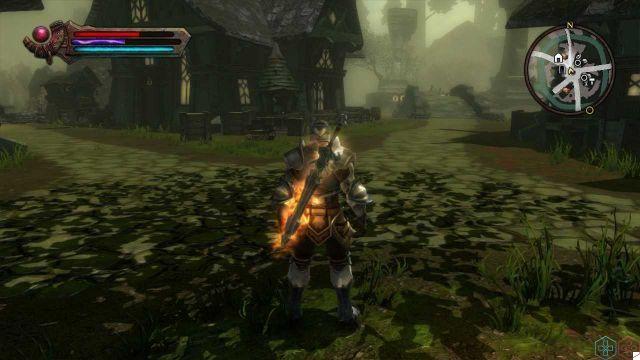 The game on PlayStation 4 was oppressed not only by the technical problems that we have already listed, but also by disabling bugs, freezes and application crashes that did not make us waste hours and hours of saving only thanks to the help of the autosave. All this, on Nintendo Switch, does not exist. In over twenty hours of testing we have not had any crashes, reboots or the like, and this is certainly due to greater cleaning of the game code. We must admit that the work that THQ Nordic has done in porting its titles to the Nintendo hybrid has always been more than commendable, just think back to Darksiders Warmastered Edition. 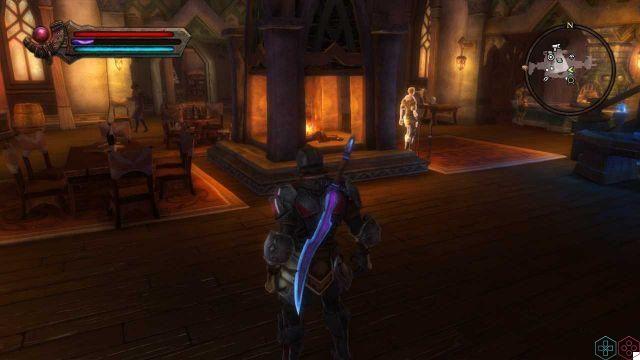 The most interesting version

And here's the reason for the higher rating than the PlayStation 4 version at the end of this Kingdoms of Amalur: Re-Reckoning review on Nintendo Switch. The title is practically the same, and has the same technical problems. However, if we have to be honest, given the fact that, being a remastered, the quality of the textures and the overall graphic rendering does not differ much from the 2012 title, we strongly recommend that you recover the title in this version for Nintendo Switch. . If nothing else, you won't find yourself having to restart the console five times in twenty hours. In conclusion, a good port of a mediocre remastered!

Keep following us for all the news, guides and reviews on gaming and tech themes! And if you want to buy the Kingdoms of Amalur: Re-Reckoning game key for Steam at a really advantageous price, we suggest you take a look at the dedicated InstantGaming page that you can reach by clicking here!

King's Bounty 2 review: those who don't die see themselves! ❯

add a comment of Kingdoms of Amalur: Re-Reckoning review, surprise on Nintendo Switch