Kholat review: an adventure in the middle of the ice

In Kholat you will immerse yourself in a very realistic and true to reality survival game, based on a story that really happened

Russia, 1959. A group of nine hikers decide to venture on the eastern pass of the Cholatcahl '. Surprised by a snow storm, they decide to camp for the night on the side of Mount Kholat. They don't know that it will be theirs last night.

Some time later, the curtain is found with a gash opened from the inside. Traces of bare feet indicate that the hosts they left the shelter in the middle of the night. Why did such experienced hikers leave their tent with a temperature of around -30 ° outside? We are given no way of knowing.

But what is even more perplexing is the fact that we do not yet know the cause of death experienced hikers. Two of the victims had a skull fracture. One body, on the other hand, lacked the language. Another had two broken ribs. The five remaining bodies have never been found.

According to experts, the strength needed to create such wounds was beyond human capacity. To exaggerate the mystery, the corpses have no external wounds. The case was dismissed and the death was classified as "caused by an unknown force of nature".

The story, as you can imagine, has sparked the imagination of many people including the guys from the studio IMGN.PRO. I decided to give their interpretation of the events of that night, thus creating the video game Kholat.

Exploration is the basis of Kholat

The experience you will live will be extremely realistic. You will be immediately immersed in the icy landscape of the Ural Mountains, with only three objects at your disposal: a torch, a map and a compass. On the map at the top left, you will see the coordinates written. Those will be the places you need to visit in order to progress through the game. Before leaving, however, you need to learn how to use the map and the compass. In fact, your position will never be marked, but it will be up to you to calculate it with the help of the two tools. In fact, it is not uncommon, especially in the first hours of the game, to find yourself spinning around in circles due to a misinterpretation of your location in the world. The only moments in which you can know your exact position will be when we go to discover one of the marked places, or when we collect some sheets that serve as collectibles. At that moment we can find a red symbol on the map and then calculate the route to take to continue.

Whenever you find a place marked on the map, pick up a page that tells a piece of the story told at the beginning. The real deepening of history is done by collectibles. They are divided into 3 categories: newspaper pieces that report the chronicles written on the story, diary pages with the direct testimony of the unfortunate hikers and testimonies of victims imprisoned in a military laboratory. Many of them can be seen distinctly, while others are hidden inside cracks or in some niche of some cave. All of them, however, shine with a blue light, so passing by you will have no problem recognizing them.

The choice of have the player calculate their position, can make all those players who love challenges happy. But on the other hand, it can make those users who do not have the patience necessary to understand the method of orienting themselves lose the desire to continue the game. To avoid the abandonment of the impatient, the developers could have included the possibility of activating a point on the map that would indicate your position. Obviously, inserting this mode would have lost a good part of the gaming experience, but it would have made Kholat more accessible to the videogame public.

Turning around the map, especially in the neighboring areas of it, you will happen to see evanescent black figures. These beings are the ones who they will try to hinder you as you explore. The flaw of these enemies, however, is that they have been programmed with a really simple mentality. First of all they are very visible, as when walking they leave phosphorescent orange (incandescent) footprints on the snow. So spotting them from afar immediately becomes child's play.

Secondly, escaping from them is very simple. As soon as you spot an enemy on your way, just run past him. He won't even mention a pursuit attempt. The only places where enemies can be dangerous are those areas where the ground is covered with scrub. There, spotting the footprints is more difficult and many times it happens to bump into them, causing the Game Over screen to appear immediately. They could have made them in such a way that they ambushed the players. It would certainly have been scarier and above all it would have made those who played more cautious, also given the saving method chosen for this title. 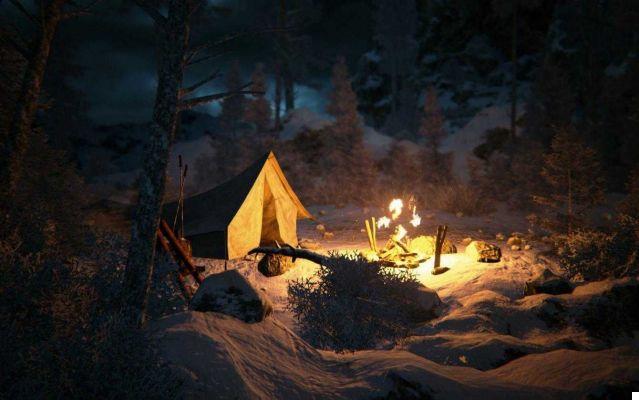 In this title There are no save slots or checkpoints during the game. There are only 3 ways to save your progress: find a camp, find a location, or find a collectible. Whenever you find one of the three things listed, the game will save and you will restart from there.

Given the difficulty in orienting yourself, especially at the beginning, this choice can be an obstacle for some players, who will find themselves having to redo all the way they did before the Game Over or turning off the PC. If they had put in two game modes, one with the save slots and another without, they would certainly have made the game easier but also more attractive for everyone.

Beautiful setting to see but….

The artistic direction of the title has been able to create a graphic sector capable of immersing the viewer in the landscape. It is a pity that such immersion is ruined by some artistic choices little cared for as regards atmospheric phenomena. In fact, in the same area of ​​the map, even small ones, you can suddenly go from a clear sky to a snowstorm.


It would have been more realistic if approaching the snowstorm there had been a crescendo in its power. Instead it appears before your eyes suddenly. And this fact applies to all atmospheric situations the game offers. Time changes suddenly and without any logic, ruining the magic that the developers wanted to create.

Sound nice to hear but….

Like the setting, the the sound sector is partly well managed. The audio is clear, very realistic and closing your eyes gives you the feeling of being in the middle of a mountain landscape. To have an even more realistic experience it is necessary to have headphones.

But even in the sound sector there are some defects. In fact, not all the sounds you will hear during the game will be connected with the surrounding environment. In fact several times, I distinctly heard the sound of a door opening. A sound that, finding myself in the middle of a frozen clearing where there were no houses, I just couldn't understand where it came from. 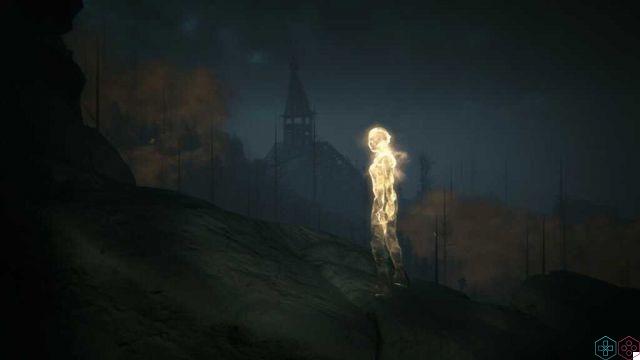 The IMGN.PRO studio has been able to create an extremely realistic video game, but that may not fall into the horror category. In fact, after a while, since there are no particularly scary enemies that lurk you in the dark, the title loses the disturbing effect and above all becomes very predictable.

Kholat is reduced to a simple title of exploration at times satisfying, which generates a sense of bewilderment within the very vivid world. The narration at the beginning of the game is very pleasant, which is masterfully interpreted by the well-known actor and voice actor Sean Bean.

add a comment of Kholat review: an adventure in the middle of the ice