Just Cause 4 review: in the heart of the storm

After the various teasers of the past months we have finally put our hand to Just Cause 4. Having entered the heart of the storm together with the scorpion, will this kidnap us? Let's find out in the review!

Just Cause 4 is the fourth chapter of the now famous saga that has accompanied us for years in search of justice in an eternal fight against the strong powers of the world together with Rico Rodriguez. After a third chapter that is not exactly innovative, will Just Cause 4 be able to amaze us?

Between social struggles and revenge - Just Cause 4 | Review

Let's go back to where the previous chapter left off. An island at the mercy of yet another dictator who, as an aggravating circumstance, also killed our father by exploiting his work for his own ends. A slightly different premise than usual that sees a Rico Rodriguez now "mature" temperamentally, marked by the bitter struggles of the past, wanting to go straight to the point and close the game in a few moves so as not to involve civilians. 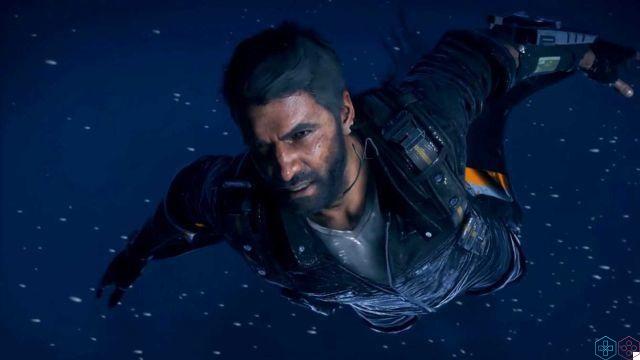 Too bad that this time he will find himself in a slightly more complex context than usual and his "blitzkrieg" is impossible. It will not be easy to approach Espinosa due to the project developed by Rico Rodriguez's father, Miguel. This project aimed at total climate control through the development of an extreme event management system (in the original idea to help the population). Only the climate (used against us as a weapon) will be able, initially at least, to stop our hero. We will need allies, and many too. What better resource than a population oppressed for generations who have wanted to rebel for years? Only one leader was missing.

And here it is we will be at the head of the revolt, in a crescendo of continuous twists (which start immediately) engaged in a fight that goes beyond mere revenge. We will lead the Army of Chaos (idea taken from Just Cause 2) against the forces of the Black Hand (armed arm of Espinosa). A nice excuse, this plot, to insert a lot of innovation and returns without distorting the saga. We will find ourselves wandering among mountains, deserts, forests in an extreme climate. As per tradition, in our movements we will sow the most absolute chaos moving from region to region. The focus of the game's development will be the progressive conquest of the island by moving between conquest missions, plot missions and optional activities aimed at improving our arsenal.

Frenzy and Tornadoes - Just Cause 4 | Review

The open word in Just Cause 4 is really well done. You can move freely thanks to the inevitable grappling hook, the trademark of the saga, the wingsuit and the parachute. In addition to these tools, we will have a large arsenal of vehicles at our disposal. The passages between the different areas of the map are well cared for and pleasant. Moving in these large spaces is very pleasant but above all fun thanks to the crossed use of grappling hook, wingsuit and parachute. 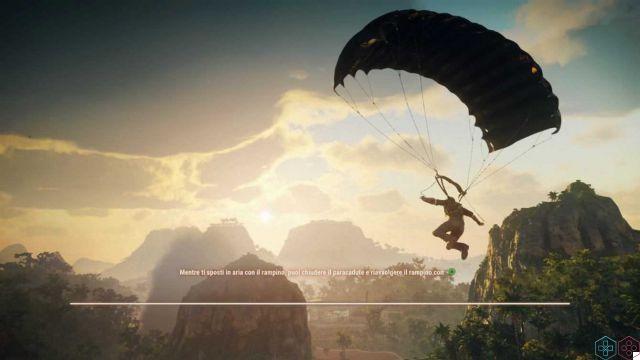 What is missing is a gradual transition between the various missions which would, in its own way, allow you to make the most of the wide game map. The mood chosen for the missions makes the player go from one region to another in a frenetic way without fully enjoying them. There remains only a vague memory of what we have seen and it is a shame given the care of the developers for Solis. On the other hand, a separate discussion for climatic events. In the pre-release phase, a lot of focus was on climate control but then ...

Despite an impeccable work on the characterization of climatic events, these fail to have the centrality that was expected.. Yes, in the story missions the climate is central within them, and the presence of storms radically changes the game experience compared to the past but then everything dies there. Of course, tornadoes will always remain in our hearts as gamers (frankly said they are rendered in a fantastic way, represent the top of extreme weather events) but we wish we could have done more. 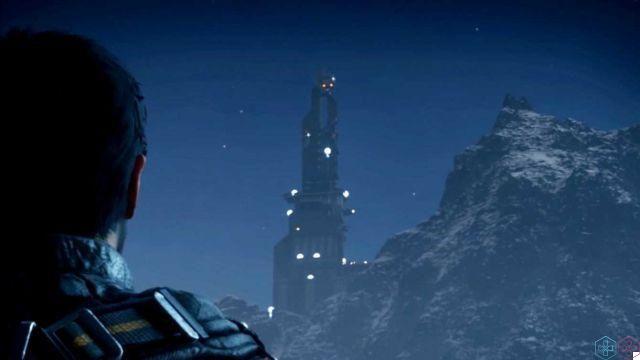 Especially after seeing the final development of the plot we deluded ourselves, for a moment, that we could unleash storms at will in any place and moment. Returning to our feet on the ground we realized that it is possible to unleash these events only in some specific areas of the map and that's it. A missed opportunity for Just Cause 4 as their introduction as a trigger-anywhere event at that point in the game would also have been well-connected to the plot. As often happens, a little would be enough to offer so much and make everyone happy.

A thread of disappointment - Just Cause 4 | Review

While globally satisfied with the title and the work done by Avalanche Studios, there are several things we didn't like. Some missions are extremely repetitive and repeated (which among other things is known to the developers as it is highlighted in some conversations of the protagonist with the other NPCs) and they totally lack inventiveness forcing us to repeat the exact same sequence of actions in different places.

In other missions, however, it is not immediately clear what to do. We got stuck inside some areas because we couldn't identify a given object to destroy. We spent some time looking for it only after a while that what we were looking for was hidden in an unlikely point in the area, thus breaking the development of the mission itself. 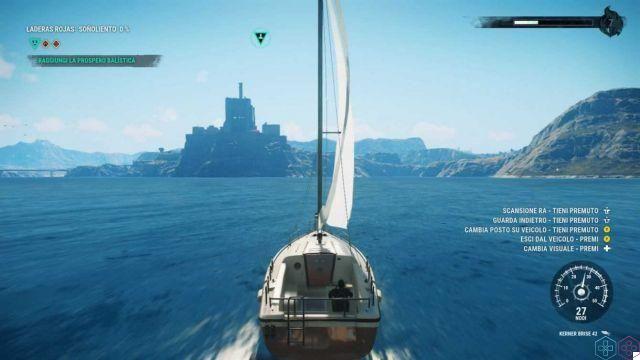 Interesting suppliers, among other things already seen in Just Cause 3, just a pity that there were no real differences between them. Which made the desire to look for them all completely null and void. The grappling hook customization system is also nice. Too bad we never really felt the need to apply new changes and further improve the same, if only because it already works too well on its own. Taking the time to customize the grappling hook, and then having to remember how we set it up, is not the best of practicality while constantly being targeted by an entire army. In summary promoted the idea of ​​grappling mods, rejected its practical implementation as it is too complex.

Within the missions we found ourselves having to “suffer” several useless loads that break the continuity of the action to offer us a video of a few seconds (10 seconds of video and 1 minute of loading). This aspect can certainly be improved with some future updates but, in our view, completely avoidable by making a narrative choice a different thread and avoiding some scenes in our opinion useless. In addition to this we must report the presence of several texture rendering problems on our Xbox One S (console we tested on). 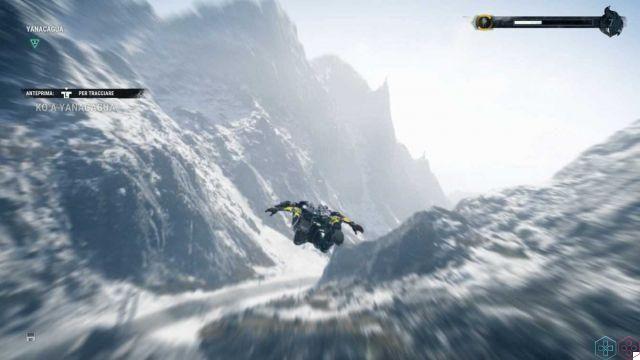 During the movements we noticed a constant loading of various objects, and shadows, it's a excess motion blur act, perhaps, to hide these loads when we move quickly. Finally, we point out the presence of another problem. In the story missions we find ourselves in the middle of the storms and, in some cases, our visibility is very reduced. In the video following our action, the storm disappears and then reappears immediately after the end of the video. Even here, there is a bit of coherence between the different scenes and this breaks the continuity of what we were doing.

Just Cause 4, in the heart of the storm | Review

Just Cause 4 turned out to be one of the most fun titles to play in this late 2018, albeit surrounded by several defects and aspects that can be improved. It fully convinces for everything related to fun and entertainment but leaves a bitter taste in the mouth compared to its technical sector.

We liked the title very much precisely because it is fun and enjoyable, and even if it falls short of our expectations, so we feel like promoting it. Just Cause 4 is probably the ultimate expression of video game fun, in a period in which it is often forgotten that the video game is also this and not just a simulation of reality.

Just Dance 2017 review, how did it go on Nintendo Switch? ❯

add a comment of Just Cause 4 review: in the heart of the storm