Jump Force review, the fighting game that does not convince

Jump Force is a highly anticipated title by fans of manga and anime as it brings together characters from different narrative universes in a single game world. Will Jump Force live up to expectations? Let's find out in the review

Jump Force is a video game released by Bandai Namco on the occasion of the 50th anniversary of Weekly Shōnen Jump magazine. A peculiar feature of this video game is the roster of characters that involves all the major hits that over time have been published in the famous magazine. The expectations were very high, but you will have already understood from the title that these have not been fully satisfied.

Jump Force, the real world is in danger | Review

Bringing together characters from different worlds is not a trivial matter, clearly a justification is needed. In Jump Force the idea is really simple: a mysterious "bad guy" has decided to conquer the real world by exploiting the characters of the comics and controlling them. However, not everyone was overwhelmed by his power and reunited in the Jump Force. Within this world at war we are, saved in a completely random way, and allied with the forces of good to put everything back in order.

Although the opening opening is very interesting the plot never manages to take off, resulting all the time taken for granted and boring, we experienced it as a sort of very long tutorial that prepared us for online multiplayer. Our character is initially a nobody, devoid of any kind of charisma who, with the progress of the story, manages to create an identity by learning the moves of friends and enemies that he will find in front of him.

This potentially brings us into an RPG component within the title, just a pity that we have no way to deepen it: this is limited by a cosplaying of moves and outfits. Online interaction with other players is very limited, we could just do some online battles and show them our avatar. For these reasons the plot component and the role-playing one are in our way just enough, not to be rejected simply because in the end they somehow manage to entertain.

Now let's move on to what is the real strong point of this title: the fights. We have a very large character roaster (currently 42 characters with others on the way) both from the point of view of the manga of origin, and from that of the style of play of the various characters. Clearly there are three leading comics: Dragon Ball, Naruto e One Piece, and the characters of the latter are globally the most cared for, even in terms of design. 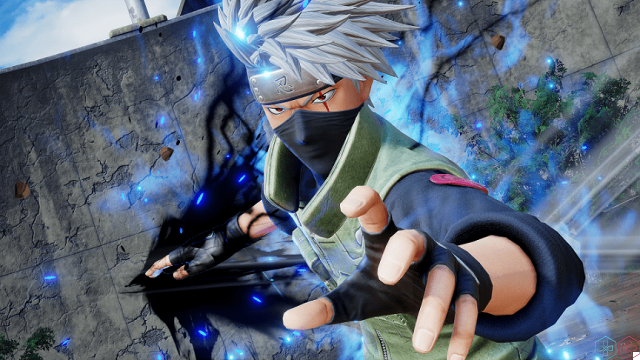 What makes the nose turn up a little is the lack of fidelity with respect to the traits defined by the different mangaka: they are all too realistic. The characters of the other comics have less care in terms of design and in some cases they turn out to be uninspired. Overall, however, the result, from this point of view, is very satisfactory. Moving on to the characterization of the moves of the characters we are faced with a mixture of lights and shadows: there are characters with spectacular and effective moves and characters who, compared to the others, are subdued and disappointing.

The combat system is very simple, we will have very few buttons to press and it will not be difficult to make combos on combos to our opponents. The dynamic of awakening is interesting, which allows characters to perform some special moves and, for some, to activate an "awakened" mode that enhances the damage inflicted by the character. Clearly this dynamic is a double-edged sword: on the one hand it makes the battles spectacles, on the other it totally breaks the balance of the game. 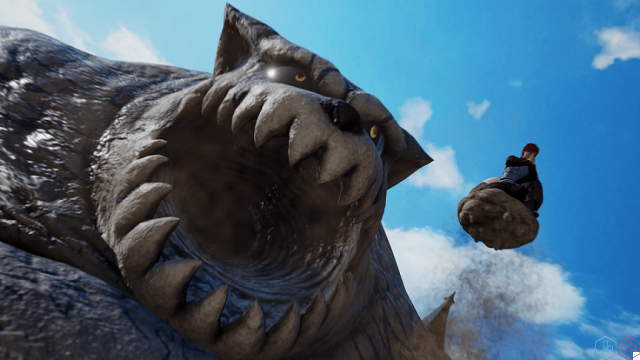 It goes without saying that some characters are terribly more efficient than others. In addition to the awakening we will also have three moves that consume the power indicators: these moves are on average very effective and in any case spectacular. Combat within Jump Force is therefore a succession of on-screen effects and incredible combos that will delight all fans of anime and manga. However, we are not faced with a perfect game, which, net of its spectacularity, suffers from several problems.

We have tried the Xbox One version of the title and, during game hours, we encountered several stability issues. It is not the first time that a title has stopped working during the game, but it is certainly the first time that the entire console has crashed together with the software. The frequency of these crashes was somewhat boring, showing up on average once every half hour and always in the central gaming hub. But leaving out this problem, which could be eliminated by a patch, let's go to examine other negative points of this title. 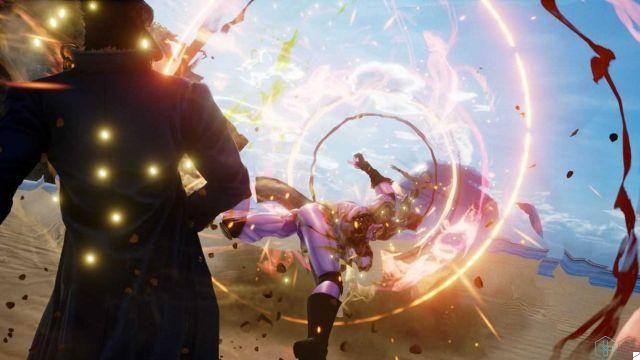 Within the plot we could choose which sub-team of the J-Force to refer to. Each team has a focus on some skills and fighting styles (the composition of the teams is very apt among other things), just a pity that, at the narrative level, the missions do not differ at all and are always based on dynamics: go to a place watch the video, fight, go back to the hub with very long uploads in between.

The hub among other things is very confusing as it is complex to understand at which point the mission will start, forcing us to go around in circles in search of the starting point for most of the time. Moving on to the fighting, we noticed several flaws. First of all, as they accept a little above, the balance of the game which is totally absent, some characters are simply much stronger than others. At the same time the teams, which are made up of 3 characters, share the life bar. This is a choice we do not agree with, we would have preferred a separate bar for each character. 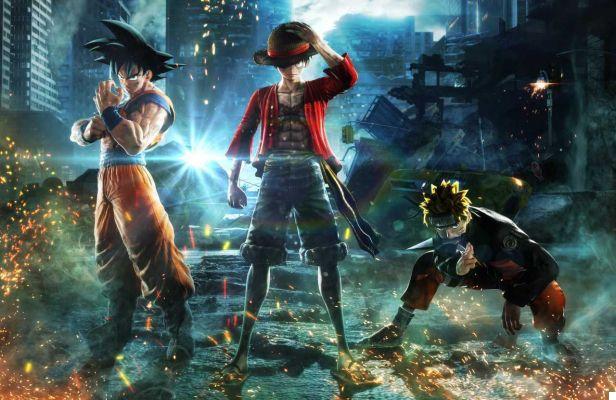 In addition, there are two other major problems within the battles: the impact system and the animations of the characters. The animations are very sparse and often woody. On the one hand it is forgivable that these are poor outside the fighting (however ugly it may be to see characters moving only their lips in the cutscenes, this is objectively a secondary aspect of the game), on the other to see jerky, clumsy and not very fluid, masked with a thousand effects on the screen that should hide them, it is not at all. At the same time, the impact system simply does not work as it is very imprecise. The two things put together make the fights of Jump Force so spectacular, but not very technical and not beautiful to play: especially against other players, an excessive luck component comes into play.

At the end we can simply say that we are disappointed by Jump Force. The title turns out to be just enough in all its aspects, resulting overall fun even if not suitable for everyone. We recommend purchasing Jump Force only if you are passionate about anime and manga who want to have fun with their favorite characters within a single title. If, on the other hand, you are looking for a good level 3D fighting game, this is not the title for you. In summary, Jump Force is promoted with a pass, revealing itself to be a missed opportunity that leaves a bitter taste in the mouth.

add a comment of Jump Force review, the fighting game that does not convince