Injustice 2 is a fighting game to be discovered. Superheroes, super-moves, technique and fun are the recipe for this video game by NetherRealm Studios. A very nourishing roaster, spectacular moves and environmental interactions mean that Injustice 2 can shine in a market saturated by the few innovations of the genre

The development team NetherRealm Studios, which we have come to know with the famous Mortal Kombat X, had the arduous task of redoing the miracle we witnessed a few months ago. Renew a brand, but above all a genre, which for too long has not undergone a "modernization".

Without keeping you on your toes, I can assure you that the goal has been achieved. Even if only time can define whether the work was excellent or only (so to speak) excellent. 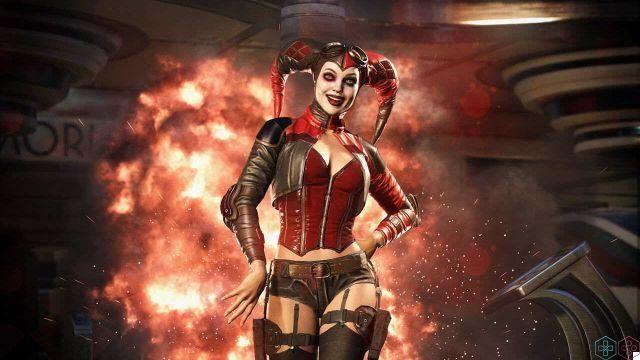 In a fighting game genre, the story is secondary or absent but Injustice 2 is also surprising in this respect

Obviously when it comes to video games Warner Bros the quality of the plot is almost obvious, just think of the whole series of Lego games. But here we are not reviewing a title that bases the fulcrum of its success in history. Anyone who buys such a game simply wants to "lead their hands". As a result, when I got to the end of the last chapter, I realized that I was going to buy this game even just for its single player campaign.

Without spoilers, I can tell you that the factions famous for being divided into good and bad have been shuffled like a deck of cards. The good ones have become bad and very bad par excellence have been transported to the other side. But it's not great that it was done, although the way it was done. Giving life to a show that makes us forget years and years of comics. Have a chance to see Harley Quinn alongside Batman or even lash out at it Joker.


At the cost of sounding repetitive, the strength lies not in the fact that this was achieved, but in how well it was characterized. The story (which has multiple endings) is worthy of a good movie about the Justice League. Obviously we are not facing a new one The Last of Us about superheroes, but I think it's the best fighting game plot seen in many years. 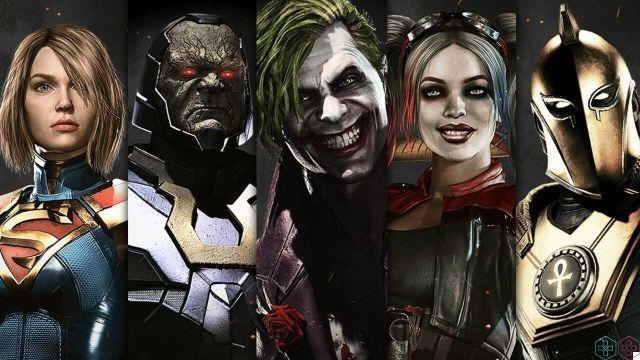 The technical companion that we have already been able to appreciate with Mortal Kombat X is also present in Injustice 2. And that alone should be a guarantee. The colors, the particles, the graphic effects and everything that we have enjoyed in the past are found improved in this new video game devoted to fighting. The frame rate, which clearly in titles such as fighting games is nothing short of fundamental, remains granite. The arenas are well researched, even if some assets seem to have been ripped from the previously mentioned titles and relocated to this new video game. But despite this the sense of redundancy is canceled thanks to the changes of scenery, which can be implemented by the player with a specific combo.

Throwing a superhero inside a van or throwing it 50 meters away is a great palliative to give arenas a more distinctive look. To make everything more "performing" there are also the details of the armor, cloaks and weapons. You will be surprised to see how carefully Batman's belt has been recreated or how well made Batman's cloak have been made. Superman or the diadem of Wonder Woman. Some characters are really well done, so much so that I miss a few clashes due to the distractions caused by models that have never looked so good even in cinematic contrasts. An applause certainly goes to the designers of Poison Ivy e Scarecrow that among all have managed to capture my attention. Obviously without taking anything away from others.


Basically the technical, visual and sound sector passes the exam with flying colors. Exactly as expected from a talented development team who know their stuff in terms of fighting video games. In this case to the "super fight". 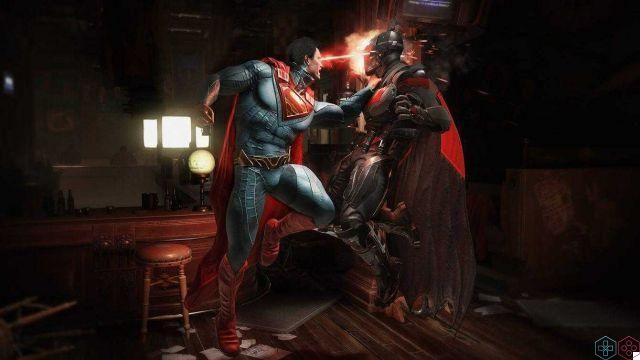 Consolidated gameplay and special moves make this video game unique! Even if there are some flaws

The gameplay of Injustice 2 is packed with combos, unique moves, and gadgets. The roaster is really rich, and we could indulge ourselves in the choice of our character. In addition, each virtual antagonist will be customizable in many of its features, but we will return to the subject later.

As it was logical to expect, we are faced with a very technical fighting game that will allow you to put combos on combos capable of upsetting the outcome of the match at any time. But unfortunately there are also balance problems that could affect the title at a competitive level and in the online mode. Characters like Acquaman or Robin are able to chain moves very easily and may soon take the monopoly of choice.

As for the spectacularity of the meetings, I believe that no objections can be made. The Batrang or lasers of Superman e Supergirl like the speed of the flash they are a sight to behold. As are the specials of almost all fighters. Even if once seen they will soon be put in the "cellar" as they are very spectacular but very easily canceled. 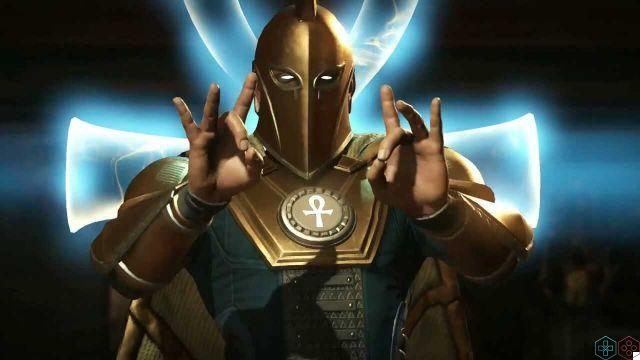 Character customization is always welcome, as long as it is limited to aesthetics!

This part I ask you to take it with a grain of salt, as there are still not enough hours of gameplay nor a feed from the community to give a concrete and certain judgment.

In Injustice 2 there is the possibility to customize every single character, every part of his equipment and even some skills. It won't be strange to "drop" a new Batman mask that increases his life points or a Superman cape that increases his strength. To get these upgrades you will need to play and complete the challenges offered daily and finish the single player campaign. By doing this you will get black boxes that are nothing more than chest opening. If you don't find anything to your liking inside, you can always sell these items and earn credits to spend to buy new ones. Without turning around too much, we are faced with the classic "unpacking" that is so fashionable ...

There would be nothing wrong if it didn't affect the gameplay. If the objects were a touch of style we would not be here to talk about it but if instead the drops (which are divided into various categories that start from normal to get to epic) will heavily influence the gameplay, many of the users could be upset. As players with more free time would be rewarded rather than the most skilled ones. 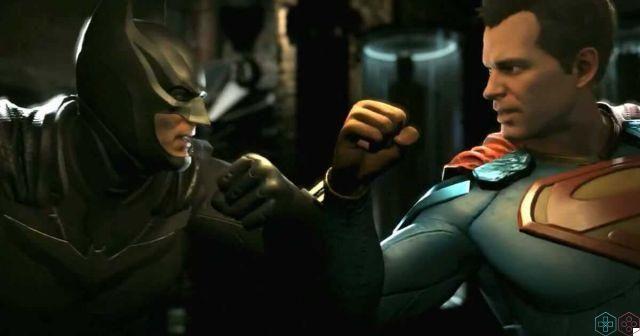 Injustice 2 is a game worth buying for the myriad of single palyer content alone, but fighting games have an online soul.

In conclusion Injustice 2 deserves to be bought even just for the myriad of content it offers in single player. But generally a good portion of gamers buy these video games to play and compete online. With the classic Versus or King of the Hill Challenges. Consequently, seeing such a vast array of customizations could keep “pro” players away from buying. But I repeat only time will be able to prove us right or deny us. For this reason, on the whole, I don't feel like penalizing such a good title. Obviously later there will be a special or if necessary a series of specials to closely follow the evolution of this Injustice 2. So keep following us on our pages to stay updated.

add a comment of Injustice 2 review, a super fighting game?