Infernal Radiation, strange and complicated title by the Polish indie studio Asmodev, is officially out of the early access phase and this is our review

The title, first release of Asmodev, is available for purchase and download on Steam and other platforms. The Priest Simulator developers, showing a strange and perverse propensity towards games involving priests and exorcists (in fact), in parallel with their main project have developed the indie in question. Let's find out about Infernal Radiation in this weird, weird review.

An exorcist to save the world

Let's start by saying that Infernal Radiation is an Action RPG with turn-based combat, with some elements in real time. The game is about a place (presumably an island) called Halloween Island, where scientists have found a new and dark source of energy. To feed Halloween Island, A power plant was therefore built that has its roots directly from the heart of hell, from which it extracts souls to power the reactor.

But when a nuclear accident devastates the plant, infernal radiation (hence the name of the game) infects the inhabitants of the earth. As a result, all the victims of the explosion are possessed by "evil". To resolve this situation we need an exorcist, and this is where our adventure begins. 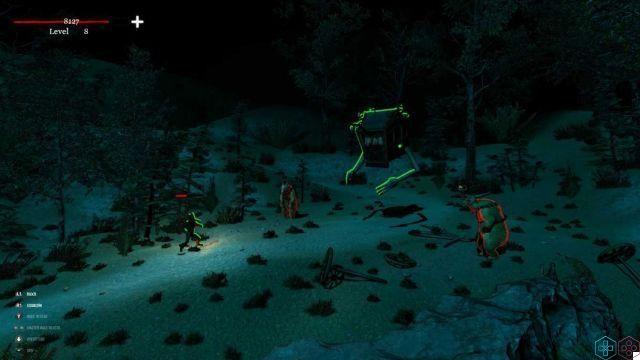 Asmodev's game is a "peculiar" title, so to speak. Set in a world that combines gothic with rather peculiar fantasy elements, Infernal Radiation is immediately full of horror and black-humor. In addition to what has just been said, the humorous vein is evident that the developers wanted to give to the game, and that probably sets them apart.

The problem is that the humor in question leaves us a little dumbfounded, and playing we are not sure how to take the game. Often the humor turns out "wrong" or in any case well hidden among elements that are difficult to interpret, and during the whole game session we spontaneously ask ourselves “are they serious, or are they making fun of me?”. To date, the answer is not yet clear.


From the artistic choices, to a technical sector that we suspect has been left insufficient to contribute to this sort of perverse humor, the game follows in the wake of the asylum films made famous by the dear old man Yotobi. We do not struggle to find similarities (alas) with "The Worst Horror Movie Ever Made" and other masterpieces of the genre, and we are not sure if this is a pro or a con. 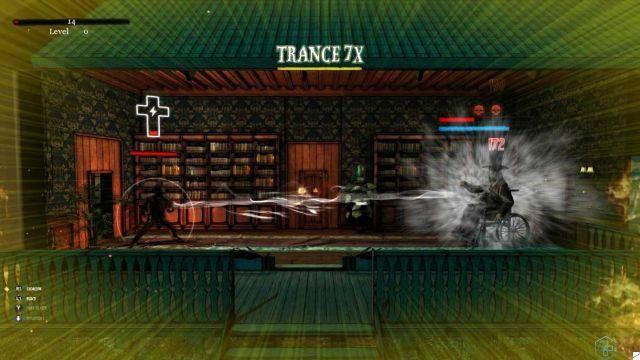 As already mentioned, the game is about the exploits of our exorcist committed to "purifying" Halloween Island of corruption and contamination caused by the nuclear explosion. A sort of hellish Chernobyl, so to speak. To do this, it will be necessary to defeat about 20 powerful bosses that we will find along the way, that one after the other they will try to kill you. It must be said that the rich catalog and the artistic choice of the bosses, despite being decidedly bizarre, we do not mind. Between legs without the rest of the body and possessed beds, challenging bosses one after another gives a good pace to the game, which despite the hundreds of problems entertains and entertains.

But if the bosses have fun, the combat modes aren't the most exciting. The combat system is a kind of “turn-based attack launch” where you can attack with what looks like a spell (probably) and at the same time parry enemy attacks with a barrier. Nothing more, nothing less. This is probably the main problem with the game, which sees the player compulsively repeating the same action again and again, for all the bosses. In this regard, although the bosses are strange and completely different from each other, in the end the differences are reduced to a mere change of skin, with the attacks and animations all the same for the 20+ characters. 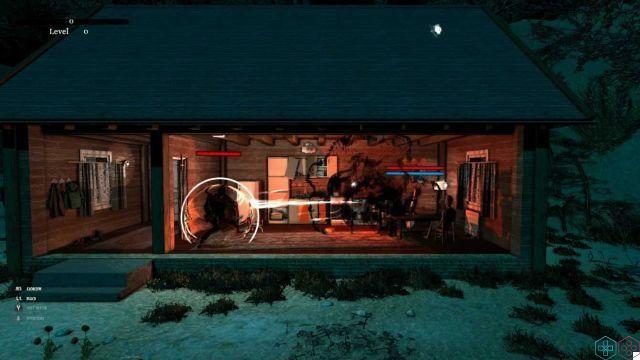 After several hours of play, and several bosses faced, we continue to wonder if the developers are fooling us. The technical sector certainly contributes to throwing fuel on the fire of a game that is difficult to interpret. Here too it is not clear whether the technical-artistic sector of the game was chosen and created in this way to contribute to the sense of general "cringe", or because of the limited means of the studio.

Even with bugs we are in quite good shape, with triggers and colliders often not working as they actually should. The graphics it looks like that of a PlayStation 2 game (hardly PlayStation 3), the music has nothing to do with the game and the whole general mood seems like a huge joke. It probably is, and for the duration of the session we keep asking. 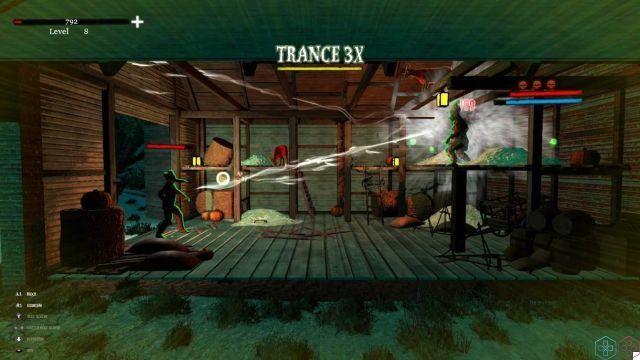 The Search for an Answer - Infernal Radiation Review

Once the game is closed, confused and disoriented by what I had just witnessed, I decide to do a little research on the Internet to understand if I had actually misunderstood the game, and on how to regulate myself in the review phase. But the research, which has resulted very few results, it has done nothing but fuel my doubts and indecisions. In addition to the 15 positive votes received from the game on Steam, probably attributed by the developers themselves, there is only one review, which translated quotes:

Infernal Radiation is a game that deserves a chance. The game is packed with impressive graphics, music, history and humor. The future of this study looks bright. 8.5 / 10.

Almost sure it is a troll, I decide to check the description of the game to clear my mind and get an idea in conclusion, before devoting myself to writing. Arrived in the appropriate section of Steam, I find the icing on the cake that you find below at the end of the paragraph. Confused and disoriented, I sit at my desk and start writing, not knowing for sure where to go.

Summing up something so twisted and perverse is not easy at all. Infernal Radiation can be taken as a joke, like an insufficient game, like a specimen produced asylum, or like all things put together. Despite this, such a game proposed on Steam a 8,19 € (even the price is strange) cannot be justified and we struggle to find a reason to recommend the purchase to readers. If you are a fan of the asylum genre and want to have fun for a couple of hours, Infernal Radiation might be worth the price of the ticket, but let's put the record straight: lowered expectations to the minimum wage. Infernal Radiation is available for PC, Linux, Mac and Nintendo Switch.

As always, at the end of this Infernal Radiation review, we greet you and wish you a good session. We invite you to stay connected on techigames for more news, reviews, guides and much more from the world of video games. Hello and see you soon!

add a comment of Infernal Radiation review, a strange exorcism