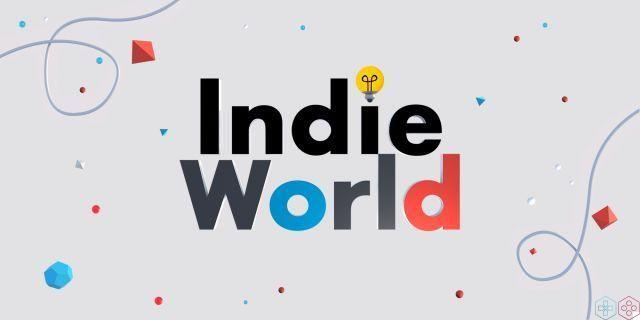 Endless curved balls for an event capable of surprising: with Indie World there was no shortage of surprises, as you will see in our summary

After a mere twenty-four hour notice as per tradition, theIndie World of Nintendo has finally arrived among us and we are here to offer you ours summary. We may have already published the most important news, but this recap is mainly for those who have lost the announcements and want to retrieve them in a shorter written form and / or those who want to make a simple point of the situation. In both cases, after the video you will find a list of all the main announcements: if you want, consider this our latest spoiler alert, because from here on we will be quick and systematic.

Our recap of April's Indie World

The announcements of the Indie World have followed one after the other in the arc of twenty minutes of material that we have seen, but with this summary you should be able to find out. When in doubt, the surprises were as follows:

After this long summary, now it's up to you to tell us yours: what do you think of the ads? Let us know below, and as always don't forget to stay on techigames for all the most important news for gamers and more. For your purely gaming needs, you can instead find the best discounts in digital format on Instant Gaming.

Interview with Kid Onion Studio, the developers of River Tails: Stronger Together ❯