Hyper Jam proposes itself as a frenetic, compelling Arena Brawler with an 80s graphic and musical impact, but will it have surprised and entertained us? Find out in the full review!

If you are very nostalgic or, more simply, you lack an experience in which the fulcrum is occupied by fun and a high rate of frenzy, Hyper Jam it's the game for you, and the reason is simple. In fact, from the very first game, the impression given is that of a videogame in which whoever hits better and is smarter wins. In addition, local multiplayer and crossplay do nothing but come up against the players, but let's go step by step, analyzing lunge the new Bit Dragon game. 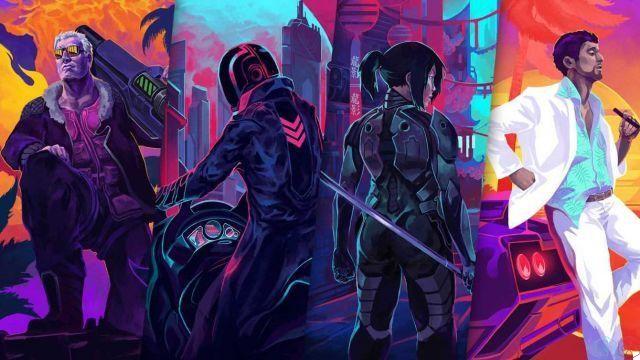 The 4 characters available in Hyper Jam

One mode, but lots of fun | Hyper Jam Review

There is only one mode in Hyper Jam: a four-player, free-for-all battle. Your opponents can be both bots, which you can use to train before facing real online battles, and real players. The latter will be or your friends, also approachable in local, or other players in the mutiplayer online. One of the strengths of the game is certainly the cross-play, which allows you to clash with players of all platforms.

As mentioned, the only modality contained in Hyper Jam consists of a free-for-all, with a "bird's eye view", in which the goal is to give it to yourself until you are the last survivor. If the structure is simple, the presence of various additions makes the gameplay more captivating and varied. First of all, as time progresses, different weapons will appear throughout the arena ranging from the Katana to the Grenade Launcher: however, the number of uses is limited and, once exhausted, it will be destroyed. 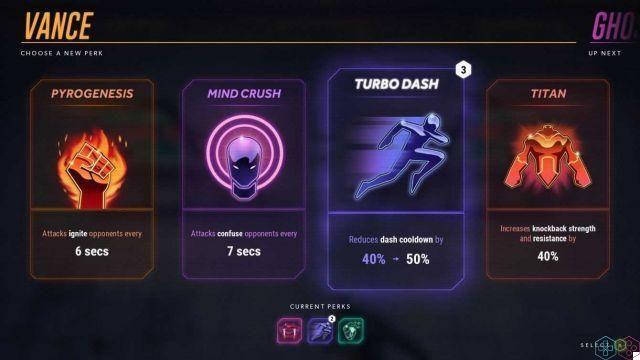 As for the controls, in addition to the attack button, one is used for dodging / sprinting and another for parrying, therefore, in addition to the classic analogs to move and aim, we only have three keys to use. To make all the fights hectic, the guys at Bit Dragon thought about how not to let the players "camp", and the result was to add the "Sudden Death". This feature seems to be taken directly from the battle royale titles, in fact at a certain point in the game the playing area will shrink, taking away the life of those who will be outside.

In addition, in Hyper Jam games, there is a ranking that updates according to the performance of the players. The winner is the first to reach the set points and survive the next round, but it is not that easy as there is a feature that benefits those in last position. At the end of each round each player can choose a "Perk" which goes from an increase in attack speed to have more life: there are 15 in total, but the choice of the latter is up to the last one in the standings, passing from the penultimate and so on. Furthermore, whoever dies, will have the possibility to control a death ray that can hit the players alive, every few seconds. 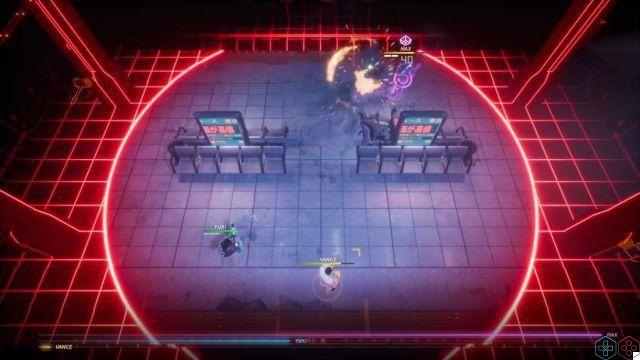 But is this enough to entertain more than a few hours? | Hyper Jam Review

In this title there is a kind of level progression that will allow you to unlock various skin for the characters and different "taunt“, The classic victory animations to be performed in the game. All these cosmetic items are more than 80 and can only be unlocked with the experience attributed to us at the end of the games, offline or online. As for the games, it is possible to customize them, for example by removing weapons, perk or changing the maximum score, in order to make the challenges more special.


However, the game is quite limited, as having only one mode, players who do not share the experience with their friends may get bored very quickly. Moves and skins try to remedy this lack but, although they are very beautiful and inspired, the different types of games are not worthy substitutes. This is because gamers cannot have the sole objective of unlocking aesthetic objects, however beautiful they may be.

Hyper Jam is stylistically flawless, with the graphic and sound sector clearly inspired by the 80s. Speaking of what can be admired on the screen, we note that almost all the maps are based on very dark colors, neon and what we can describe as the 80s in a futuristic guise. Even the maps that do not have these colors, have many futuristic and high-tech details, which do not betray, without a shadow of a doubt, the atmosphere of this title which looks a lot like Ubisoft's “Blood Dragon” spin-offs.


There are 4 characters available, and range from the classic braggart, to the ruthless Japanese, up to the .. Daft Punk? Yes, one of the characters is clearly a member of the French musical group who apparently got tired of controlling a console and switched to rocket launchers. The sound sector is really excellent, both from the point of view of the sounds used and as regards the music chosen to accompany the battles. In fact, everything travels on the same wave, creating a truly enviable harmony. 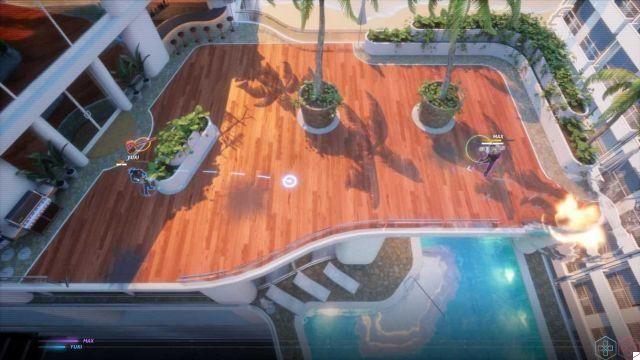 In conclusion, Hyper Jam is a great Arena Brawler, very hectic, fun and from a really well done technical sector. The only drawback lies in the absence of proposals for different modes that can make players bored after a certain number of games, but this can be solved over time by the developers.

Without a shadow of a doubt though, this title, when played with friends, is ready to shine, will make you spend hours and hours of pure fun and cross-play does nothing but come against gamers.

Review Hyrule Warriors: the Age of Calamity, the past returning ❯

add a comment of Hyper Jam review: blood, neon and the 80s