How will DualSense work with upcoming PS5 games? Let's find out!

How will video games evolve? Let's see in this article how the developers have implemented the various functions of the DualSense within the next PS5 games

We all know that video games are not only interpretable systems, but also and above all interactable. Over time, the videogame medium has evolved a lot. Progress has been made in many directions: from graphics, to the technologies of input and output peripherals, to the ways in which the player knows and learns the symbols of the video game to decode it, or game design. One such avenue is the various types of feedback that games are able to provide. In this regard we will find out in this special how the developers have and still are implementing the different features of the Dualense di PS5 within the new games.

These days, Sony has unveiled the new and surprising colors available for its DualSense (Cosmic Red and Midnight Black). The update arrived together with a special in-depth analysis from the Japanese company on the functionality of the pad in return, Sony's new IP developed by Housemarque Games. For this occasion, let's see together some games coming out for PS5 that take advantage of the tactile features of DualSense, such as the haptic feedback and adaptive triggers. If you have played titles such as the recent Returnal or Astro's Playroom, you will know how indispensable the new Sony controller is to have a complete 360-degree experience of the latter. Here is how the developers will use the controller to immerse the player even more in an experience that also involves other senses. 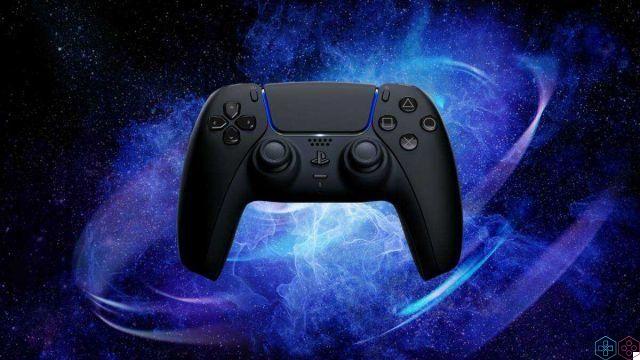 Rift Apart is the new chapter in the historical saga of Ratchet and Clank exclusively from Sony. The duo formed by the last Lombax left on the galaxy and the funny and enterprising robot Clank, in this sequel, faces the mysteries of their past by crossing portals interdimensionali. The guys from Insomniac Games, the developers of the series, are satisfied with the way in which every element of the game world has been enriched by feedback only.


With the Ratchet wrench, for example, it was possible to give a spectrum of tactile sensations even more large when the various are hit surfaces. In short, many in-game actions, such as collecting bolts, opening the radial menu of weapons, or calling up the mini map, will be accompanied by a series of thin, minimal, but always present feedback of the pad, which will offer an even deeper experience of the title. 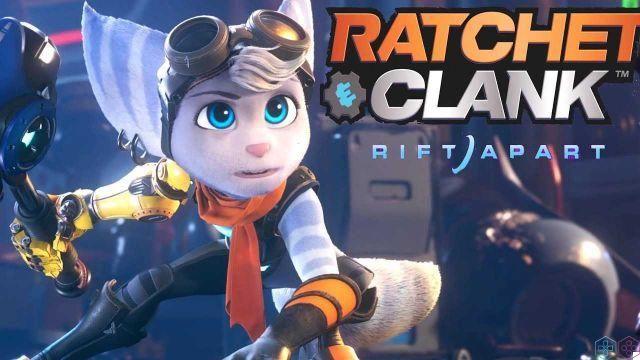 Subnautica: Below Zero - How DualSense works with PS5 games

Let's find out now how the features of DualSense in Subnautica have been exploited. For the most part, haptic feedback will be felt when you use yours instrumentation. For example when you turn on the torch light, or when you collect resources with the auger arm. A fundamental mechanic, from this point of view, is the Metal Detector. Using it you will feel vibrations when you encounter a metal object under you. Not the classic vibration however, but you will feel exactly according to the level, to the frequency and to the "place" of the vibration on the pad, if the object is in front of you, or to your right, to your left or below you. Finally, the RGB LED of the pad will light up in a different color depending on yours nearness with the object. 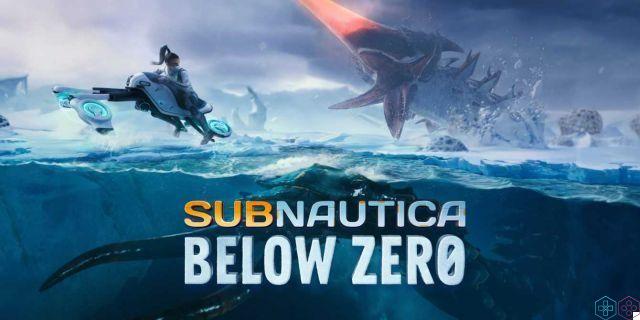 In Ghostwire tokyo players will feel thanks to haptic feedback a better immersion in the world thanks to 3D audio. In fact, by means of the latter, disturbing voices from another world will come out of your pad. This way you can use your "sixth Sense”Sensing things that normal humans could not, and you will be able to solve the different mysteries that radiate the city of Tokyo.


During the fight, however, you can warn through the triggers adaptive, in addition to the evocation of evil spirits, also the different elemental powers. In fact, if you close your eyes, you can distinguish between the emanation of a gust of wind, the flow of a powerful jet of water or the brutal devastation of fire. Finally, the more you progress in the game, the more the sensations given by the various feedbacks will become more intense and strong. 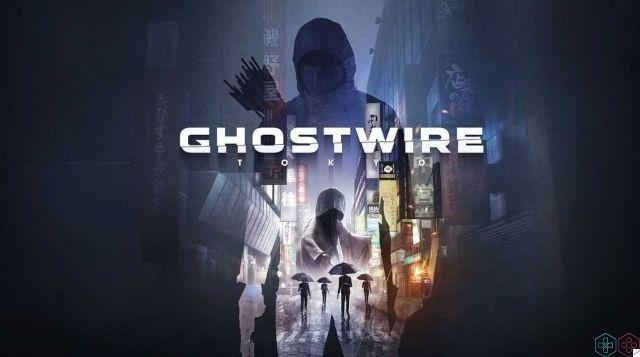 To its substance, Life is Strange True Colors is about connecting with other people thanks to the psychic power ofempathy by Alex Chen. Her supernatural abilities allow her to see and feel the strong emotions of others through a luminous one hate colored. Thus, the red of anger, the purple of fear, the blue of sadness and the brilliant gold of joy will be displayed through the light bar of DualSense to convey these emotions. Finally, as you wander the streets of Haven Springs and use Alex's powers via the trigger, you will perceive one resistance greater each time the powers increase by intensity. So here's how the Deck Nine developers took advantage of the pad's features for the next Life is Strange. 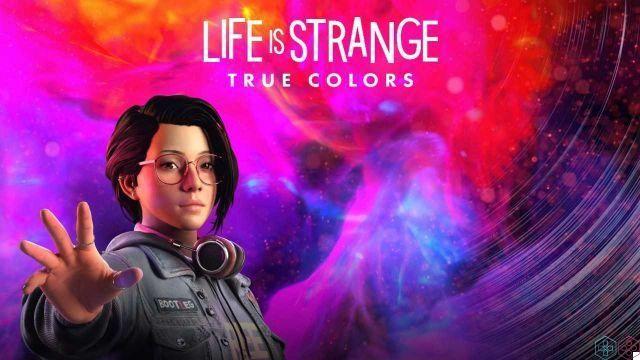 In Scarlet Nexus, there is a combat system where you can use skills psycho kinetics. The DualSense controller is, in this case, a valid ally for what the developers want to perceive. In fact, both haptic feedback and adaptive triggers emphasize the feeling of smashing scenery objects on enemies. As you lift the items you will feel the flow of the character's powers, regardless of which is theirs direction. For example, if the object moves from left to right, the pad motor that returns the vibration will move from the left to the right side contextually. In addition, for an even more realistic experience, the triggers will offer more resistance to the player depending on the weight of the object, as if you were about to lift it with your own strength. 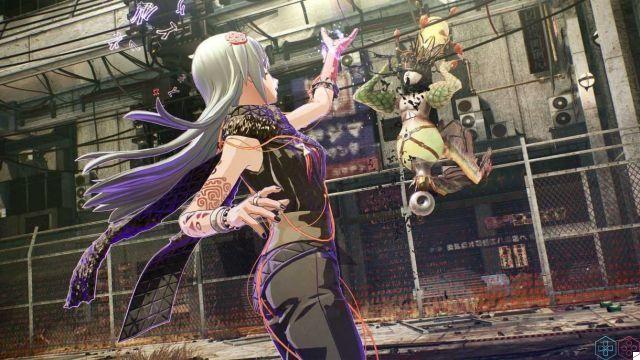 According to Housemarque, the potential of DualSense lies in the ability to immerse the player thanks to the little ones details data from haptic feedback, in a way that has never been done before. Thus it is possible to provide subtle details, at times barely perceptible, that cross the threshold of what it is hands and brain they think it's reality, bringing the player directly into the world represented on the screen. An example is the feedback from the pioggia in Returnal. The latter is in fact perceivable by the player through a series of small ones pulses haptics. These subtle feedbacks are procedurally synthesized over the course of gameplay. The final sense of immersion is given by the combination of video and audio. Both harm yours subconscious the feeling of really being in the rain in the world of Atropos. 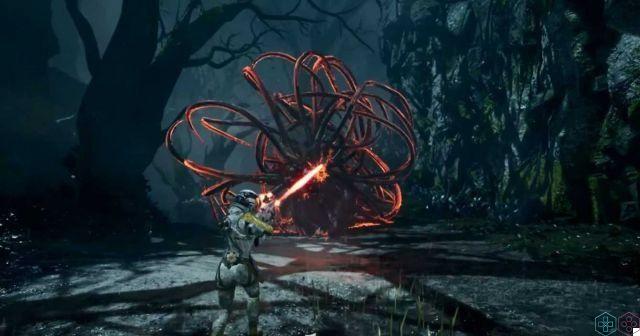 We have seen a number of PS5 games in which the different ones have been implemented functionality of the DualSense. They won't be the only ones however. The hope for the future is in fact to see other titles that will exploit them in an ever different way. Beyond what the different objectives are creative, the common will of many developers is to let players enter ever more perceptible worlds and deep. Thanks to these "illusions", we can therefore hypothesize a future for the videogame medium in which, between VR viewers, augmented reality and peripherals with feedback aptics, the player lives in an increasingly participatory way, involved and with all his people under the various adventures.

To buy securities in discount go to our Instant Gaming link! To stay up to date on the latest news or to read our specials, restate on the pages of techigames.

Crash Bandicoot: retrospective and curiosity about the original trilogy ❯

add a comment of How will DualSense work with upcoming PS5 games? Let's find out!