HITMAN 3 review: nothing is real everything is lawful

Let's find out in this review the third and final chapter of the World of Assassination series, HITMAN 3 closes with a bang

It doesn't happen very often that a single video game series is always made by a single developer. IO Interactive has always been concerned with HITMAN since its inception 20 years ago with HITMAN: Codename 47. This certainly served in an effort to keep the series. true to itself and to be able to accumulate knowledge and experience to improve each time. Perhaps the only stumbling block occurred with Absolution who proposed a more linear and narrative formula to Agent 47's missions.

Experimentation ended with that same video game, as the assassination trilogy. A series of video games that allowed a narrative soft-reboot to further explore the origins of our protagonist and to create a mini universe in which each sequel also improves the previous chapters at the same time. Let's find out in this review the conclusion of a 5-year adventure and how HITMAN 3 sets the new quality standard for Agent contracts 47.

The end of the new beginning

The first of this trilogy debuted with very varied judgments. On the one hand the gameplay was undoubtedly excellent, taking up the gameplay setting briefly left to Blood Money. Gorgeous maps framed an intriguing storyline that offered some glimpse into the past life of the world's deadliest killer. On the other hand, the episodic publishing method left a bad taste in the mouth, tearing the title into six parts.

With the third full installment of the series this system was abandoned, preferring one full publication, which offers much more to play starting on day one. IO interactive is also now an independent development and publishing house, fully owning the intellectual property of HITMAN. We therefore assume that they have had full creative freedom in development. So let's proceed with the actual analysis of HITMAN 3 in this review. 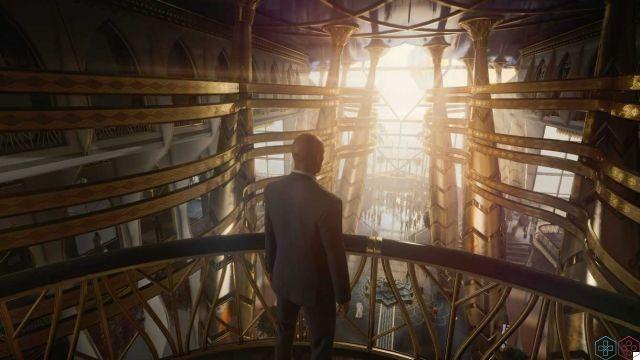 The HITMAN series on a narrative level has never really shone, offering interesting food for thought, but often without really thrilling or surprising. Its heart is all in gameplay, but the World of Assassination trilogy he really tried to explore the themes eternal of the series. With the third chapter we therefore find ourselves at the conclusion of a path built in 5 years and from the first mission we immediately pick up where we left off Agent 47, Diana Burnwood and Lucas Gray, in an attempt to completely dismantle Providence, a Masonic-enlightened-like organization.

Although the evolution of the events are well described, they really struggle to grasp our sincere interest. All the time the narrative schemes remain almost a background, pleasant yes, but totally indifferent and often inferior to the small plots related only to the environments. The actual ending is then the culmination, nice but does not meet the expectations that naturally carry with the World of Assasination finale. However, as already mentioned, it is the gameplay that speaks of Agent 47 and the player himself. 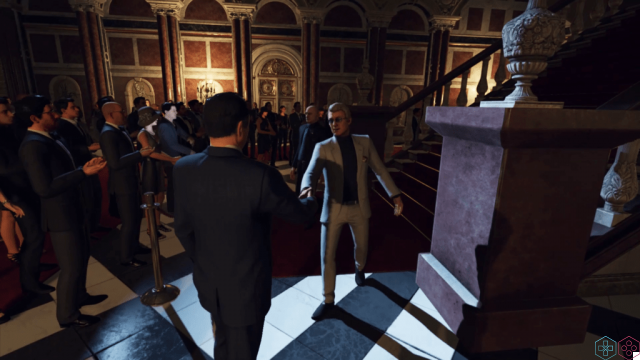 HITMAN has grown and you can see it perfectly having followed the series from the beginning or even just from the title released in 2016. The levels in which the Agent is in charge of carrying out his contracts, have gradually evolved to become the level design titans they are today. Although linked to a common gameplay base, each setting is built in such a way as to give playing an almost completely different experience.

The contract a Dartmoor in England is perhaps our favorite with an atmosphere directly inspired by Agatha Christie's detective stories and the dynamics of films such as Knives Out. a dead.

Agent 47 would already have its target e the player is free to go their own way independently, but the game offers (as in all settings) a more narrative and guided way that you can take with the stories. 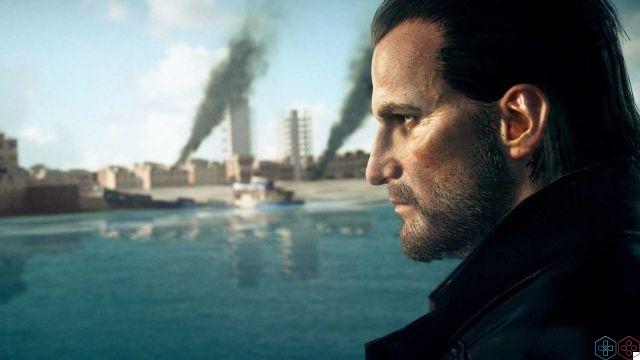 Tools of the Trade - HITMAN 3 Review

In this case an investigator has been called to the villa and while the preparations for the mock funeral are set up, we can literally steal his clothes and question the main guests in the house. Being 47 capable of making use of his analytic view, which allows you to highlight clues, objects, enemies and objectives, we will have the tools to discover the culprit and in the course of work maybe even break down your own objective.

In this third chapter we also have a digital camera, which gives the opportunity to analyze certain scenes to get more information (it also works as a Photo Mode). All allowed with overwhelming naturalness and action options. This happens in all maps and locations.

For example, if a door is closed, one way to get through it could be to look for the key or climb the ledges of a house to reach the right window left open. Each place offers different problems and solutionsin China for example it is necessary to find access keys or you can cross the labyrinthine alleys to reach the same place crosswise. 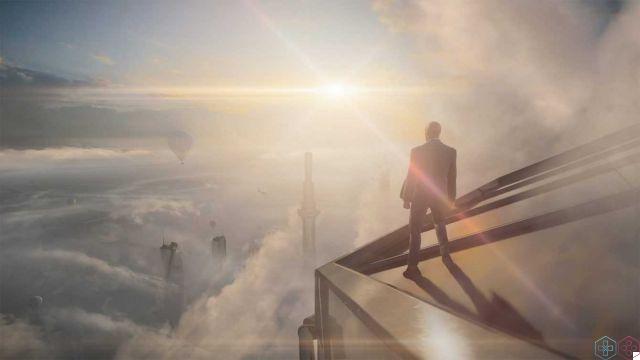 This allowed IO Interactive to insert a huge amount of shortcuts, previously less present or important. These, like many other routes, can be unlocked by finding the key or sometimes wearing the right clothes. In fact, the morals that allow you to go unnoticed in the eyes of certain enemy units. You can pretend to be bikers, waiters, bodyguards or even bellmen to deliver a lethal rat poison-flavored meal.

To take down your elusive targets there are in fact many different solutions in addition to those guided within the Stories. Maybe you just want to find the right moment to break someone's neck or replace a regular golf ball with an explosive one. The creativity offered by this HITMAN 3 is certainly not lacking and you will be constantly bombarded with different ways to kill. Sometimes you will understand them by the presence of unusual or unique objects to the maps, others because you have eavesdropped on the enemy's weak points or some other weird solution (like the golf ball from earlier).

Outside of the Stories you'll have to though always be you to figure out how to make it all work, exploring and analyzing the circumstances. Whether it is perhaps following the goal by understanding its routine or reading information on a sheet left randomly on the table. 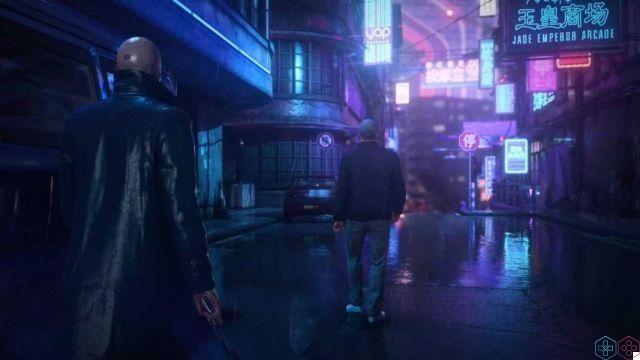 The Tango of the Assassins - HITMAN 3 Review

And if you are tired of acting in the shadows in a cautious way, no one will stop you from picking up a rifle and running towards targets as only Rambo could do. Whichever way you decide to act, the game will reward you with points and gifts at the end of the game based on performance. Once a mission is completed, you will unlock items and methods to undertake missions again, and eventually find new plans to kill. You could unlock new starting points and disguises or on-site support with hiding places full of useful items.

All this in support of a tremendously high replay value. In fact, facing a setting just once is not enough to have really played HITMAN 3. IO Interactive is in fact fully aware of these things and has offered players who already own HITMAN 1 and 2 to import progress and maps in the third chapter, taking advantage of all the new graphics and gadgets. To do this we have created a special guide.

There are also two game modes already seen in the past: Contracts e Sniper Assassin. The first offers the opportunity to create one custom match or search for it online, with goals chosen by the player whether they are primary or secondary. Sniper Assassin is instead the sniper mode, in which Agent 47 will have to assassinate various targets from afar without being noticed. 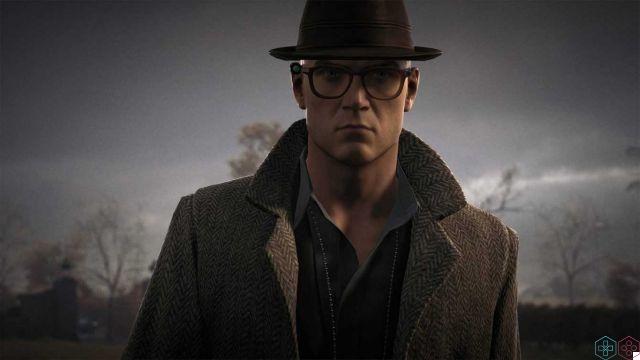 The Weight of Murders - HITMAN 3 Review

As for the more technical side, i controls are the usual tried so far, a little rigid but perfect for always having control over the Agent and possibly not get caught during a stealth action. Even the interface is almost always the same, functional, minimal and full of secondary options to refine the games as you see fit.

The title was then played on a PC platform based on the Epic Games Store given the exclusivity. We specify it because we are not sure if it is the fault of the store or the IO servers, but it has sometimes happened to suffer disconnections and server problems sometimes slowing or blocking the process of saving and uploading progress to the cloud. Nothing serious but a bit annoying since in those moments the game is briefly stopped and an information window opens up almost half the size of the screen.

On the performance side we didn't notice any problems, surprisingly the Glacier Engine is still capable of delivering detailed environments, truly remarkable reflexes and crowded crowds without weighing too much on the frames. Specifically, the used computer is equipped with a Radeon RX 580 8GB, 16 GB of RAM e AMD Ryzen 5 3600 as a processor. Furthermore, although the installation took place on the Hard Disk, the uploads were still very fast. 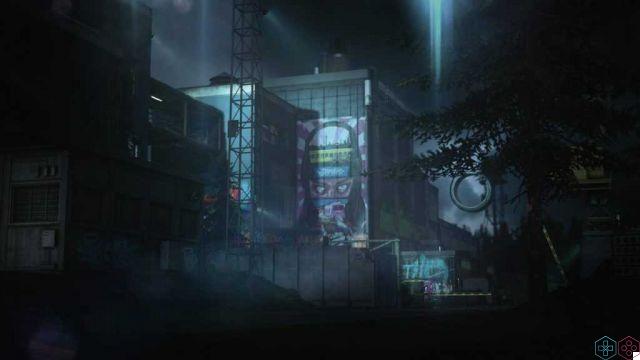 Finally, we have come to have to sum up for this HITMAN 3, if you have read the entire review, however, it is not a surprise to understand that it is an unmissable game. Finding flaws in this title is a difficult action even if it is not perfect: the plot did not surprise us and sometimes the facial animations in the cutscenes leave a lot to be desired. However the rest is dripping gold. The six unique environments offered by the game are meticulously crafted to offer different and fun experiences. The design of the levels does nothing but enrich the saga leaving us in the hope of being able to see more beautiful and fun ones in the future.

Then do yourself a favor and don't immediately close HITMAN 3 as soon as you finish it. Keep planning new ways to kill and reach the targets, the replayability is in fact immense so as to make it almost infinite game. We close with a dutiful quote to Assassin's Creed, a phrase that now suits Agent 47 much more: “nothing is real, everything is lawful”.

HITMAN 3 is the game reviewed in this article, available now for PlayStation 4, PlayStation 5, Xbox One, Xbox Series X | S, PC, Google Stadium and in the Cloud version also for Nintendo Switch.

add a comment of HITMAN 3 review: nothing is real everything is lawful