Historia: two weeks to the end of the Kickstarter

There are only two weeks left before the closure of the Kickstarter of Historia, the new dark fantasy Renaissance setting for D & d 5. The campaign has already exceeded its goal: Historia will see the light in 2020 with many splendid additional contents. But there is still time to get your preview copy and contribute to the campaign

Historia is a new and original Renaissance setting for D & d Fifth Edition. Born from the collaboration between the creators of Journey To Ragnarok Michele Paroli and Matteo Pedroni, and Mirko Failoni (concept artist of Vampire the Masquerade among others), Historia takes us to the discovery of Vesteria, a ruthless land populated by anthropomorphic animals, full of intrigues and dangers. Explore unknown lands, unravel plots and intrigues, and prepare to be forged in the fire of adventure. Historia's Kickstarter will be online for another two weeks, and there are few rewards left to unlock. 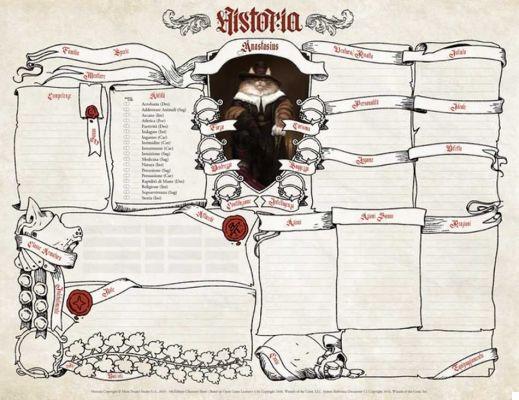 Surprising fans and enthusiasts, Historia's Kickstarter campaign has achieved its goal from the very first hours online. So what makes this setting so unmissable and fascinating? First of all, in our opinion, the development team: Journey To Ragnarok had already satisfied the D&D players thanks to the complexity and depth of its Norse setting. As well as, of course, for the care with which this had been dealt with. In addition, to link both productions there is the choice of creating an adventure connected to the most famous and played RPG ever. Element that already with Journey To Ragnarok had convinced many of the players to invest in the campaign.

But it's not just that, at all. Historia, already from the presentation, proves to be a decidedly unmissable setting. Backed by 15 new playable races, called Familiae and divided in turn into Species, it allows you to choose and play over 50 different types of anthropomorphic animals. And if this were not enough to instill desire, the authors have also created 9 classes adapted to the Renaissance environment of the Vesteria lands, inserted in a system of Factions and Professions.


And that's just the beginning. 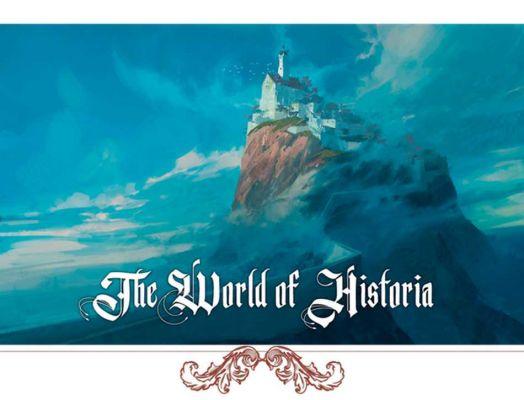 The World of Historia presented in the Kickstarter

The history of the setting is already inexpressibly complex and attractive. It opens thousands of years ago, when a handful of animal species living on Gaea then began to develop anthropomorphic characteristics: opposable thumbs, to name one, or human-like reasoning and interests. Thus, the continent of Vesteria was born, a land with ancient traditions and a complex and stratified culture.

Guided in part by theocratic power, The Holy Kingdom, in part free and controlled by the Confederation of the Free Cities, Vesteria is a land in unstable equilibrium. It is continually plagued by battles for political control, by cases of espionage and betrayal, by corruption and greed. And it is at war, also because of the land known as The Green Pit: vast and inhospitable, crossed by inaccessible mountains and ancient forests, the land also known as the Fossa enjoys a completely unpredictable climate. But in its deepest heart are hidden precious mineral veins, golden treasures and unparalleled resources. Both sides want to do it, but the Pit is protected by the primal magic of Vesteria, and it won't be easy to get hold of.

Races and Professions playable in Historia

Already from the Kickstarter, it is possible to know which races of Historia will be that we will be able to impersonate. At the creation of the character, each player can in fact choose first the Order, Theris / mammals or Avians / birds and then the Familia, groups of similar species with common traits but specific characteristics (skills and appearance to name a few). Canids, Felines, Ruminants, Anatidae and Rapids are just some of the Familiae present, and the variety of the choice seems incredible right now.

The same goes for the Professions, of which at the moment there is a temporary list (which we have translated for you. The names, of course, may vary from the originals).

As we read in the Kickstarter, the Professions in Historia will represent the growth of the character, and what position he will acquire in the social order. The Professions will grant new characteristics with the advancement of the level, determining the basic structure that the character will adopt during the fights, the explorations or the social interactions, and can be combined to obtain new interesting developments. The characters, united by common objectives or simply by chance or fate, during the campaigns will be able to experience new challenges, explore hostile lands or be involved in intrigues and machinations which are then the very heart of this setting.

In summary, therefore, Historia is in effect one of the most attractive settings of the last period, and this is demonstrated by the numerous supporters who have already joined this Kickstarter. We await you with extreme curiosity and will follow the game's developments step by step. And you? Do you already feel the call of the Renaissance? So hurry up, Historia awaits you! Find the link to the project in detail.

[And if you also cultivate interest in Kickstarter, perhaps this other project, which we talked about a few days ago, can also tease you: Shadow of the Demon Lord - The Kickstarter]

add a comment of Historia: two weeks to the end of the Kickstarter