The review of Hidden Folks, a game that mixes art and the search for hidden objects!

Talent is one of those things that makes a concept special that at first glance would be quite simple and affordable for everyone, such as playing hide things in a room and waiting for someone to find them.

Only the "room" is nothing more than a much larger setting, like a jungle or a factory can be.

Adriaan de Jongh and Sylvain Tegroeg have done nothing but drop the gamer, in a magical and colorful way, into a series of worlds to find what could be framed as a game of "hidden objects" (aka hidden object).

Remember those beautiful illustrations that you surely had to do years ago and for which you tried to focus on every tiny detail, perhaps with a few friends, organizing the first man hunts of your life? How can we forget Waldo and his fellow adventures, in the very detailed illustrations. 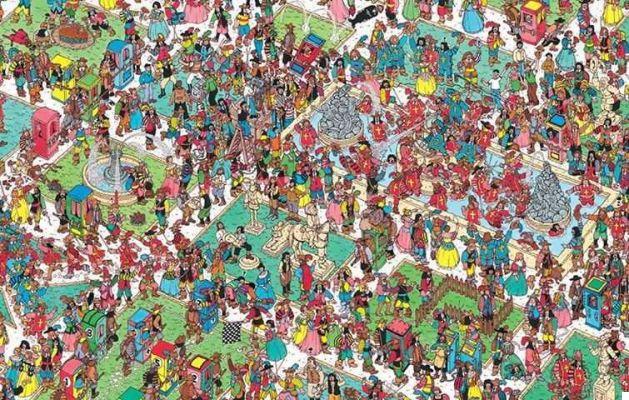 Find Waldo, until he loses track of time and space around him

The mechanics were particularly simple: in an illustration, full of details, you were shown a series of individuals, including Waldo, to be found in the chaos. If you found them all you won. It was also a great way to compete with your friends who could find them all faster.

It was difficult to underline or circle the point where the goal was identified, preferring rather to leave the field free to other people and other games, perhaps when our memory had removed the solution.

Hidden Folks does much the same thing, with all the skill of the two authors and their team, in varying the theme.

You will tell me that you see neither colors nor magic when looking at these screenshots of the game. How to blame you. But I ask you to get a little closer, perhaps by visiting the project's web page (link) and “touching” the atmosphere you breathe with your eyes.


Of color, although everything is hand-drawn by the illustrator, there is a lot of it, if you mean “colored” in the sense of varied and rich in details. With Hidden Folks you will find yourself observing vivid scenarios, like in Waldo's, but in motion and changing according to our interactions with the mouse. 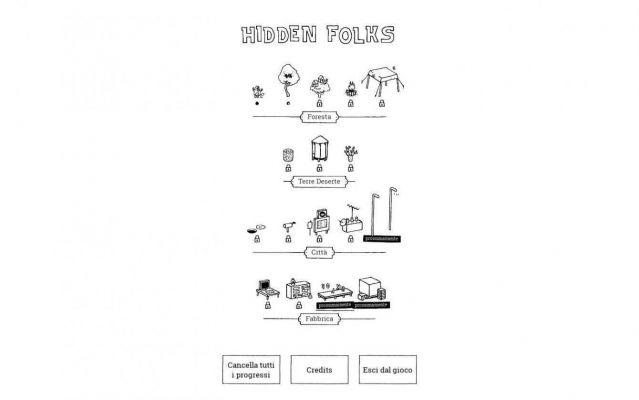 These are some of the levels available. New ones will be added soon, to increase the already long longevity made available by the title

The characters and objects to be traced in the game framework are innumerable, so you can spend hours of play, observing and sharpening your eyes, appreciating the illustrative art and the magical concept that is the basis of a title like Hidden Folks, with a magic that will enchant your eyes. For example, in the search for "Nella the model", you may come across some strange figures behind a bush, which you may not have previously noticed. Just click several times with the mouse on the hot spot (in this case the bush) to interact with the scenario and change its appearance or activate events, which in turn will allow you to discover other objects and characters to be identified. 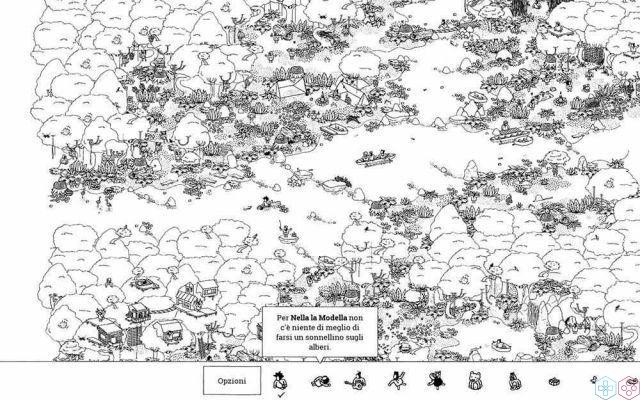 Do you see it? She is the one who is sleeping

During my test session of Hidden Folks, carried out on steam, therefore with a mouse, I repeatedly thought about when it should be comfortable to play this title on a tablet or smartphone, using the tap of my index. From the various announcements made on the web by the authors it seems that the game actually intercepts even that market segment that uses android, windows and apple terminals as a means of entertainment, perhaps not giving in to a mass title, but looking for something more sophisticated. , with an artistic and immediate depth. 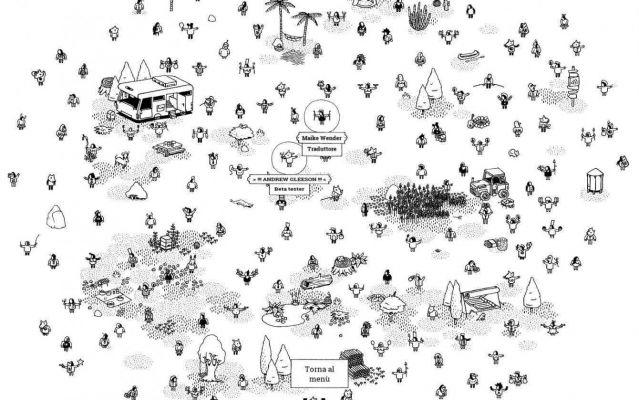 In addition to the items on the list and the characters, I found a lot more in Hidden Folks

For example, I found the quality of a game that cannot simply be framed in the macro "entertainment", but that results in real illustrations to be admired and observed in their evolution. 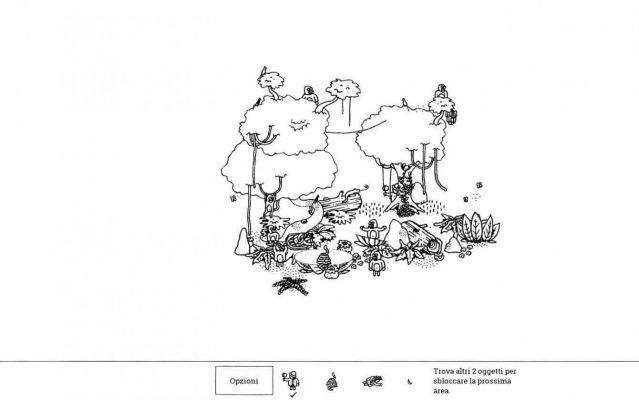 This is the framework in which you have to become familiar with the game. Then things will be much more complex

Among the many press quotes regarding Hidden Folks, that of Tim Cook - Apple's CEO, is the one that struck me most:

I’m sure my niece will spend many hours in this game!

This title conveys a feeling, difficult to communicate, that only by trying it for yourself will you be able to grasp, between the intimacy of a living world and the search for your goals.

Yes, a sensation that is difficult to communicate, like explaining a color to someone who can't see it.

Hidden Folks is a title of great artistic depth, which allows you to interact with its illustrations, including the search for hidden objects and characters.

add a comment of Hidden Folks review, a very "colorful" black and white