GRID review: back with a bang… for real!

For some time now we have been testing the new racing game from Codemasters: GRID, let's see if we liked it or not through our review

It has been more than 5 years since the last title in the TOCA Touring Car series. GRID Autosport was the latest automotive video game to bear that name for far too long. Now, however, it's up to GRID (simply GRID) assert himself, managing to bring up the name of the saga, but will he have succeeded? You will find out just by reading! 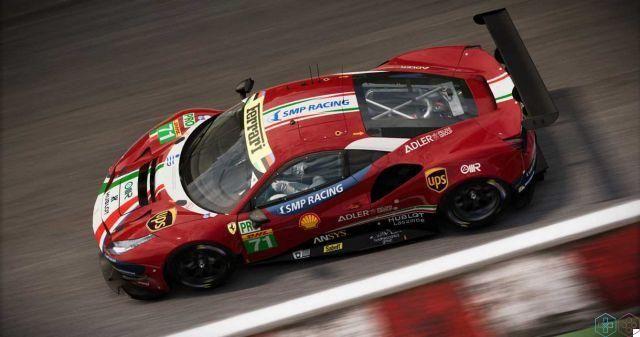 It will be for the home screen, it will be for the selection of saving once the title is open, it will be for the bare but essential menu, but already before trying the game, GRID gave us the impression of being a game of yesteryear, who wants to get straight to the point without too many frills. The initial menu contains the options, the item that allows you to change our profile, the free game, the multiplayer mode and the career: the core of GRID.

Once the latter is open, spectacular cinematics will appear with the first test races in succession, in order to introduce us to the gameplay and show us a part of the types of cars available, including sports, nascar and touring. In the career we will have to face the World Series Racing, a series of varied competitions, which include all the different types of cars that make up the vast fleet of GRID cars. Without a real plot, our career begins here.

After the “tutorial” part, all the available series are displayed on the screen, together with their competitions already unlocked or still to be unlocked. There are a total of 6 series, but each of these does not include only one type of car, but various. Our goal, for which we will fight on the track, will be to participate in the Grid World Series, the most important tournament of all, as well as multidisciplinary. To access the latter, however, we will have to face and win 4 Showdown: the latest competitions available for each series, so the road is long and winding. 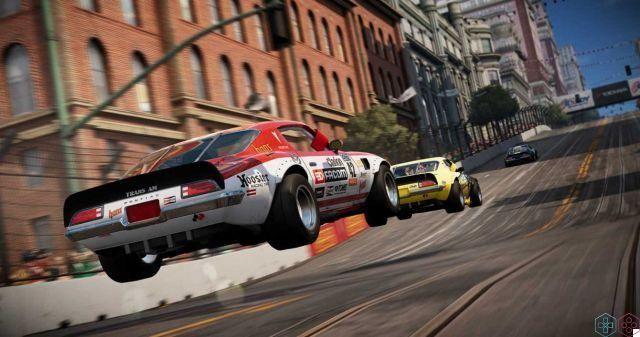 Already from the first curves faced sideways you can see how much the soul of the new GRID both arcade and in line with the nature of the series. First of all, however, to compete in the proposed competitions we will need to have ours personal cars, purchasable once you have selected the race or from our profile. Although initially we will only be able to buy a handful (as we will still have to unlock many competitions), later we will be able to have many more.

Despite the fact that the car park understands well 70 total vehicles, there are no major differences between the cars of the same category, leading to the player choosing a four-wheeler over another mainly for aesthetics or for the lower cost. Yes, even in the new Codemasters title we have a credit system which allows us to buy, as well as the different cars, contracts to change ours teammate.

The latter will help us to raise our team's name as the more faithful he is to us and the more astute he will drive, the better his results on the track. This mechanic, however, is not very thorough and leaves the time it finds. The credit system is balanced and as we continue through the various challenges, the gains will be greater. This allows to have an excellent general balance, in order to face the competitions with more particular and powerful cars in a gradual way. 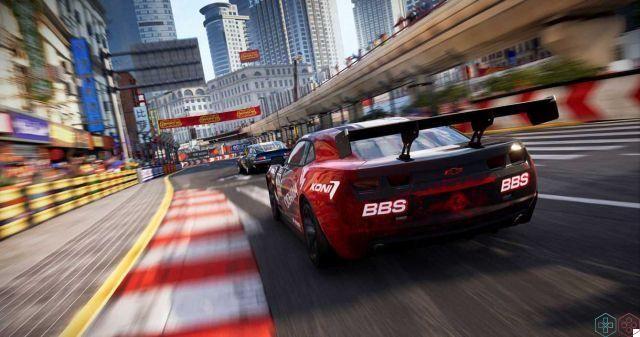 Return with a bang - GRID Review

As we have already mentioned above, GRID has a purely arcade driving system. Our test, however, showed how the title can be adapted to the needs of any type of player. Initially, in fact, the medium difficulty set did not impress us at all, highlighting a not particularly brilliant AI and a fairly simple type of driving.

By increasing the difficulty of the title, among other things that can be customized through your preferences, we have seen how the soul of the game comes out in an arrogant way. Between the control of the cars becoming much more difficult and the decidedly tougher opponents, playing on higher difficulty levels might make you enjoy more fun.

The opponents present in GRID do not often and willingly take advantage of a clean driving, preferring more overbearing tactics, such as the invasion of our trajectory, sudden doors, cut the road and so on. Obviously the driving style is personal, but the game invites us to adopt one that is not entirely correct to move up the rankings or maintain our position. Here the new comes into play "Nemesis" system. The latter makes our opponents much more aggressive and tough towards us in case we attack them too many times and too hard.

The feelings you get while driving in the new Codemasters title are really great. Passing from a classic circuit to a city full of curves, the sensations will change as the rocky walls touched at high speeds will increase the pressure and the likelihood of making mistakes. Although cars of the same category have similar driveability, the situation changes with vehicles belonging to different classes. The feeling you get when driving a sports car is far different than when you are behind the wheel of an old Mini, since you can feel the change in power and weight. 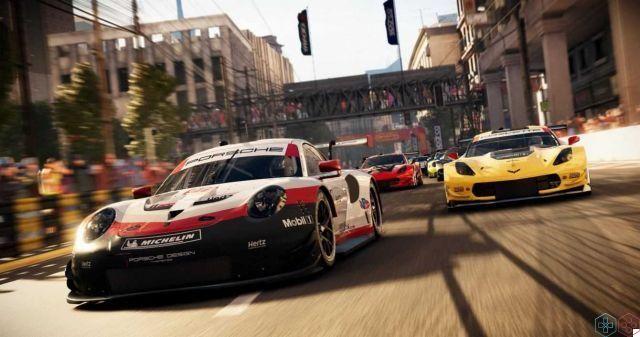 Between highs and lows - GRID Review

The visuals proposed are varied, but the most suggestive remains the first-person one. The perception of speed that you have with this view is excellently successful, in addition to the fact that the immersion in the title is absolutely greater. For the graphic sector, at least on smooth PS4 (console we tested it on), we have ups and downs. Good characterization of the cars and, in general, also of the gods 12 circuits proposed, but between pop-ups and textures loaded very slowly, there are problems. The interior of the cars, moreover, is lacking in details and of low quality: a real shame.

The title features a car personalization system too basic. Going forward with the races we will unlock different liveries that we can apply on the cars, being able to change only the various levels of color, without being able to intervene on the color of the rims and so on. What, though, is the real lack of GRID? Well, there is very little variety in the title. Despite the several dozen cars and the few tracks with numerous variations, the title competitions are very similar to each other.

The online sector is not very attractive, with the ability to create an instance in which to have your friends participate, or join random online users. Although these modes are very solid as regards the netcode, they remain similar to everything else, not going to entice the player to frequent them assiduously.

The sound sector is good, with excellent sound of the cars and everything related to the latter. Also damage are characterized really very well, with plastics that fly away after too strong a contact, or bodywork ready to deform after an accident.

We conclude the review by saying that GRID is a stable work that goes straight without asking too many questions, like the previous titles in the series. The game by Codemasters is fun without any doubt but unfortunately suffers from a fairly present repetitiveness during long game sessions. Apart from that, if you are looking for a car title that entertains without too many words, there is no doubt that GRID will not disappoint you.

add a comment of GRID review: back with a bang… for real!