Today we discover a little pearl of the indie world: Graveball a simple and effective game! It is an arcade multiplayer that brings the player an interesting version of "alternative rugby", let's find out together in this review!

Often the indie world is underrated by the masses, yet it offers great gems. In fact, the beauty of independent productions is precisely the freedom of expression that the developers have compared to the classic triple A. Graveball is just the perfect example for those looking for a work that knows how to reinvent classic game mechanics and bring them to maximum splendor thanks to many small goodies that give hours and hours of pure pleasure!

We have previewed it on Steam and the following is our review of this title which turned out to be a very pleasant surprise! 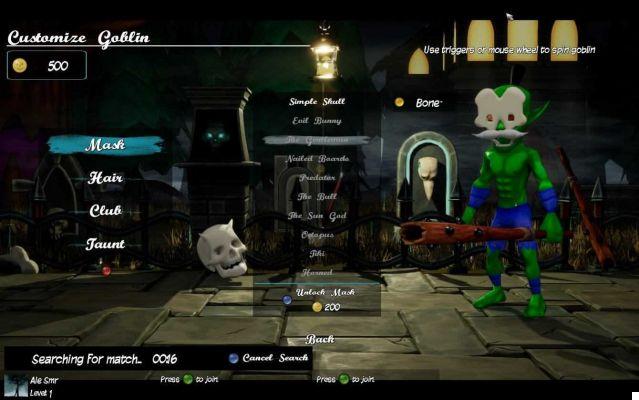 Graveball: when it takes a little to do a lot | Review

Well yes, usually a sports game respects many canons. Canons that often make the work classic and easily delineated simply by looking at the cover. Making a sports game something different seems like a simple operation to non-experts in the sector, yet it hides many insides: the first of all is the balance between innovation and classicism. It takes a lot of imagination and courage to dare and create something new. And this is exactly what the developers of Graveball have: daring with a lot of imagination!

In fact, this game re-examines a classic such as rugby by introducing a very physical hand-to-hand fight and a particular dynamic as regards the rules of the game itself.

Let's start with the title. We control a small club-wielding "zombie" who has two other teammates (also similarly armed). Our aim is to get the ball into the “scoring zone” in the ground of the opposite area. The basic concept is therefore extremely simple. By hitting opponents with the club, we can kill them and thus "clear the field" to go to score point. However, the opponents are zombies, so in a matter of seconds they will rise again! Obviously the same fate can strike us! If the opponents hit us we will die when our life bar is completely zeroed!

Obviously we too can rise again and maybe do it right under the feet of our opponent killing him in turn! In fact, once we are dead, we will become ghosts that I can choose where to resurrect, or equip ourselves with a scythe and resurrect at the death of one of our opponents! This simple idea brings a lot to gameplay: even in games played with bots as allies and opponents, fun is guaranteed! Then, there are lots of little goodies! These are well explained in the tutorial which is really well done: a pleasant surprise since in 5 minutes we will already be masters of the game! 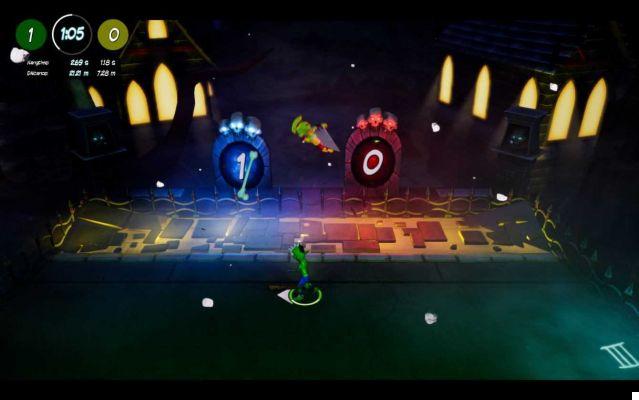 Such a title is very interesting to play in single player with bots, but what happens if we play it with our friends in a 3 vs 3? Lots of stuff, really. Potentially this game can entertain for entire evenings! It is absolutely not a heavy title, on the contrary it is very light, but at the same time it is very competitive: so this extreme competitiveness leads to wanting to win and therefore to play over and over again, ending up making sessions that can go on for hours! This is the greatest advantage of the game: a truly infinite replay value! 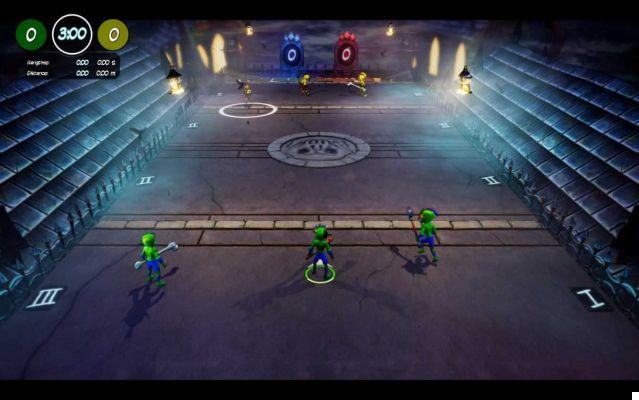 As you can see in this screen, the graphics are very pleasant, and its being "cartoonish" immediately makes you understand the very arcade style of the game! We did not detect glitches or noteworthy problems in our test, and indeed we were fully satisfied with the title! Another interesting aspect is the character customization! We can make our alter-ego different from others by customizing his look and accessories!

Yes, this title is truly a gem! A fantastic game to spend virtual time with our friends on gloomy evenings where it is not possible to leave the house! This game has all the credentials to become a trendy, simple and effective work with new dynamics. We strongly advise you to try it and take it with your friends: you will not regret it!

Gravel review: on the right path one step away from the finish line ❯

add a comment of Graveball Review: A Simple and Effective Game!