Bullet hell shooters are as old as they are fun. Today we want to show you Godstrike for Nintendo Switch, in this new review

Small indies, with a great idea behind them, have become one of the keys to success in the current videogame market. On this trail, OverPowered Team tries to bring a classic bullet hell shooter to Nintendo Switch, with some little tewist. The result is Godstrike, a title certainly interesting but not without flaws. Let's find out Godstrike for Nintendo Switch together in our review!

Before we get started with the actual Godstrike review, let's shed some light on the bullet hell shooter genre for the uninitiated. The bullet hell shooter is a genre as old as it is funny, which consists in defeating enemies (therefore level bosses) juggling rains of bullets and burst attacks. Despite the masochism of this genre, the degree of challenge entertains thanks to the difficulty of the game and defeating the bosses becomes extremely rewarding. Among the most famous bullet hell shooters we remember the series of Nier, the most recent Hades or the Bayonetta series. Will the OverPowered Team guys manage to continue the tradition? 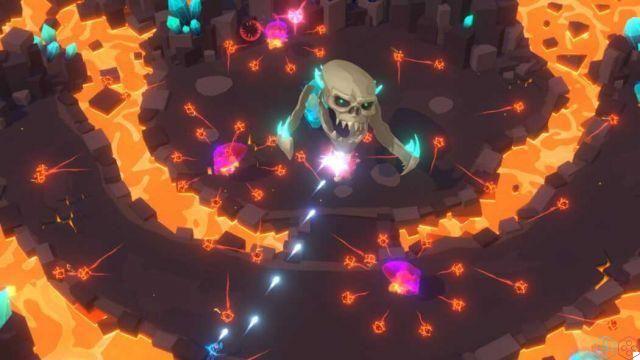 Between Gods and Eraldi - Godstrike review for Nintendo Switch: hell of bullets

Godstrike's story is decidedly sparse and linear, as well as not very original. The world of Eonora is threatened by the Eraldi, creatures of boundless power that battle each other, thus causing the destruction of the planet. Our protagonist, Yissia, thanks to the power of the mask of Talaal is the chosen one who will have to defeat the Eraldi to save the world. With these premises, it is immediately clear that Godstrike does not live on history but on gameplay and visual impact. The game is simply based on the succession of boss battless increasingly difficult and challenging, until you face the final boss.


The graphic sector, albeit simple and not too chromatically varied, is characterized by a satisfying and detailed isometric low poly graphic. Effects are satisfying, as is hit feedback and skill casting. 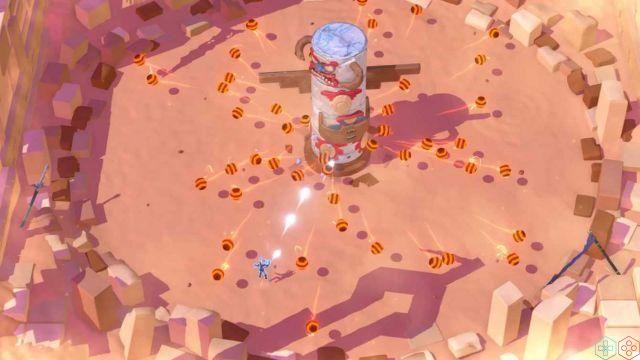 Despite taking up the basics of the genre, Godstrike stands out from the classic bullet hell shooters for some game mechanics. The first lies in the twin-stick fire mode: to fire shots at enemies, you will need to use the right analog stick of Switch by manually directing the shots. The second lies in the management of the boss battles. Our hero will not have a life bar but a timer, and we will therefore have to defeat the bosses within the time limit. This means that every movement must be flawless and precision with the right hand in directing hits becomes fundamental.

We understand that the genre requires a high degree of challenge and that the souls-like have imposed a new standard of difficulty in the market, but if we combine the lack of practicality of joycons in twin-sticking with the amount of elements to be taken into account in Godstrike , we get a game really too difficult and prohibitive. Additionally, the difficulty of the game is strangely balanced with the skills we will unlock and equip over the course of the game. By equipping more and more skills in the build, the time available will be less and less. To give an idea, completing the tutorial of the game (in which you face the first boss) took us around 20 minutes. The same time it took to defeat the "terrifying" final boss. 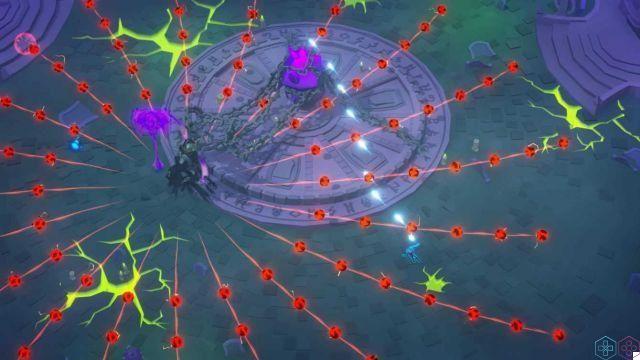 A lot of climbing, then climbing again - Godstrike review for Nintendo Switch: a hell of bullets

Due to the above, Godstrike suffers from an always steep difficulty curve. The first four bosses, including the one in the tutorial, are so challenging as to keep us glued to the screen for at least 6 hours. The fifth Eraldo, Duhm, represents a breaking point between the first part of the game and the second. By defeating the fifth boss, in fact, we will find ourselves having a quantity of build that can face the remaining five bosses (on paper) much more simply. But if before the difficulty of the game was dictated by the degree of challenge of the enemies, now it is dictated by the fact that by equipping more skills, we will have less time to take down the bosses.

Consequently, if up to the fourth boss we found ourselves cursing for the difficulty of the bosses, from the fifth onwards we will find ourselves cursing for the inexorable lapse of time that quickly leads us to defeat. As if that were not enough, the shots of the enemies cover the entire length of the map while Talaal's shots only cover half that distance. This will lead us to have to get close to hit the opponent, inevitably running into his deadly blows. 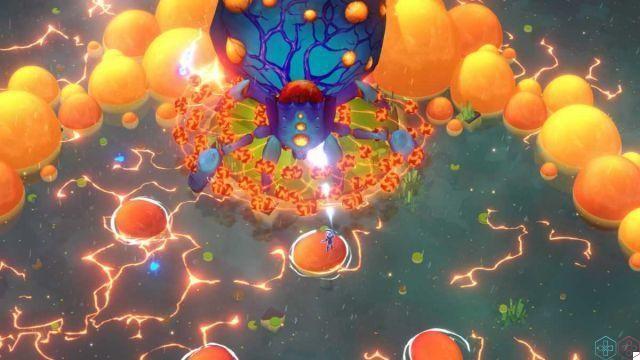 Having to sum up Godstrike, we are faced with many defects and some merits. The game on Nintendo Switch (specifically) it is a good product and it is well optimized, despite the difficulty in handling the twin stick due to the ergonomics of the joy-con. Graphically it gives a nice impact and, although it could have been done better, the soundtrack reflects the frenetic pace of the game. However, they counterbalance this a fairly trivial story, definitely a gameplay too difficult and frustrating, and a flat learning curve. Wanting to define Godstrike in a nutshell, we are faced with an almost exclusively game for tryharders: for everyone else, there is frustration.


Godstrike is available for Nintendo Switch from April 15th at the price of € 9,99. Before saying goodbye, we remind you to stay connected on techigames for further reviews, guides, news and much more from the world of video games. Also, don't forget to check out the Instant Gaming catalog for always discounted games. Bye!

add a comment of Godstrike review for Nintendo Switch: hell of bullets