God Of War does not follow the canonical numbering of the saga, it leaves the old chapters behind, giving space to a new adventure in all its forms

In this new chapter of God Of War Santa Monica Studios, led by the game designer Cory Barlog, you leave behind the story of the ghost of Sparta. By renewing the gameplay of the game from top to bottom, it does not just “rejuvenate” an outdated combat system.

In this new beginning, of a saga destined to last over time, Kratos is accompanied by his son Atreus. This first and substantial change is only a small part of the natural innovation of a brand that had already given us a lot. There were also many fears: seeing such an important saga, being discounted over the years, had frightened almost everyone.

If you want to know how much and how this new, deeply modified look surprised us, you just have to read this God Of War review. 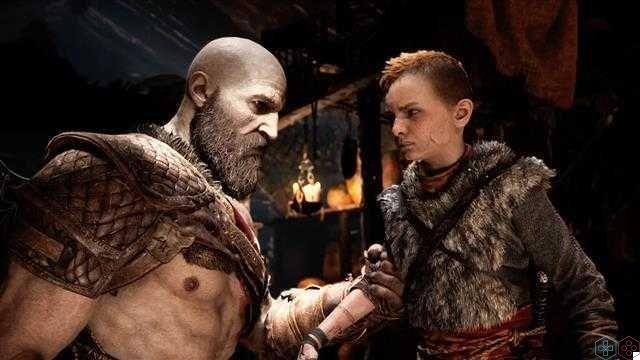 God Of War: the end and the beginning of a story | Review

With this new chapter of God Of War it is not wrong, but not right, to talk about sequels. Although the story continues from where we left off, a part of the life of the most famous Spartan in video games is not missing.

Say goodbye to the warm and sunny Greek islands forever because in this new title we will find ourselves in the cold wastelands and desolate Norse lands. Kratos has visibly changed in the body but above all in the soul.

Our adventure begins with the Ghost of Sparta intent on giving his wife a final farewell by setting fire to the pyre that supports her lifeless body. At his side, Atreus, the son he had from this Nordic relationship.

The journey that the two will have to undertake revolves around the last wish of his wife and mother. A request as simple as it is important to the plot: to scatter the ashes of the body from the highest peak of 9 realms.

The story revolves entirely on the troubled relationship between a father and a teenage son. And if the father is Kratos, I leave you to imagine what nuances the whole can take. A man marked by a life of battles who lives according to the military code that marked him in the depths, a father who is perhaps too absent and a journey that will serve to introduce us to a character who has been for too long painted purely for his anger at everything and everyone. 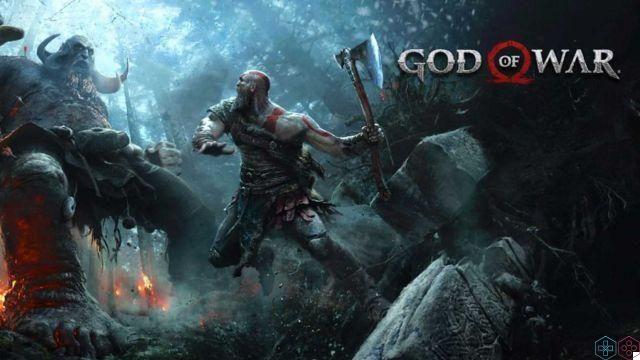 God Of War: a gameplay that does not modernize but evolves the saga | Review

The gameplay of this new God Of War it changes completely without forgetting its roots. As just said, the gameplay of this saga does not change but evolves almost naturally. While upsetting the canons we are used to living with, when it comes to God Of War, innovation follows a natural path that can be appreciated by long-time players but above all also by newbies to the brand.

In addition to the classic combos that we have appreciated and loved in the previous chapters, we find a character growth system no longer linked only to weapons but also to runes, armor and special abilities. In doing so, the video game takes possession of a depth never seen before.

The player will have the opportunity to structure his gameplay on the classic brute force or devote himself to builds that can make the most of the character's unique runes and abilities.

Another substantial change will be the presence of Leviathan. An ax capable of being thrown and recalled on command by Kratos. Thanks to the latter, environmental puzzles could be inserted that will guarantee a valid interlude to the battles. The clashes will alternate constantly between furious and more thoughtful fights.

Another fundamental change in the fight will be the possibility of using the shield to parry the opponent's blows. Furthermore, the shield, if recalled at the most propitious moment, will return the damage to the sender, allowing you to counterattack and interrupt the opponent's combos.

The parry system will be a valid defense system if combined with the roll that will allow you to have a few frames of invulnerability. Pressing the X button on your pad once will make a side dodge useful to dodge vertical slashes. On the contrary, to dodge the horizontal attacks you can press the same button twice in quick succession to guarantee you a directional roll at your convenience.

The QTEs have been almost completely eliminated and have been replaced by live action movements. Boss battles are always unique and different. The various fights will be faced with the right strategies and the level of difficulty will be congruous and increasing for the duration of your journey.

A keynote of the title is the one that marks the end of the story. Although the main plot has a longevity suited to the title, the game continues even "post end". Offering the player a disproportionate number of side quests.

You will even be able to access two areas totally unrelated to the main plot that in a procedural way can keep you busy for dozens and dozens of hours. Discovering every secret of the lands bordering Asgard will be a cross and a delight for any daredevil gamer.

Atreus the real change to the God Of War combat system

The most obvious change is certainly the one that sees Atreus controlled in part by artificial intelligence (excellent) and in part by the player.

If you fear that the son of Kratos may, due to a poor AI, get in the way of you during the battles, fear not! Not only will it not get in your way but it will be a fundamental part of the gameplay. Some battles, especially if played at higher difficulty levels, will not be able to be faced without Atreus and his arrows.

Again, good planning and a good strategy will bring you great advantages in battle. Choosing the right ammunition for your companion's bow will allow you to stun your opponents, interrupt their combos or attract their attention while you recharge your life points through the classic green stones.

There is also the possibility of exploiting the "Fury of Sparta”A powerful attack that in addition to doing a lot of damage will make you momentarily invulnerable. The bar of the "super" in question will recharge as always by hitting enemies or using the red stones. 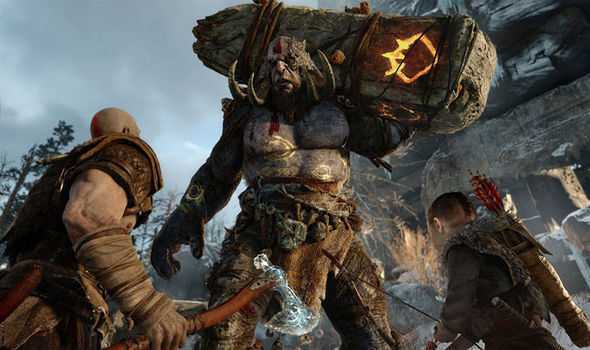 God Of War on PlayStation 4 has graphics to envy! | Review

The technical aspect of this God Of War su PlayStation 4 it is only proportionate to the quality of the gameplay. The visual impact is the same that you could have on a medium-high-end PC, Santa Monica Studios has shown that not only the colleagues of Naughty Dog know how to exploit the full potential of the Sony console. After Horizon Zero Dawn I didn't think you could still improve the technical aspect of a videogame on such a console! But obviously I was wrong.

Textures such as polygon modeling are unmatched, even if the title does not look like an open world the maps remain very extensive and rich in detail. The play of light and shadow, the minor enemies and the big bosses, as well as the main characters and supporting characters, are treated in detail up to the exasperation of the machine.

With the latest patches, the possibility has also been added for PlayStation 4 Pro owners to choose between an even better graphic appearance or an increase in FPS. An aspect that gives even more value to what is a real production without errors. 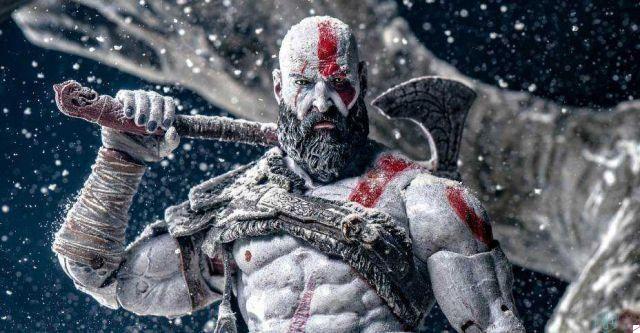 The plot, the technical level and the evolved gameplay naturally bring God Of War to the Olympus of best PlayStation 4 exclusives.

Kratos has matured alongside the players and has reached a level of perfection that could never have been remotely hoped for. The excellently managed gameplay accompanied by an impressive technical aspect brings not only this title but the whole world of action games to a level never seen before on the Sony console (and beyond).

If you have one PlayStation 4 buy this title and if you don't have it then buy it! This video game will soon be considered a milestone in the world of video games. A fresh start not only for God Of War but also strong developer input. Never change a winning team? Ask Santa Monica Studios how to change and win big!

add a comment of God Of War Review: An Epic Video Game