God of War Ragnarok really seems to be the chapter that will lead us to the end of the Norse saga with the furious protagonist Kratos, according to the statements made by Cory Barlog, the director of the previous chapter. The reasons are explained in a video

Needless to say, how great was the result that the developers of Santa Monica have received with the first new chapter that would have "re-edited" the saga of God of War; after all, it is already observable through the numerous awards and recognitions it has obtained in recent years. But it seems that, putting Ragnarok as the finale of the God of War series, the mind behind the renewed events of the protagonist Kratos, Cory Barlog, has no intentions that aim to exploit this wave of successes, which would then lead him to having to extend the series further.

A small but big goodbye

The second chapter, due out on PS5 in 2022, will also be the final one regarding Nordic mythology and the same character who has led the entire saga with his indomitable anger for all these years. So much so that after the same PlayStation Showcase, among the declarations by the members of the development house, we learn of a change of director regarding the new chapter, with Eric Williams who takes the reins of the project.

Cory Barlog and Eric Williams - God of War Ragnarok: the end of the Norse saga

In the interview on the YouTube channel of Kaptain Kuba, creator of content purely concerning PlayStation games and who has produced numerous in-depth videos on the God of War theme, we can witness a quiet confrontation between Cory Barlog himself and what we have claimed to be the current director of God of War Ragnarok, Eric Williams, where they converse about the conclusion of the series. Barlog says that the reasons why he wanted to end the Norse saga with God of War Ragnarok are various, but among them there are issues of temporal longevity, as well as narrative. The first game took five years, and the same time frame is likely to be needed for the second. A third chapter would lead us to think that to tell the whole story it would take fifteen years, and according to Cory Barlog it would be too long a period.


Regarding the narrative aspect, the former director argues that, even if there was the margin to add a third story that continues the relationship of Kratos and Atreus, that is the true focus of the entire work, we would nevertheless have to ask ourselves if this does not it would lead to creating something excessively stretched and diluted, which then ends up getting lost and confused over time, resulting in a gradual disintegration of the plot. He also exemplifies the concept through a comparison with the Lord of the Rings: being able to see the whole story in 13 and a half hours was fantastic for him, and he wishes he could do that with just two episodes of God of War. Furthermore, Barlog's career will not end here: he admits that he is working on several other projects within the studio. Here is the interview in question:

Eric Williams and his relationship with God of War Ragnarok

Turning his gaze instead to Eric Williams, one of the historical members of the Santa Monica studio, and the one who inherited the task of ending the Norse saga through God of War Ragnarok, there are some interesting statements made by him on Game Informer. He claims he wanted to focus on family relationship between the two protagonists, and to want to create something that shows the growth of Atreus, through new characters that are close to his age.

It must be remembered that it was largely thanks to Williams that the series took a totally new direction in setting, mechanics and history. He wants to face and fully explore them conflicting perspectives that Atreus possesses, destined to coexist with reality through a violent and angry disposition, and a disposition of cohabitation and understanding. 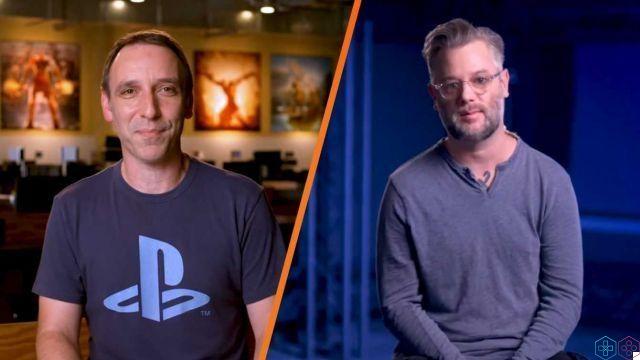 We are ready for the grand finale!

In conclusion, God of War Ragnarok will certainly be the end of the Norse saga, but this is the result of a natural process and desired by the creators themselves, who feel they want to put a satisfactory closing point on a work that will have told. all that was needed tell. If, on the other hand, you want to look for games at a discounted price, you can go and browse through the catalog of the Instant Gaming site. Finally, we invite you to follow us on techigames to have access to other news on video games.

The games with the best graphics of 2020 ❯

E3 2021: all the announcements of the Ubisoft Forward

add a comment of God of War Ragnarok: it will be the end for the Norse saga of Kratos