In this new review we will tell you about Ghostrunner, the adrenaline-pumping first-person cyberpunk action developed by One More Level

Now video games they are spreading more and more and many new titles try to cater to novice players by offering not too demanding challenges. If a game is suitable for everyone for sure it will sell more but this does not seem to interest the developers of at all Ghost runner, as they went in a totally opposite direction. The new title of One More Level in fact it is really tough and surely playing it you will see very often the game over screen.

A very high challenge can certainly attract a certain slice of gamers, but obviously it must also be supported by a valid playing structure. Luckily thanks to ours review you will be able to understand if behind Ghostrunner's difficulty there is something more or not.

Let's start our review with an introduction to the setting by Ghostrunner. The game is set in a post apocalyptic future where the land has become uninhabitable following some bombing, thus forcing all surviving humans to seek refuge within a huge tower called the Dharma Tower. The creator of the Dharma Tower ruled the facility for a long time, but one day a woman named Mara organized a coup d'état and killed him, taking his place.

Under the regime of Mara the people lived in oppression and for this reason, after twenty years of suffering, a group called "ClimbersHe tried to fight back. The rebels have few ill-equipped members but fortunately they managed to find and repair a Ghostrunner, that is, one of the old half man, half machine guards of the Dharma Tower.


The story is really interesting and has the great merit of being able to engage the player without interrupting the rhythm of the game with long cutscenes. Also this particular post apocalyptic cyberpunk setting is very original and pushes players to take an interest in what goes back to before the game starts as well.

Now let's move on to the most important element of the title: the fight. The Ghostrunner is a cybernetic warrior armed with katana, capable of easily eliminating even the most powerful soldiers. Thanks to its agility it is capable of move very fast, run on walls and use a grappling hook, while his skill with the sword allows him to slice enemies in one fell swoop and even deflect bullets. Also, given its robotic nature, the Ghostrunner is capable of harnessing its advanced perception for slow down time and dodge bullets in mid-air, as well as hacking devices and unleashing devastating special abilities.

Despite all these superhuman powers, however, you will be far from safe, given that a single bullet will be enough to send you to the other world. Moreover, at the beginning of the game you will be veterans of twenty years of inactivity and consequently you will not have access to all of your skills immediately.

Given the ease with which it is possible to die, the game is really very difficult, but fortunately it is never frustrating. The fights with the enemies are extremely precise and technical, therefore you will almost never die for unjust reasons or out of your control. Plus, thanks to gods very frequent checkpoints ea gods almost instant loading times, you can immediately return to battle after a defeat. Retry the same fight over and over again until you get it right it is part of the game design and is able to really offer a lot of satisfaction.


While the fights against groups of enemies are always fun and well done, on the other hand the bossfights are rather subdued. Bosses stray far from the frantic motion-based battles that characterize Ghostrunner, forcing the player to overtake more static challenges that revolve around performing actions with the right timing. 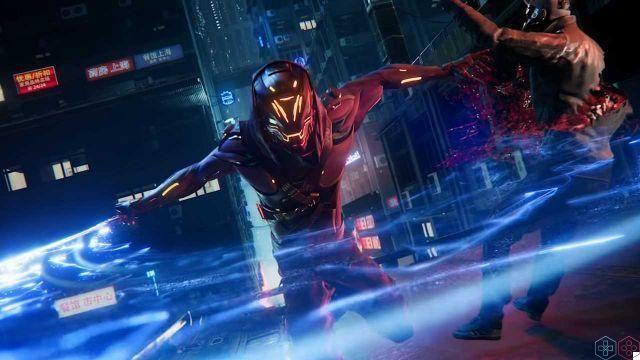 Ghostrunner focuses heavily on combat, but between battles there are numerous moments of platforming. Initially these sections represent little more than an excuse to move from one point to another, but as you progress they become more and more complex and adrenaline-pumping. Like the fights also the parkour courses they will require excellent reflexes and a lot of concentration, but unfortunately unlike the former they suffer from some problems. In fact, collisions are not perfect at all and will often make you suddenly lose your grip and plummet towards certain death. creating a lot of frustration.

In addition to the platform paths, in some levels there are also some puzzle sections set within the tower network, called Cybervuoto. These puzzles aren't bad at all and allow you to unlock lots of new skills and passive bonuses to equip, but unfortunately they break the rhythm of the game a lot. After spending a lot of time jumping from side to side while eviscerating enemies, stopping to solve slow puzzles is really good very anticlimatic. 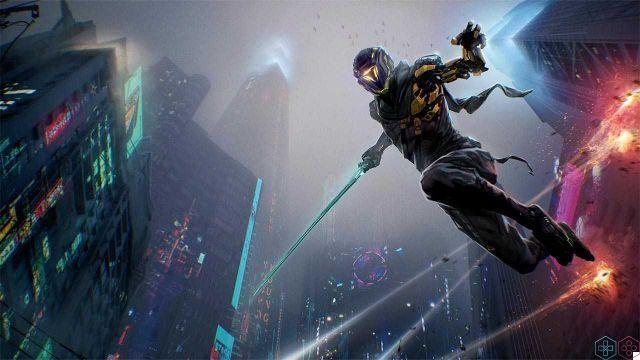 This title offers a total of 17 levels different, whose duration varies significantly according to the player's ability. This might make the game extremely short for some people, but luckily Ghostrunner offers one really high replay value. At the end of each level you can check the number of deaths, the time taken and you will also see a small ranking. In this way the most competitive players will always be stimulated to replay the levels in an attempt to achieve perfection.

To get a good time without dying it is necessary try several different approaches and the possibilities that you will have at your disposal will further increase by replaying the old levels after you finish the game, since you will be able to use all the most advanced skills immediately. Furthermore, the replayability is not only aimed at those looking for the challenge since, given the presence of numerous collectibles, even the completists will be led to replay Ghostrunner by exploring every corner of the Dharma Tower. 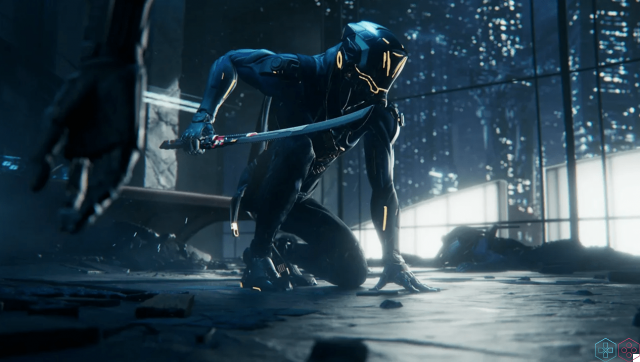 As we have already anticipated previously in our review, Ghostrunner is a title with really good performance. Throughout our test the game has always maintained a very stable frame rate, also accompanied by very fast uploads. Furthermore, despite the technical quality, there have not been many sacrifices with regard to the graphics sector, given that the title is very nice to see in every aspect.

Also with regard to the artistic side very good work has been done. The design of the enemies is great (especially for the bosses) and it looks seamlessly integrated with the entire game world. Also thanks to the unique style of billboards, neon signs and other scenery elements it's easy to dive into Ghostrunner's dystopian cyberpunk universe. In addition, the immersion increases a lot thanks to the exceptional colonna sonora present for the entire duration of the game. 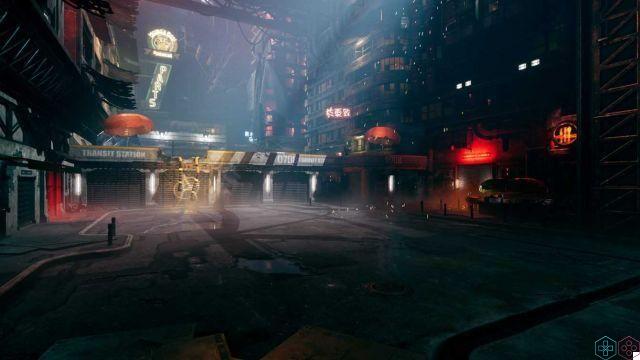 As can be seen from what is written in our review, Ghostrunner is a very difficult title. The proposed challenges can challenge even the best players but, once you have overcome them, you will surely feel a great satisfaction. Despite the difficulty the game it does not present many injustices and, thanks to its excellent technical performance, defeat is never frustrating.

The biggest flaws in the title are represented by some annoying inaccuracies in collisions and bossfight a little subdued. Of course this is not a game for everyone, but if maybe you are intrigued by its suggestive settings and you are not too scared by the challenge then we suggest you give it a chance.

Ghostrunner and available now for PC, PS4 and Xbox One. If you are interested in staying up to date with all the news on the world of video games and much more, then keep following us here on techigames.

add a comment of Ghostrunner Review: Accurate and Lethal