Ghost of Tsushima: Director's Cut PS5 review, much more than a port

Jin Sakai returns to PlayStation 5 with a few additions but lots of improvements. Ghost of Tsushima: Director's Cut is now available for PS5, and we want to tell you about it in our review

The title of Sucker Punch is back in great shape PlayStation 5, to bring us back to feudal Japan invaded by the Mongols. If in our first review we had decided to reward the game for gameplay and the artistic sector, in this second round we will focus above all on the technical sector and on the additions of this new edition. Without further ado let's dive in to discover Ghost of Tsushima: Director’s Cut per PS5 in our review!

The eye wants its (big) part

From the very first minutes pad in hand you realize some of the improvements made by Sucker Punch in this Director's Cut. In addition to a drastic one reduction of loads (thanks to the PS5 SSD), we get hit with a really impressive graphic upgrade. Don't get us wrong, Ghost of Tsushima looked great on PS4 already, but in this stable 4K 60fps version, the difference is really noticeable. Thanks to greater attention to detail and a decidedly more accurate color correction, on PlayStation 5 it results everything clearer, cleaner and tidier. The marble 60fps are the icing on the cake, making the flow of the game much more enjoyable (especially during the fights).

Accessibility - Ghost of Tsushima: Director's Cut review for PS5, much more than a port

The graphics sector is not the only one to have received a major improvement. In addition to the above, we were very impressed with the work done in the implementation of the DualSense functionalities in the game. Despite the most heartfelt implementation is the one dedicated to the blade, which is accompanied in the extraction and use by the vibration and audio of the controller, the development team has made a great job with the feedback too of the grappling hook and of the ride.


In addition to this, in the game menu we find an excellent job of cleaning and enriching the sections. Among the new options stand out the possibility of not showing a bow and quiver on Jin's back, and an inverted command customization scheme to facilitate left-handed players. Also, in this Director's Cut of Ghost of Tsushima, the (much coveted by fans) has been added lock on function of the camera. It is clear that with this function, not present in the "classic" version of the game, an attempt has been made to patch up a camera that is not without flaws (especially in the most excited combat sessions). Although the result is not the most successful, we would like to praise the community of the American software house.

Iki Island - Ghost of Tsushima: Director's Cut review for PS5, much more than a port

This Ghost of Tsushima Director's Cut, as you may have guessed, consists of a series of improvements to bring the game to PS5 in a better version. The only content more than the PS4 version is the DLC "Isola di Iki". Arriving at Act II of the main narrative arc, in fact, a new item will appear in the pause menu that will allow us to follow the mission to get to the island in question. Here Jin will find himself dealing with the most traumatic event in his history: the death of the father. The Island of Iki is in fact the place where our protagonist lost his father, an event that has tormented him for years and that will be the basis of the arc of this DLC.

Here we will find ourselves facing a new villain (always connected to the Mongolian army) called the Eagle and his henchmen, the shamans, a new class of enemies to face. In terms of content, we are quite satisfied with this DLC: in addition to adding the new island, ten hours to the experience and several challenges / minigames, the narrative connects well to the main story and is not forced at all. Even the exploration of the island is pleasant and not at all tedious, thanks to the masterful artistic direction of the team. 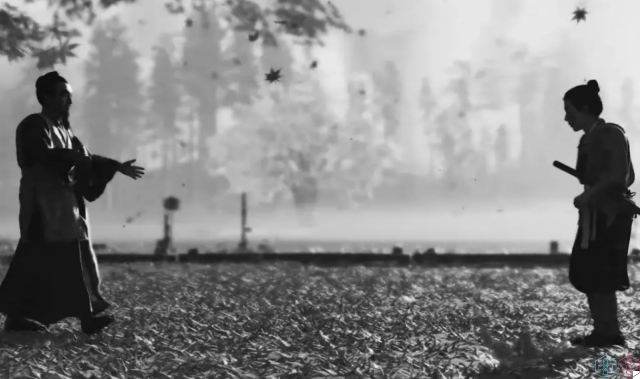 At the end of our review of Ghost of Tsushima: Director's Cut for PS5, we find ourselves taking stock of many additions to an already extremely good game. If in the review of the PS4 version we had defined Ghost of Tsushima as an excellent title, able to entertain despite a few too many flaws, in this Director's Cut for PS5 we feel like giving him a little more. The graphic "washing" work, the introduction of the lock on of the room and the reworking of the main menu, further improve an already perfectly enjoyable game. In addition to this, the introduction of the DLC offers additional hours of gameplay, a new game environment and many more challenges. Really good work.

If we previously recommended Ghost of Tsushima, this version for PS5 you absolutely must not let it escape. You will not regret it! Ghost of Tsushima: Director's Cut is available on PlayStation Store and in physical format from 20 July 2021. Before saying goodbye, we remind you to stay tuned to techigames for more news from the gaming world and beyond. Also, don't forget to check out the Instant Gaming catalog for always discounted games. Bye!

9 Much better, but still not perfect.

add a comment of Ghost of Tsushima: Director's Cut PS5 review, much more than a port