Games NOT to buy as Christmas (or other holiday) gifts

Today we ask ourselves what are the ugly and useless board games, NOT to be given as gifts. So here are 10 features of the games NOT to buy

Christmas is approaching and surely you have sons, daughters, brothers, sisters, cousins, cousins, nieces or nephews to whom you do not know what to give. You go to the local supermarket and browse the games department, where you will find the classic Cluedo, Memory, Monopoly - original or thematic -, which however you find trivial. Therefore, move your gaze to OTHER board or board games that, upon a quick reading of the package, suggest ages like 3+, 5+ or 7+: therefore, think that they may be suitable for the little relative. The box is colorful, the game looks fun ... But let's focus on some aspects that will push us to open the wallet for the purchase of OTHER games or toys. Because checking the age is not enough to find the right purchase. The games not to buy are always around the corner.

The recommended age indicates whether the game is understandable to the person: not whether it is suitable. There are many other aspects that we should consider. For video games, for example, the PEGI (Pan European Game Information) system was invented, which indicates the presence of violence, sexual references, drugs… In short, GTA V is very understandable to an 8-year-old child, but it is certainly not suitable.

Regarding table games, the PEGI does not apply: there is only a notice of the presence of small parts and an indication of the recommended age, in addition to the number of players. But of course there are many other variables, which we will see in the next paragraph.


Ten game features not to buy


Not that all games must always educate, but… instead, why not? You can educate through play also by teaching you to respect shifts, not to cheat, to use language, to maintain attention: through games you can educate while having fun!


Growth also passes through play: the glance, mathematics, logic, strategy can be applied in playful situations. Some of the products offered train absolutely nothing: these are undoubtedly games NOT to be purchased. 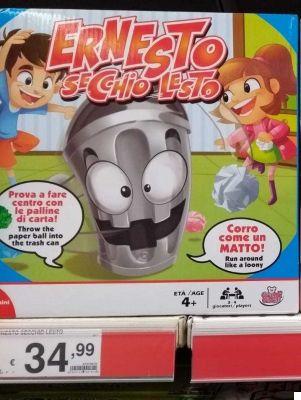 We too were boys or girls, and we too had that beautiful, colorful game that we stopped using after two weeks. Why? Well, some of them are ultimately boring and repetitive, not stimulating at all. And then abandoned, set aside, to gather dust, in short: money wasted. Why not give something that will be used a lot instead? 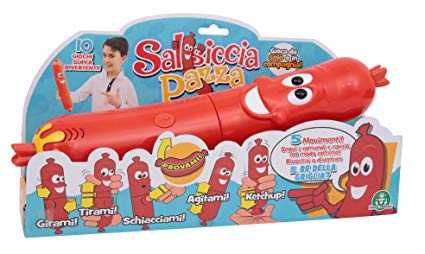 Does it really make sense to buy games for boys and girls that have poop as a theme (see image above) or with implicit sexual references? I mean, guys, seriously? 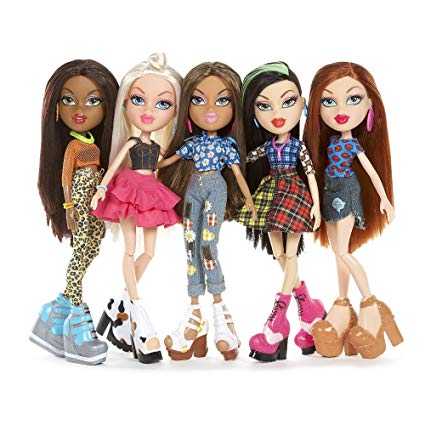 Some games skip the childhood phase because they invite you to behave like an adult. Barbie does it a little, but in recent years it has proposed more varied models than the origin, also linked to "male" professions ... But I feel worse if I think back to the boom of the Bratz: if at least the Barbie has a beauty simple, natural, the Bratz invite you to put on make-up, to go shopping, to be excessively curvy: it is clear that the Bratz represents (go) no a model of beauty that few parents aspire to for their daughters. Thankfully they weren't that successful. 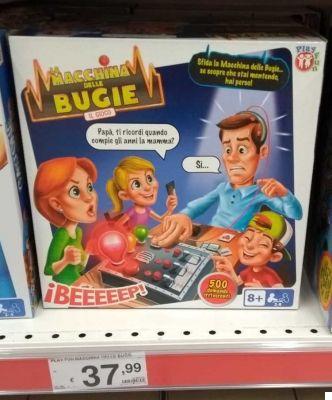 Speaking of adults, what kind of people do we want to grow up? This is the case of The lie machine, which right from the box shows a humorous 80s cliché: the father who does not remember his mother's birthday (who knows the other questions). This game might be suitable for grown-ups who want to make fun of themselves, but a little boy or girl will automatically absorb that it's funny that an adult doesn't remember important aspects of their spouse's life. 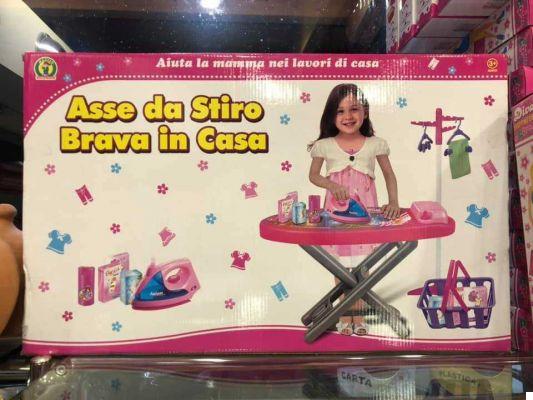 This is the case with toys that invite boys and girls to certain gender roles, which are clearly games not to be bought. The male must train to repair cars, the female to clean and look after the children, "just like the mother". As if the males were physically unable to iron and the females to hammer. The case of Toys R Us is known, which in the Swedish catalog also included boys and girls who shoot toy guns, iron, wash, build or use toy cars. The same pictures in the Spanish catalog see children cut out of pictures with home toys and girls cut out of pictures with construction or wrestling toys. 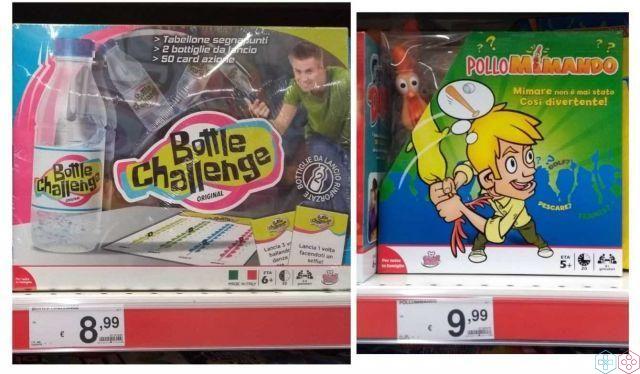 What's in the box? Bottle Challenge contains ... A bottle and other trinkets, which refer to a spontaneous game recently in vogue among kids ... Which can then be replicated for free. Pollomindo contains ... A rubber chicken, and is used for the mime game. Mah. Both produced by Grandi Giochi.

Some games can be used on their own and indefinitely; others, to renew the type of games, require the constant purchase of cards or other elements. Are we sure we want to force the parents of the gift recipient to have to spend more money? This addiction is one of the reasons why Magic The Gathering it is recommended for 13+ years: first a boy or girl has little conception of the value of money.

10. Costs - Last (but not least) parameter of the games not to buy

From the pictures, have you seen the costs of the games shown? In relation to the previous points, is it really worth spending so much money on sexist, malignant games that will be used little? Is the money required in relation to the physical and educational content acceptable? Or maybe we should aim for something else?

Board games, here are the best apps to play from smartphones ❯