Frosthaven and day one on Kickstarter

We are facing the most successful game of 2020: we discover details and curiosities of the Frosthaven Kickstarter campaign

After the first day of the campaign, Frosthaven confirmed the predictions and went further, much further. Let's see how much

Does the Frosthaven Kickstarter thrive on reflected glory?

Taking up the baton in Gloomhaven is no small feat: the mammoth orange box represents for many fans the pinnacle of country games. In dozens and dozens of hours, monsters face off with an original and ingenious combat system, in short, but you can hear some creaking on the material side. By popular acclaim, Gloomhaven holds the throne firmly at the top of BoardGameGeek's plenary rankings, as "Best Game Ever".

It is therefore natural that with these premises, the sequel was at least a success. However, it is necessary to understand the proportions of this success, since when expectations are so high, an average hit equates to a flop.

What does Frosthaven add to the Kickstarter campaign?

Of course this is not a simple reinterpretation of the setting: Frosthaven is a standalone game, which takes up and extends the mechanics of the original Gloomhaven. Among the novelties there are new characters and the possibility to also advance the village to which you return between adventures; you have to make sure it doesn't fall under the relentless onslaught of ice creatures. In short, if the concern was that it was a heated soup to eat over the glory of its predecessor, we can exclude this possibility: the game is fresh (indeed, icy) with news and improvements. The material side also seems to be making progress, but it is naturally too early to make definitive judgments. 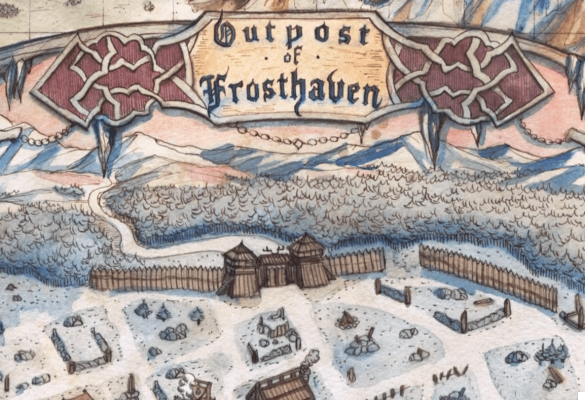 The first day of Frosthaven: stats and Kickstarer records

For those of you, like myself, who love to compare the successes and trends of the campaigns, the dish is rich. We can say, after about 36 hours from launch, that Frosthaven:


A flaw in the Kickstarter system: also for Frosthaven?

Naturally, after having outlined all these figures, there would be no need for anything else to understand that we are facing a colossal success, even compared to initial expectations, to say it are the numbers. Both comparative and absolute numbers. However, there is a number that lies on Kickstarter, always or almost always, that is the percentage of funding. It is a widespread practice among publishers who use crowdfunding, establish a minimum threshold for project funding that is lower or much lower than the real need. This mechanism, more or less obvious, has been put to the saloon by Monolith (with a post shared also by Tabula Games, a very successful local company). 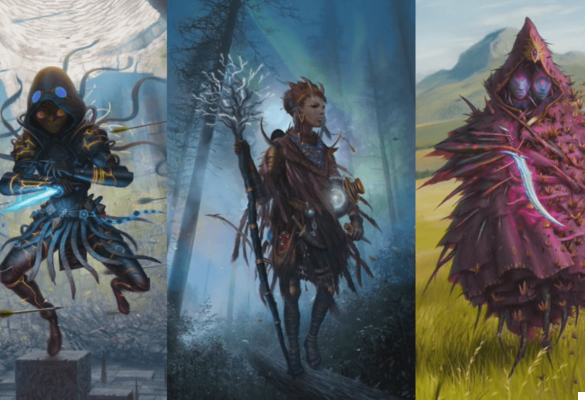 Sin is said, not the sinner

And in this case, the sin would be to ask for a very low minimum threshold for financing, in such a way as to obtain abnormal success rates: "600% funded" "1000% funded" and the like are just marketing to try to convince as many lenders as possible. Consequently, the enthusiastic posts from publishers thanking us for "this unexpected and incredible success" are a bit painful frankly. But be careful, because then you get serious and it's about reaching the hidden objective, which can realistically be double or triple the required threshold; if this does not happen, and it can happen, the publisher is forced to cancel the project with reasons such as "we have to review the game" or the wonderful "all this success has made us realize that we want to bring you a better game", and so on .

Do we also say sinners?

Well why not, basically it can be useful to get an idea of ​​the landscape of Kickstarter publishers. Some are famous names, such as Awaken Realms and Ludus Magnus Studio (also this great Spanish successful company), while it seems that CMON, with all the flaws compared to the two already mentioned, is more honest on this juncture, and keeps on figures more reasonable bases (about half a million of funds requested on average).

What are the consequences?

The consequences in case of success are not there, or they are positive. In case of failure, however, it may happen that the famous stretch goals are not achieved. They would be bonuses, so to speak, that should celebrate the success of financing: having gone well beyond the sum requested, the creator on Kickstarter guarantees us more than what he had proposed at the outset.

In the table games sector, this practice has broken down; often, to go hand in hand with the modus operandi we have explained, a company ends up offering parts of the game that are actually integrated as stretch goals. Therefore they are not so superfluous and actually significantly improve the gaming experience. Where the funding does not reach the secretly hoped for peaks, these false stretch goals are not achieved and the game suffers; except for announcements (also made for campaigns by large companies such as Awaken Realms and CMON) in which the publisher "gives us" the stretch goals not unlocked ... In other words, he gives us parts of a game we had already paid for, really generous.

Does it also concern Frosthaven?

Frankly, it seems to me that the success of the Frosthaven Kickstarter is such that this eventuality can be defined as rather remote. Moreover, the threshold sum requested for the loan is already quite high, being set at half a million dollars. In conclusion, it seems that Frosthaven has the premises and the start to be the most successful Kickstarter campaign of 2020 (even more than Ankh); who knows, maybe even absolutely. Do you want to be part of it? You can find the Frosthaven Kickstarter page here.

add a comment of Frosthaven and day one on Kickstarter