Free games: here are the titles of April 2021 for each platform 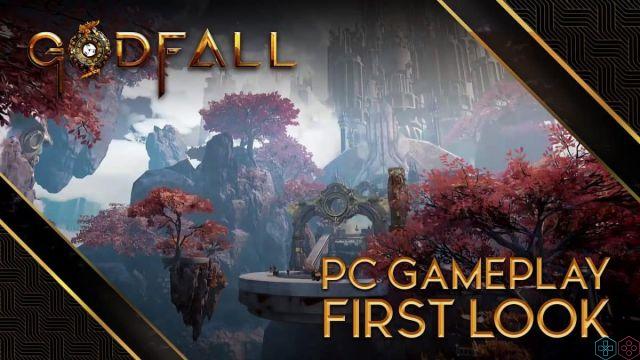 With all these free video games however there is always a risk of not being able to redeem someone in time. For this reason we have decided to write this article, in which we will tell you about the many free games offered in April by the various monthly subscription services and more.

Ready at any time

Many of the games we will talk about in this article will be free throughout April, but others will only during a certain period. For this reason, we recommend that you redeem the titles that interest you as soon as possible, so as to avoid unpleasant situations.

PlayStation Plus - The free games of April 2021

As always, we start our list with the PlayStation Plus, the subscription service of Sony. As you know by now, the PlayStation Plus offers many advantages, such as the ability to play online on PS4 / PS5 and to load saves in the cloud, but it also allows you to redeem three free titles per month. Here are the free games available in April with the service:

Also this month Sony's offer does not disappoint at all, offering to fans 3 very good titles. If you have a PS4 then you can choose whether to face hordes of the undead in the fun FPS Zombie Army 4: Dead War or experience the compelling story of Deacon St. John in Days Gone, one of the most underrated PS4 exclusives. If, on the other hand, you are one of the lucky owners of a PS5 then you can get your hands on Oddworld: Soulstorm, the last chapter of the very strange saga Oddworld Inhabitants.

Also remember that, without having any type of subscription, this month you can also redeem many other free games thanks to the initiative Play at Home. The following titles are currently available: Abzu, Subnautica, Enter The Gungeon, Rez Infinite, The Witness, Astro Bot Rescue Mission, Moss, Thumper e Paper Beast. Above all, starting from April 20 you can even get your hands on the Complete Edition of Horizon Zero Dawn! In short, this month Sony has just decided to expand the backlog of many players.

Now it's up toXbox Live Gold, the counterpart Microsoft of the PlayStation Plus. The games we will talk about are part of the program Games with Gold and are updated on a monthly basis. Be careful though, because some of these titles will be available only for some platforms and during specific periods. Here is the list of Games with Gold flanked by the platform and the period in which they will be available:


Gold again this month it doesn't seem to affect the players very much. Among the titles on the list the ones that stand out most are certainly Dark Void, a frantic third person shooter, Truck Racing Championship, a racing game where you have to drive huge guys truck race. But if you are an old school gamer then you will appreciate it too Hard Corps Uprising, a frantic Run n’ Gun belonging to the series Contra, Vikings Wolves of Midgard, for an GDR action set in the world of Norse mythology.

We still stay at Microsoft to talk aboutXbox Game Pass. At the moment the stock of titles of the service is very large and, on a monthly basis, is enriched with new games. Usually several quality titles arrive every month and also this time the company was not far behind. Here is the list of new free games added to the service in April alongside the platform and the period in which they will be available:

Of all the titles available this month, the one that stands out most certainly is GTA 5. Despite being years since its release, the title of Rockstar Games still continues to have an extraordinary success and certainly many gamers will be thrilled to have it on the Game Pass. Plus, if you are a lover of sports games, for sure you will be very happy for adding NHL 21 e MLB The Show 21, two excellent exponents of the genre.

Let's now move on to cloud gaming with the PlayStation Now, the streaming gaming service created by Sony. At the moment the PlayStation Now boasts a very large stock portfolio and every month is always enriched with so much new. Also, most of the games available for PS4 they can also be downloaded, thus offering the possibility to play them even to those who do not have an excellent connection. Here is the list of free games added to the service in April:

Now usually offers a lot of quality titles every month, but in April it has really outdone itself. This time in fact players can have fun with Marvel's Avengers, an action adventure with a strong online component set in the Marvel universe, or Borderlands 3, One of the best looter shooter on the square. Plus many gamers will for sure appreciate it too The Long Dark, a great survival set in the snow-capped mountains.

Let's talk now about Stadia, the Google streaming gaming platform. Although a subscription is not required to use Stadia, with the pro subscription you will have additional benefits, including many new titles every month. The new free games available in April are:

This time, too, Google's offer is more than valid. Obviously the most important title on the list is Resident Evil 7, an exceptional survival horror in the first person branded Capcom, but the other games are not bad at all. For example if you love action JRPG for sure you will appreciate Ys VIII: Lacrimosa of Dana, while if you prefer i platform we suggest you give the game a chance SpongeBob. Also, if you know how to appreciate puzzle games as well lead to the absurd, we advise you to try Pikuniku.

Now let's see what titles are offered to us this month by the service Humble Choice by Humble Bundle. Subscribers to this service have the option to redeem every month, depending on the type of subscription, 3 or 9 games. In addition, as usual you will also have access to a huge one collection of DRM-free titles that you can download and play forever. Here are the free games available in April:

Even among the April choices there are many interesting titles, but the ones we recommend the most are F1 2020, Shenmue III, Remothered: Broken Porcelain e Popup Dungeon. Also, if you appreciate gods particularly immersive titles, we suggest you take a look at the two Images (although they should be played on smartphones for the best experience).

Finally, we conclude our article as usual with the titles of Twitch Prime, Amazon's subscription service. Usually the platform always offers a lot of free games and even in April we were not disappointed with the quantity. here are the Giochi 6 available for free with this month's subscription:

Also this month Twitch offers its subscribers gods not bad titles. If you love to play in multiplayer with friends for sure you will appreciate it very much Move or Die e Moving Out, but there are also titles suitable for those who prefer to play singleplayer. Eg The Escapist is a fun pixel art title in which you will have to try to escape from prison, whereas The Dark Crystal: Age of Resistance Tactics is one turn-based strategy set in the universe of the cult series of the same name.

Thanks to this article you now know where to easily find most of the free games available in April. Our guide ends here, but if you're interested in really getting all the free games of the month, don't forget check out the Epic Games Store every Thursday. Fortunately, you can stay up to date on all the titles offered by this store thanks to the many dedicated articles on our site.

If you are interested in staying up to date with all the news on the world of video games and much more, then keep following us here on techigames. Furthermore, in case you want to buy some of these games at an advantageous price, we suggest you take a look at the many offers on Instant Gaming.

Free games: here are the titles of February 2021 for each platform ❯

add a comment of Free games: here are the titles of April 2021 for each platform