Free games: here are the August 2021 titles for each platform 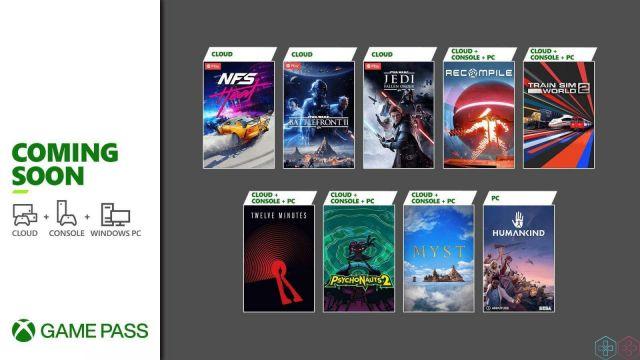 With all these free video games however there is always a risk of not being able to redeem someone in time. For this reason we have decided to write this article, in which we will tell you about the many free games offered in August by the various monthly subscription services and more.

Many of the games we will talk about in this article will be free throughout August, but others will only during a certain period. For this reason, we recommend that you redeem the titles that interest you as soon as possible, so as to avoid unpleasant situations.

PlayStation Plus - Free games for August 2021

As always, we start our list with the PlayStation Plus, the subscription service of Sony. As you know by now, the PlayStation Plus offers many advantages, such as the ability to play online on PS4 / PS5 and to load saves in the cloud, but it also allows you to redeem three free titles per month. Here are the free games available in August with the service:

This month some players may find the games offered by the service a little underwhelming, but in any case there are some potentially interesting titles on the list. Eg Hunter’s Arena Legends it's a new one battle royale just published and could be a lot of fun for lovers of the genre. Furthermore, Plants vs. Zombies and Tennis World Tour 2 are not bad at all and lend themselves perfectly to some quick games in single or multiplayer.

Now it's up toXbox Live Gold, the counterpart Microsoft of the PlayStation Plus. The games we will talk about are part of the program Games with Gold and are updated on a monthly basis. Be careful though, because some of these titles will be available only for some platforms and during specific periods. Here is the list of Games with Gold flanked by the platform and the period in which they will be available:

Surprisingly in August, Microsoft offers its subscribers gods really good titles that suit all tastes. For example, action game lovers will surely appreciate it Darksiders 3, while those who prefer platformers can have fun with Yooka-Laylee. We also suggest you take a look at Lost Planet 3, a fun TPS full of monsters to face and mecha to pilot.

We still stay at Microsoft to talk aboutXbox Game Pass. At the moment the stock of titles of the service is very large and, on a monthly basis, is enriched with new games. Usually several quality titles arrive every month and also this time the company was not far behind. Here is the list of new free games added to the service in August alongside the platform and the period in which they will be available:

Also this month the Xbox Game Pass offers a really interesting stock of titles. In the list there are many very good games like Curse of the Dead Gods, Katamari Damacy Reroll e art of rally, but of course what stands out most is Hades, Supergiant Games' exceptional roguelike.

Let's now move on to cloud gaming with the PlayStation Now, the streaming gaming service created by Sony. At the moment the PlayStation Now boasts a very large stock portfolio and every month it is always enriched with many new features. Also, most of the games available for PS4 they can also be downloaded, thus offering the possibility to play them even to those who do not have an excellent connection. Here is the list of free games added to the service in August:

This time the PlayStation Now will offer its subscribers 3 truly exceptional titles. Never Automata is a branded action game Platinum Games which deals with several very particular themes. Also Ghost runner it is a great action game, but it is distinguished by a much more frenetic pace and a more technical gameplay than that of the game of Yoko Taro. Undertale instead it is the eccentric and very famous RPG of Toby Fox and, in case you've never had the opportunity to try it, we strongly suggest you play it.

Let's talk now about Stadia, the Google streaming gaming platform. Although a subscription is not required to use Stadia, with the pro subscription you will have additional benefits, including many new titles every month. The new free games available in August are:

This time the Google service offers its subscribers some really good titles. Valkyria Chronicles 4 is a great one strategic with elements from FPS, while Killer Queen Black is a lot of fun multiplayer platformer. The game that stands out the most though certainly is Grime, the brand new Metroidvania developed by Clover Bite and published by Akupara Games.

Now let's see what titles are offered to us this month by the service Humble Choice by Humble Bundle. Subscribers to this service have the option to redeem every month, depending on the type of subscription, 3 or 9 games. In addition, as usual you will also have access to a huge one collection of DRM-free titles that you can download and play forever. Here are the free games available in August:

In August you can choose between a large number of very interesting titles. If you want some advice, we suggest you take it into consideration Superliminal, Blue Fire and obviously, Bloodstained: Ritual of the Night. Also if you are a lover of the card games we suggest you take a look at Nowhere prophet, a great hybrid between deckbuilder and roguelite.

Finally, we conclude our article as usual with the titles of Twitch Prime, Amazon's subscription service. Usually the platform always offers a lot of free games and even in August we were not disappointed with the quantity. Here are the Giochi 8 available for free with this month's subscription:

Sadly, Amazon didn't offer many quality titles this time around, but there are still some interesting games in the pile. For example if you love the old graphic adventures of LucasArts you will surely appreciate Indiana Jones and the Fate of Atlantis. Plus you can also redeem Battlefield V, but to do that you will have to first create and link an Origin account to Twitch.

Thanks to this article you now know where to easily find most of the free games available in August. Our guide ends here, but if you're interested in really getting all the free games of the month, don't forget check out the Epic Games Store every Thursday. Fortunately, you can stay up to date on all the titles offered by this store thanks to the many dedicated articles on our site.

If you are interested in staying up to date with all the news on the world of video games and much more, then keep following us here on techigames. Furthermore, in case you want to buy some of these games at an advantageous price, we suggest you take a look at the many offers on Instant Gaming.

Free games: here are the titles of April 2021 for each platform ❯

add a comment of Free games: here are the August 2021 titles for each platform