The new Fire Emblem Warriors will be available for Switch on October 20th. A spin-off that will surely divide the opinion of fans into two distinct parts: hate or love. What will win?

If you have followed our preview, you will have noticed the positive note that is the basis of our opinion on Fire Embelm Warriors. That enthusiasm continues throughout the review, but not without negative counter-notes that split the game in two.

The first impact: the story mode and the epic mode

The first impact with this spin off of the saga of Fire Emblem not bad. There story mode starts our experience in the best way. The graphics of the movies are great, the sound is great and the voiceovers are beautiful.

Il gameplay refers to the style of mosou, we will find ourselves in a large map where we will have to defeat thousands of enemies and some bosses. Each story mode stage will have its own obiettivo, "conquer all the principals","defeat" etc. Many times the objectives can change in the course of work, as will the causes of defeat. So beware of your allies! 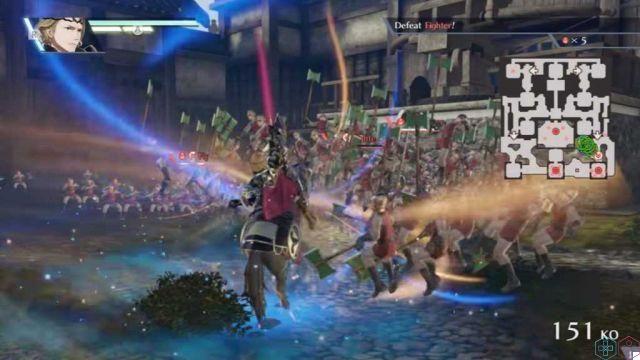 The story mode provides three different difficulties, indicated by one, two or three stars, to which the Insane mode once you have completed the story for the first time. In addition, you can choose whether to play in beginner mode o classic. In the main mode it will be possible to recall the allies who fell in battle. In the classic one, once dead, they cannot be reused unless you pay well 300k, too many to recall more than one ally.

Another modality, almost more captivating than the story but perhaps monotonous, is the Epic mode. In this mode we would have the opportunity to relive some stories of the old Fire Emblems but in mosou style. Probably this mode is much more strategic than the story mode, but if you go through it completely once you have completed the story it can prove to be all too simple.

Fire Emblem Warriors offers a wide choice of heroes. Not only the prince and princess protagonist, who will have to save their kingdom. We will meet and be able to use many heroes from other worlds who will find themselves thrown into this story without even knowing how. The negative point is that we will never know, or rather we will not accept it.

History, in fact, offers us the entrance of these heroes in a very confusing and almost illogical way. This is very frustrating as there is no real reason why the heroes are joining us. The story therefore seems to be thrown down like this, only to give fans the possibility of being able to play as many heroes as possible without giving weight to the storyline. If it weren't for the ending, predictable but still interesting, we could have said that the work done on this aspect could only be completely revised. 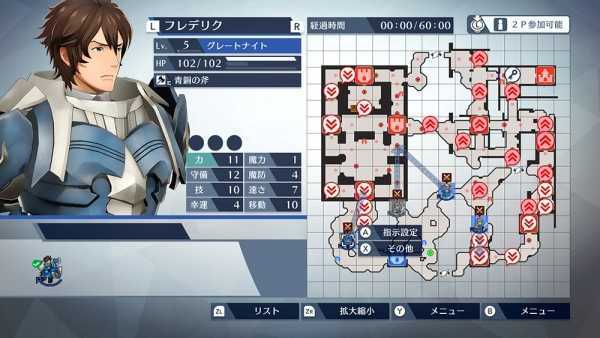 Gameplay and everything in between

Il gameplay it is well managed. The style mosou it goes perfectly with the game mode. Knocks, blows and more blows. Each hero will have the ability to be managed via the map. We could use well 8 heroes for each chapter, 4 playable e 4 support. Each can be ordered to move to a location on the map to defend a unit or achieve an objective. It will likely be possible to enjoy the strategic side of the game by playing on high difficulty. Each hero will have his own warrior bar which recharges easily and with the A button allows you to unleash a very strong attack. At the same time, it is possible to load another bar during the battle which, using the R button, will make the hero unleash all his strength. Depending on the hero this action will change, for example there are those who will turn into a dragon or those who will dramatically increase their attack. The bar, when used, will decrease until when it expires (automatically) our character will use a super move that will defeat every enemy.


At the end of each chapter of this we will get some objects from slain enemies. Not only weaponry, other items such as shoulder straps and armor will be used to acquire crests. Before starting a new chapter, in fact, it will be possible to enter the "square" where we could acquire these coats of arms. They are divided into Attack, Defense e Special. The former concern the increase of the attack or the acquisition of new combinations; those for defense are divided according to the type of enemies and increase the defense against them; the special ones instead concern the increase in rank or the possibility of using higher level weapons. In the same square it will then be possible to sell the excess weapons; enter the forge to upgrade our weapons; or go to lives to sacrifice certain items in exchange for "miracles" such as "finding more powerful weapons". 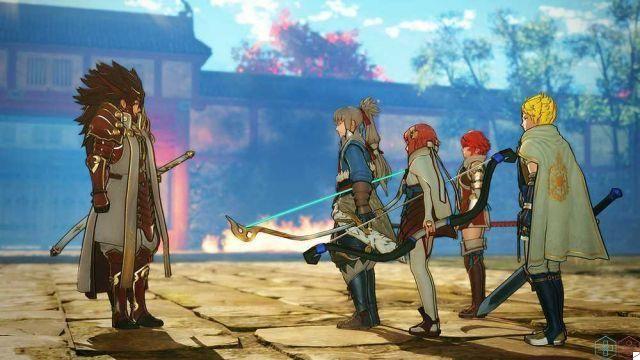 Fire Emblem Warriors is a good spin-off that can be positively evaluated by fans of the saga. The main problem is that you can't bring a title with this name for the first time to a new console and make this "meager figure".

The game at maximum difficulty didn't give me much trouble. I just lost 3 allies over the course of the story, but this mainly due to the fact that the allied CPU is not really that great, but also due to the low level risk of the allies. A fundamental point is also that of having to choose who to deploy, the multiplicity of heroes leads to the impossibility of having a balanced team as you should always use the same champions, otherwise you end up with a team with a low level. What happened to me was to have Rowan (the protagonist) who exceeded his opponents by 10 levels, while the allies they were 4 or 5 levels below.

The usual problem of a game with a very large and poorly organized team. Sure, I could have used each hero in turn, but isn't the choice to put many characters in the idea of ​​giving everyone the opportunity to play their favorite? There history, as already mentioned, it is very basic and at times boring and superficial. Positive notes are given by graphics which is very eye catching. Also the audio it has its own why; I personally loved the voices of the dubbers who absolutely hit the spot with the characters.

In short, this Fire Emblem it wasn't a pearl of the saga, but it's not a disappointment either. A middle ground that can make many happy.

Flip Wars review, the party game that Nintendo Switch was waiting for? ❯