Final Fantasy XV Royal Edition is a new complete package designed for PlayStation 4 and Xbox One owners. With an immense amount of content, it allows us to play for hours in one of the most inspired universes of the series. Let's find out in our review

When it launched in late 2016, Final Fantasy XV it was certainly not a complete title. Nor at its full potential. Fruit of one traumatic development lasted almost ten years, passed from hand to hand until its final form, the last masterpiece of the series has continued to enrich itself in 2017 and 2018. The latest update, the Royal Pack, dates back to just a few days ago . What has been changed from the title that we have come to know, love it and hate it? A lot: objects, characters, possibilities, the ending itself, even.

We can ask ourselves a question: Who is the Final Fantasy XV Royal Edition designed for? Certainly not for those who bought the Square Enix title on day one. Unless he then avoided every single additional content, like Episode Gladio, Episode Ignis, and so on. Many additional contents have been published, and the beauty of the Final Fantasy XV Royal Edition is this: it includes them all. If you haven't bought the game on release, you will not find a better opportunity to do this on console. Conversely, those who play on PC will have already had the opportunity to delight in the graphically most powerful version of all, the Final Fantasy XV Windows Edition.

Anyway, we analyze the contents of our package, and we evaluate what Square Enix offers us.

Spending a few words on the game plot is important, even in Final Fantasy XV. Each chapter of the saga is usually placed in a universe / timeline separate from that of the others, and the same happens for the fifteenth episode of the franchise, as fresh today as at the time of the birth of the series. We find ourselves living, in a tech-fantasy universe, the peace negotiations between two rival kingdoms, that of Lucis (where the protagonists come from) and Niflheim. To smooth out the differences, the marriage of Noctis and the beautiful Lunafreya, his childhood friend, is decided. For this reason, a few days before the peace is signed, Noctis and his trusted companions Prompto, Ignis and Gladiolus, leave the capita of Lucis and set out on the journey to Altissia. 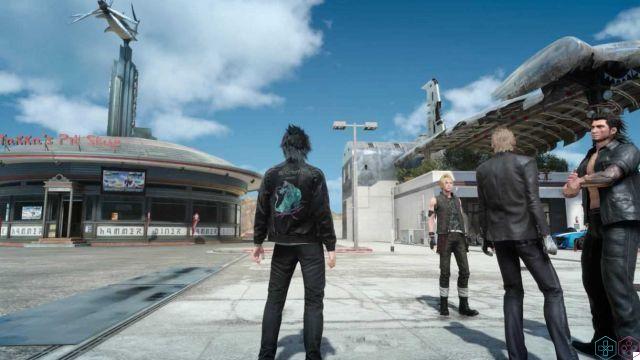 Of course, things are not going the right way: the Niflheim Empire has secretly plotted a betrayal, declares war on the capital and Noctis has to travel to restore tranquility in the two countries, in a whirlwind of increasingly pressing events that make the plot of Final Fantasy XV perhaps not the best of the series, but certainly extremely enjoyable and interesting. The supporting sector is exceptional, perhaps much more valid than the player's protagonist / alter ego. Prompto, Fire from Gladiolus, now freely controllable like Noctis in real time, they have very valid personalities for an RPG of this size, which moreover justified the publication (through separate packages) of individual DLCs dedicated to their adventures.

Adedsso we tell you a little bit why Final Fantasy XV Royal Edition is the definitive edition of the Square Enix title, essential purchase for those who do not yet own the basic version of the game. Among additional downloadable content, add-ons, extra zones, new enemies and secondary missions we find ourselves almost faced with a doubled version of the title. Perhaps most interesting of all is the addition of a new final zone, the Ruins of Insomnia, which it now features enemies like Cerberus and Omega. Here, too, we will be able to stretch our legs facing the ancient rulers of the game world. Furthermore, greater freedom in exploring the world of Eos is now guaranteed by the presence of the Yacht of Nocis' father, with which we will be able to set sail between the waters of Capo Caem and those of Altissia. With the boat you can also access new fish and recipes. 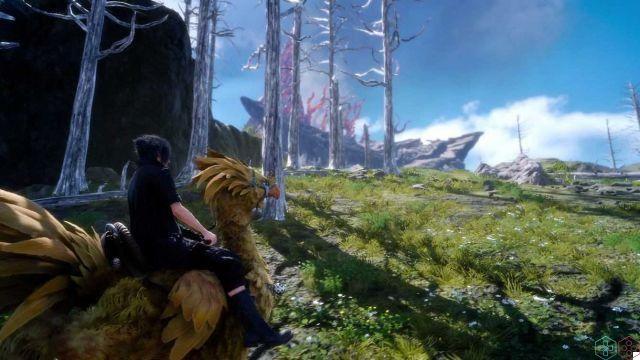 But the package offered by Final Fantasy XV Royal Edition is also significant for the amount of items it makes available to players. There are more than a dozen freely downloadable content, including weapons, paints for the Regalia (Noctis' car) and item sets. There are all DLCs dedicated to secondary characters, which extend the hours of play offered: Episode Gladio, Episode Prompto, the Comrades Online expansion, and Episode Ignis. The Regalia itself can now be upgraded to the Type-D model to drive it off-road as well. Even the mythology and legends of the various places have been perfected, expanded and deepened, allowing you to learn more about a world that is already so fascinating in itself.

You obviously don't think that Square Enix has forgotten all the poor people who bought Final Fantasy XV on day one and who are now devoid of all this good things. They can simply throw themselves on the Final Fantasy XV Royal Pack single pack, unlocking all the contents already included in Final Fantasy XV Royal Edition. Collectors will still prefer to have everything in a single physical edition, we guess.

Final Fantasy XV Royal Edition is what Final Fantasy XV was supposed to be at the end of 2016. A complete game, at its fullest. Where there is still something to improve, as always, but everything present works as it should. The adventure in the world of Eos is one of the most inspired ever, its unforgettable characters. In detail, this Royal Edition includes such a mass of content as to justify once again the full price, because in substance it increases the exploration, the in-depth study and the collection of collectibles by at least 25 hours. In addition to offering many secondary ideas during the same adventure. If you have already played Final Fantasy XV, you may have the opportunity to rediscover the title, and it will still seem as fresh as it did two years ago.

9 The ultimate adventure in the world of Eos