FIFA 21 review: do you learn wrong?

Although slightly delayed, FIFA also made its market debut this year. Let's find out FIFA 21 together in our review, waiting for its next gen version

2020 was a difficult year for everyone. Even the most established development studios such as EA have suffered from the restrictions due to the emergency Covid-19, and numerous titles have been postponed. With a little delay, however, FIFA 21 debuts on the current platforms but with numerous promises aimed at the next generation of consoles. As always, we let ourselves be ready, and after having thoroughly tested the game we got a concrete idea of ​​it. Take the field with us to discover all the news of FIFA 21 in our review!

Still the same story, but improved

In FIFA 21, EA Vancouver reconfirms the modalities introduced in recent years, without introducing new ones. We therefore find the novelty of last year, the mode Volta, however, enriched with a more solid narrative component entitled "The Debut". It is clear that EA Sports' goal in this mode is to give users more customization options. The “manager” view of Career mode has also undergone profound changes. Here EA wanted deepen the management aspect compared to past versions of the game.

A new type of more managerial simulation is added to the possibility of facing matches in first person (or jumping directly to the final result). For the occasion this year we find a convenient interface that allows you to take the direct command of the team. The system is really well built, and makes the flow of the season more linear and fluid, preventing boredom from taking over as it could in the past.

Speaking instead of FIFA multiplayer, we can only devote ourselves toUltimate Team. Let's start by specifying that the modality itself has remained almost unchanged, with some additions regarding the customization of the stadium and of one's team. On the gameplay front, FUT this year also enjoys a co-op mode that allows you to face Division Rivals with their friends (still getting the same rewards). The consumables related to fitness have finally been removed, with players recovering form at the end of each match. Regarding the feedback with the network, the latency was particularly low, practically eliminating the input lag. 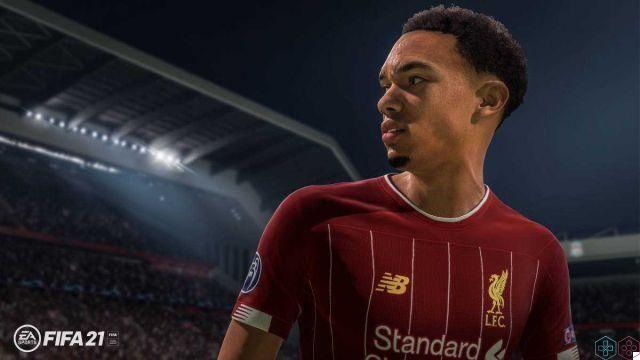 The gameplay of FIFA 21 has also been refined and improved. Right from the start you have the feeling of being in front of a much more refined game than the versions 19 and 20. First of all, the skill with which the players has been revised they move in marking if not controlled by the player. To defend effectively now you need to pay close attention to the disposition of your players on the field. The tackle should only be done when you are sure you can catch the ball, to avoid running out of time and leaving the attacker free field. This, in particular, is particularly problematic and the referees will not hesitate to whistle tons of penalties and pull out cards. The much acclaimed Directed Run It grants players new possibilities for building the maneuver, but it is not easy to master.

The AI ​​is a little more "intelligent" than in the past, even if this phenomenon seems to occur mainly in the opponent's trocar. In the defensive phase, although we have noticed some improvements, the road is still long and on the umpteenth 6 - 6 in FUT some questions arise spontaneously. Headers are also more realistic this year, after a period in which it had become virtually impossible to score on crosses. 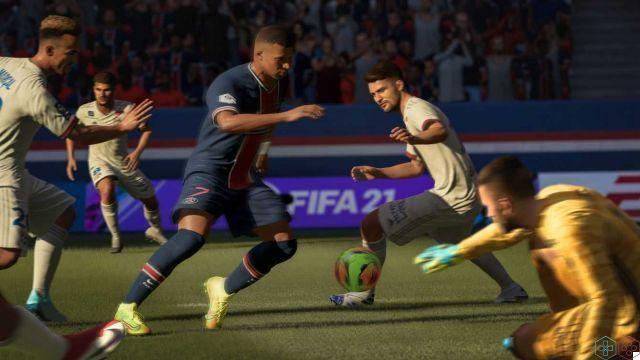 There is not much to say about the aesthetics of FIFA 21. The game for the current console generation is virtually identical to last year's. It must be reiterated that the discourse is valid exclusively for the current gen, given the numerous promises of EA Vancouver in view of the now near future of consoles. Even the technical sector of FIFA 21 is very similar to that of 20 and 19, both in strengths and weaknesses. First of all the slowness of the menu, characterized once again from a strong and annoying input lag.


As already mentioned, on the "connection" side, this year the game is much more stable of the past years. The work of strengthening the servers, and the possibility of finding opponents at least from the same region has greatly improved the performance of online matches, especially in the FUT mode. Even in this it is clear how much EA is aware of the fact that the game is increasingly oriented towards online multiplayer, concentrating its efforts precisely on the modality in question. 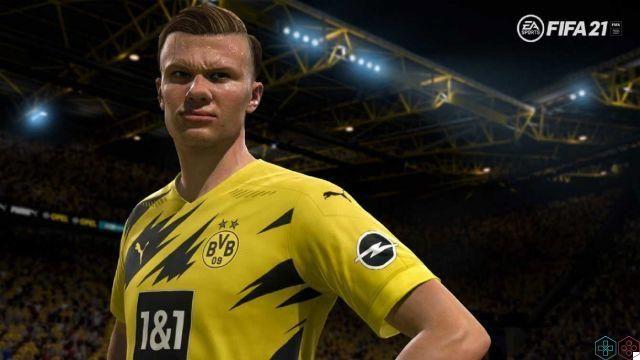 All That Glitters Is Not Gold - FIFA 21 Review: Do You Learn Wrong?

At this point in the review you may be wondering if FIFA 21 has any substantial flaws or problems. The answer is: yes, a lot. Although the software house's efforts to improve FIFA have paid off, some problems remain and others arise inexorably. If on the one hand the Creative Race grants users great freedom of maneuver, on the other hand there remains the awareness that a fast (or buggy) attacker it will surely arrive at the goal if launched correctly.

Similarly, starting the second half of a match with a 4 or 5 goal lead, one gets the impression that the game favors the weaker player to balance the game and see their team lose or draw in the last minutes of the match despite the evident superiority. Or again, if on the one hand defending has been made more difficult and realistic, by attacking it is possible to reach the opponent's area by performing only tricks and abusive skills.

Unfortunately these highlighted, combined with a physics of the ball definitely to be improved, are problems well known to fans of the series. After years of experimentation, improvements and additions we think it's time for EA to give a definitive solution to these defects. Despite this, we remain confident that the next gen version of the game has the right changes where it is needed. 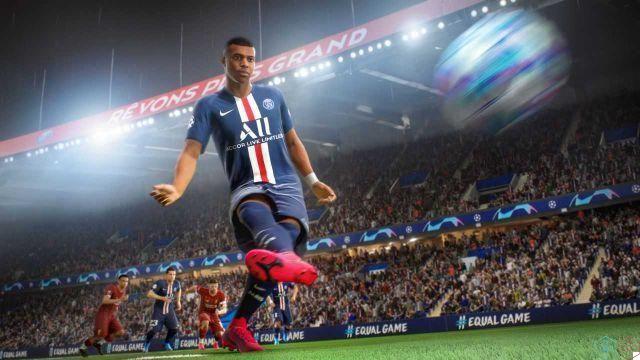 Summing up at the end of this FIFA 21 review, we feel we can define it as a passing chapter well cared for but which still faces a generational leap, in a particular historical period. Although EA Sports has tried to improve the gameplay of the game, it inevitably collides with problems views and magazines in the years. As mentioned, team movements have improved dramatically, but the efforts of the development team are being thwarted in favor of unnatural dribbles and players as fast as gazelles. The physics of the ball needs to be improved and the recurring pinball effects after each tackle (made or immediately) make it all a bit too unrealistic.

While some modes do not feature noteworthy introductions, FUT continues to be improved and enriched as it should. The coach mode, for its part, appears more accurate and thorough compared to previous chapters. If the contents of the game continue to follow each other (above all, we repeat, in the FUT mode) it is impossible to ignore, in the final judgment, the big gameplay problems. For this reason, and those mentioned above, we feel we can define FIFA 21 as a title absolutely imperfect, and for this not for everyone.

Still influenced by the historical problems that afflict the series, this year FIFA is also more on the side arcade than on football simulation. So, if you don't intend to dedicate yourself to FIFA 21 for a few hours a day, forget about it or you'll find yourself smashing pad upon pad against the wall. If not, good luck!

This, friends, was our FIFA 21 review. The game is available on October 9, 2020 for PlayStation 4, Nintendo Switch, Xbox One and Microsoft Windows, and will be available soon for next gen consoles. To stay up to date, we invite you to stay connected on techigames. Bye!

add a comment of FIFA 21 review: do you learn wrong?