After a careful test we are here to talk about Far Cry: New Dawn, the last chapter of the series that brings with it several new features in a setting familiar to many of us. Let's find out the details in the review

Let's go back to that quiet place called Hope County where, following the nuclear holocaust, life is once again flourishing. In Far Cry: New Dawn, however, there is little peace, and we will be in the midst of a bitter war for freedom, or rather the right to live.

The premise behind this Far Cry is really simple, we are facing a sequel to the fifth chapter of the saga and we are once again in Hope County but in the future. Meanwhile, several "dark" years have passed in which it was impossible to go outside due to the nuclear holocaust and the long winter that followed. But not all evils come to harm and after the catastrophe we are facing a new dawn (New Dawn). We resume building a new world in peace, but the problems soon begin. The road warriors, led by the twins Mickey and Lou, they will come to "break the eggs in the basket".

Ma the people of Hope County will not give up and will go looking for help and, despite various difficulties, they will not lose hope and we will be the arm that will carry them out. The plot features somewhat tangled non-linear events that will even lead us to surprising returns. Everything is well blended and managed in a manner consistent with what was the story of Far Cry 5, representing in all respects a sequel to that chapter. Far Cry: New Dawn, however, has a fairly significant flaw, the story is really short and we managed to complete it in a few hours. 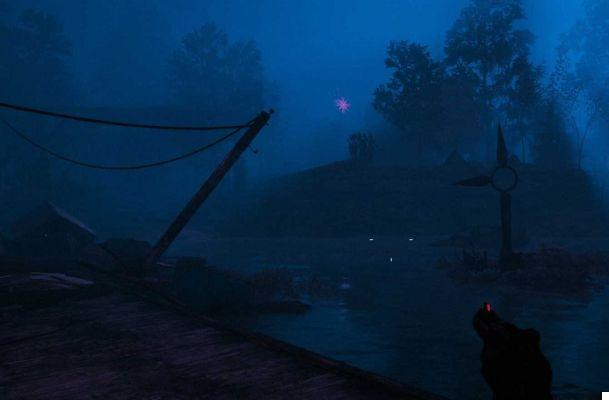 At the same time, the game world is full of activities to do, guaranteeing many hours. The short duration of the main quest, however, does not go down well as we would have appreciated a greater depth of some events and perhaps a slower narrative. But maybe we ask too much, after all, unlike other recent releases, Far Cry: New Dawn manages to entertain the player a lot and make him feel part of the game world in a truly amazing way, perhaps also thanks to the wonderful dubbing in spanish and the beautiful facial animations of the characters.

Far Cry: New Dawn brings a bit of innovation to the series thanks to a series of small tweaks, however, these do not represent a true evolution of the series but only small improvements. We immediately understand where we are in history, how many missions there are in total etc, thanks to the diary where everything is accurately reported. In the management of the character we can, at any time, modify its aesthetics and equipment.

It is also possible to access the "survival guide”Where every mechanic of the game is explained in a simple but effective way. The inventory, on the other hand, is a bit too confusing, with all the objects (albeit divided by category) collected in a single menu. During our adventures we will have some allies at our disposal, each with its own personality and with specific abilities. We do not deny that some of them turn out to be a bit boring as they are too eager to make conversation. Our favorite? The judge, who, being mute, will simply carry out his work in silence. 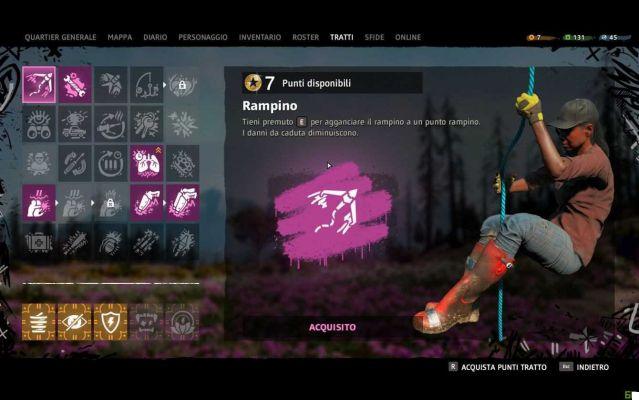 The real novelty of this chapter concerns the "traits". These represent a series of skills, active or passive that we can activate through specific Points. These skills are really interesting and allow for a kind of character build by inserting an RPG component within the title making it a little more than the usual fps.

Which makes it Far Cry: New Dawn very interesting to replay even several times to face the game world in a different key. Trait points can be unlocked by completing certain challenges - an interesting dynamic that gives meaning to what were often activities put there just to get them. 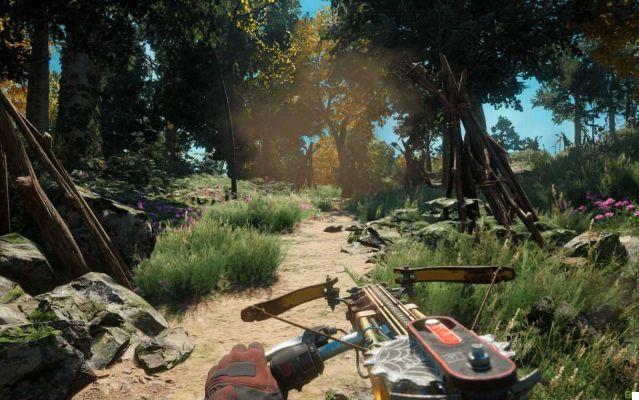 On the other hand, the management of the headquarters is excellent, which is presented in a classic way compared to the canons of the saga, the enhancement of the same will allow you to unlock equipment gradually stronger to better face the game world. Do not mind the dynamics of the outposts to conquer resources suitable for strengthening the structures, however this particular mechanic risks being a bit repetitive. It is not easy to avoid fighting for control of the outposts since, as you progress, it will be essential to have the right equipment to face the end game enemies, and consequently we will need the resources of the latter.

The technical sector of this title is truly amazingand, we are faced with a very realistic world that continually leads us to take a few moments to observe it calmly. Nature has risen in this chapter with a color palette that tends to pink but does not make it unpleasant. Pink is the color of rebirth and new life, and through it Ubisoft transmits an ecological message of nature that takes back what was taken from it. 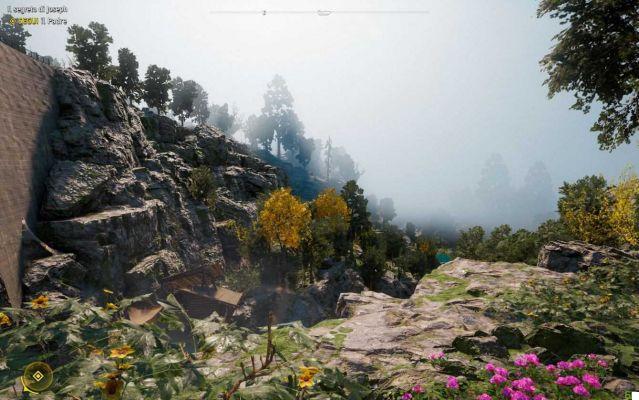 But leaving aside that we noticed how the graphics sector is a worthy upgrade from the excellent previous chapter. But not everything is perfect, on PC we experienced several drops in FPS even with high-end hardware, which compromised the gameplay in places. However, these are not unsolvable problems, we believe that with the next patches these will be completely solved.

The AI ​​of allied units can be criticized, sometimes not very accustomed to a stealth approach, and with some mania of protagonism that will prune them to a premature departure (throwing a hard-nosed face against 20 enemies is not the wisest thing to do). 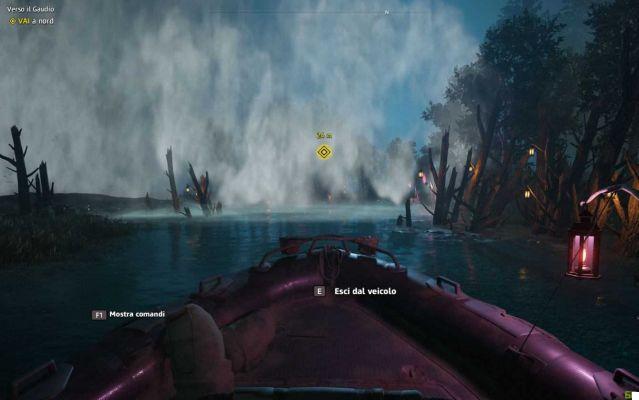 At the same time enemy AI is well managed: units attack us consistently with respect to their equipment and without falling into ridicule (at least not too much). The system of micro-transactions is criticized which in our opinion turns out to be a useless addition to a title that really didn't need it. We have not noticed any particular pushes towards the latter, the presence of the same in a title that costs a good 49 € in the basic version is more annoying. Beautiful soundtracks and particularly apt sound design of the title that offers an excellent positional audio system for a complete immersion in the game world.

The return of this series brings with it "a healthy touch of madness" through many characters who are not always well centered from a psychological point of view. This could have ruined the title and yet it is not, we find ourselves in front of a nice Far Cry that manages to entertain in a pleasant way for all the time we want to dedicate to it. Everything in the game world is beautiful, but what is missing is having dared something more to further update the saga and differentiate it from its classic canons.

In summary, Far Cry: New Dawn is a beautiful title, certainly one of the best Far Cry ever, able to improve this saga even further. But the improvements are not enough, at this point we need a real evolution that we hope will arrive with Far Cry 6. We strongly recommend the purchase if you are looking for a nice game, not too heavy, that can accompany your evenings. Will we hear at length about this Far Cry? Maybe not, but this is not important, the important thing is to have fun and here there is really a lot of fun.