Fantasy football has become the favorite hobby of all those who love our Serie A and the world of football. This year, between bets and new purchases, there is a lot of fun. But do you already know which players to catch and which ones to avoid at the next Fantasy Soccer? Here are our buying tips for the 2019/2020 Fantasy Football Championship!

As every year approaches the start of Series A, which this year will see its kick-off on 23 August. In conjunction with the Serie A, for many fans, the Fantasy Football. A real challenge for the fantasy coaches that starts fromit. Many already have clear ideas, many will trust the players who helped them to reach the top last season, but many still feel confused. Below you will find a number of players you can rely on, whether they are bets or well-known faces.

They are always the first to be bought. The players who have always lent a hand over the years and who never let you down. We are not talking about the usual champions of the big names, but also about those who are often considered less by the fantasy coaches. One of them is Shoe of Atalanta who last year helped the Bergamo players to conquer with his team 28 goal in season. A mind-boggling figure that can be repeated this year, but beware that Atalanta is playing the Champions League in which they will want to make their mark. Handanovic, on the other hand, it is safe buying at the door. Inter, with him, has conceded 33 goals in 38 games in the 2018/19 championship. A gate that with the addition of +1 for unbeatable could make us very comfortable. This year, among other things, the unbeatenness seems to be closer thanks to the purchase of Godin. Recommended for fantasy coaches playing with the defense modifier.

Surely it is not a bet but a security, Cristiano Ronaldo. In fact, in Sarri's Juventus he will return to play in his original role as a left winger. We know very well that Sarri's game prefers the winger and CR7 could score more times than last year. Speaking of defense, the name is hot Kolarov. The Roma full-back scored 8 goal last season and made several assists. Penalty taker, also kicks the penalties for the yellow-red team, a purchase not to be missed.

A tip on the midfield. The players who have stood out in the last two years and who will be easy to buy are De Paul of Udinese and Ilicic of Atalanta. The two not only come from a couple of leagues in which their scores have been high, but they are also i penalty takers of their own teams. Last tip is Manolas, the defender who arrived in Naples has a sense of goal and made one in the friendly in which he made his debut with the Neapolitan shirt.

Let's talk about those players who, known or not, remain one bet. Making mistakes is easy in these cases, but if you don't risk it it's difficult to catch a player who will make us smile. A first bet could be By Lorenzo. The young Napoli full-back comes from an excellent league with Empoli and, apparently, he seems to soon have Hysaj's place in the team's hierarchies. Bet, which could enter familiar faces, is Hateboer. The Atalanta full-back comes from a league in which he scored 5 goal, so many for a defenders. Betting bet is the Genoa Pinamonti. The attacker comes from a world cup Under 20 in which he scored 4 goals in 6 games. Safe bet is Quagliarella. The Sampdoria player is of a certain age, but despite everything he was the top scorer last season, is it worth the risk?


If you need to buy players because you are so many fantasy coaches for a championship, then I recommend this bet to be taken at 1: Tomiyasu. The Japanese player of Bologna is considered one of the new Japanese stars, if you really have to take someone, take him. Another bet is Jony of Lazio. He, however, is a real bet, given that it is still not clear whether Simone Inzaghi wants to use him as a starter or not. In that case, we are talking about a footballer who comes from Malaga in which he scored 4 goals and scored 11 assist in the last championship. Last bet is package. The player struggled with Gattuso, but Giampaolo seems to want to use him as an attacking midfielder, his ideal role. This could help Paqueta to settle better on the pitch. 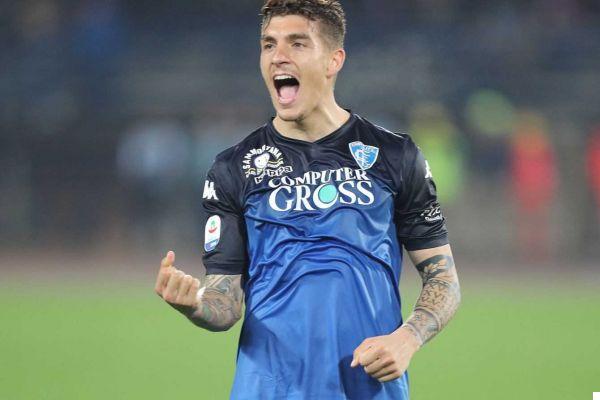 There are years in which you get to a few points from the summit and you think: “if I hadn't had him by now I would have been first”. Here, this is what we must avoid. Taking a player who is tempting only for the name, but who in the end has never had excellent results, is not the right way to start the auction at Fantasy Football. The first we question is Luca Pellegrini. The new signing of Juventus comes from a good league with Roma, but with his new team it will be different. We do not know if he will be the owner or not, above all it is not known whether he will remain at Juve or will be shot on loan. Another player who has changed teams is Diawara. Excellent feet and good ball management, now he will have to give Roma a hand. Purchased as a holder, at the moment it does not seem suitable for the module used by Fonseca.

Callejoninstead, it appears to be one of the players to buy. In reality we must be careful, it will be a bet especially because he is inserted as a midfielder. We are used to his double figures, but it seems that in this league he will be used as a pure midfielder by Ancelotti, a risk. Another player who is doing well in this pre-season is the Genoa player Gumus. Too bad that Pinamonti has also arrived at Genoa who seems to have an advantage in the hierarchy, moreover Gumus has not managed to arrive in double figures in Turkey, he will probably also struggle in Spain. 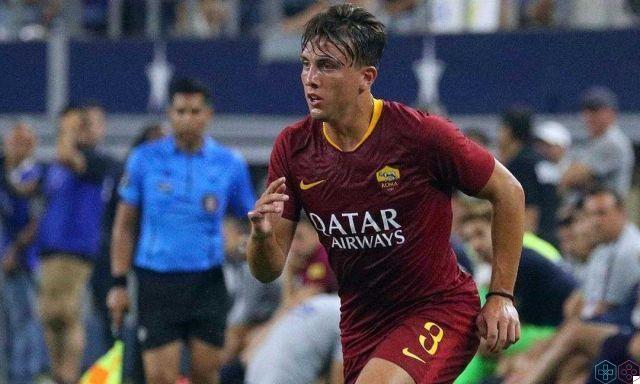 Everything is ready then. The 23 August Serie A will start and with it thousands of fantasy championships throughout Spain. Hope our guide will help you win yours. Keep following us to be updated on advice on who to buy and who not or on others guides like the one to the penalty takers of Serie A 2019/20. The transfer market is not over yet, who knows if our guide needs to be updated, whether it is for a new bet or for a top player who has gone away.

add a comment of Fantasy football tips 2019/2020: players to catch in Serie A