Let's discover this over the top card game together. Fable Fortune presents itself as a title that brings something new to a genre that has been static for years. Will he have succeeded in this difficult task? 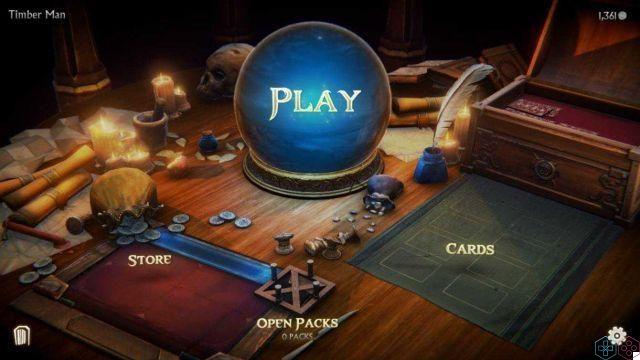 Fable Fortune: he card game that wants to stand out

Fable Fortune it is immediately distinguished from many card games by the care in graphics and in colonna sonora. The latter is a very important element, as it will keep players company for a long time during gameplay. Precisely this attention to detail is how amazing it is: well designed animations and cards with high resolution texture they do the rest. Being still in the "early access" phase, Fable Fortune has some "woodiness" in the passage between the menus and in the uploads, but they are really small things. The game modes present are 3:

There will certainly be more in the future, but only these 3 are able to cover everything possible. After all, it is no secret that these games are rated for PVP, while the other modes are simple outlines.

Very well built on medal system: thanks to it the player in PVP will always go to clash with opponents within his reach. This will prevent you from falling into frustration following interminable losing streaks.

There is one store where it will be possible to buy packs containing 5 cards. This type of transition can take place both with real money and with money earned in play. The game structure is obvious free to play, but it does not disturb excessively since the difference will always be made by the player. In addition, packages can also be won following a match. 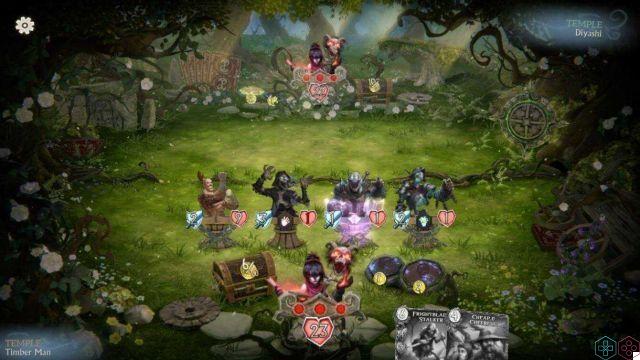 After the introduction, let's examine the heart of the game. Let's start by saying that there are more types of cards and decks. All decks share "neutral" cards and have their own type-specific cards. It will therefore be possible to exploit many combinations. THE main decks I'm: 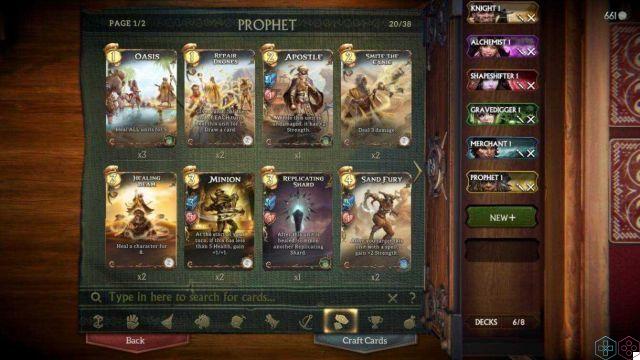 Each deck has its own peculiarities and unique characteristics. They are never underdogs against a particular deck, making the game a lot well balanced, this at least stopping at standard decks. The situation becomes different if the player goes to create his own custom deck: here the rules of the game change and you can get very interesting things.

Personally, I focused on the deck Gravedigger and I did some research on a combination that could work fairly well. It is actually possible to create well 8 custom decks and then dynamically change approach. Obviously to form the decks you must have the cards and to do this there are two ways: buy many packs or win many battles. A full deck consists of 30 cards in total.

The dynamics in brief

The game works instead very simple: at each turn the player has a certain number of gold coins, starting from 3 the first turn until you get to 10. Thanks to these coins the player can use the cards in his hand. The cards are priced in coins starting from 0 and arrive at 10. The higher the cost, the stronger the card played. In addition to this, you can also spend the coins to use two skills: 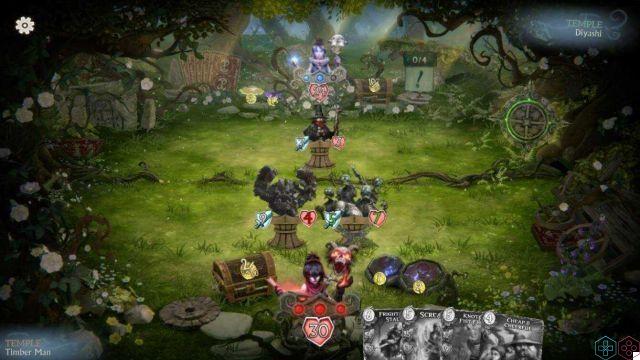 Health points and strengths, the basis for victory

Each player starts with a total of 30 life. Who wins first brings the opponent's life total to zero. To remove life points, you can take advantage of the effect of some cards, or you can directly attack opponents when they are left without monsters on the field.

Difficult to tell all the various dynamics in a few lines, the summary is that this simple game manages to have a wide range of strategies to achieve victory, prompting the player to think a lot and to avoid acting on impulse. A person who studies his moves well may be able to recover even situations of strong disadvantage.

This title surprised me a lot. I confess that I am generally very biased towards PC card games, yet Fable Fortune it made me think again. I found every aspect of the game enjoyable and well balanced, and it was easy to stay behind the PC for really long without realizing it. Definitely a recommended title for both card game fans and first-time adventurers in this type of game. An early access that looks really good. Recommended title!

add a comment of Fable Fortune review: over the top card game