Escape Doodland review: when a fart can save your life

Escape Doodland is a title developed by flukymachine that winks at games like Cuphead and Super Meat Boy, let's see and analyze in detail this mix of visual beauty, difficulty and goliardia: we talk about it in our review

Escape Doodland looks like a classic horizontal scrolling platform, characterized by very particular and interesting graphics and visual sector that manage to immerse you in a world to be discovered. World that is divided into 10 levels and that sees your first protagonist run away from a huge monster who tries to eat it and destroy all the surrounding environment. It will be up to you, and your skills in terms of timing and precision, bring it to safety! Let's find out how in our review. 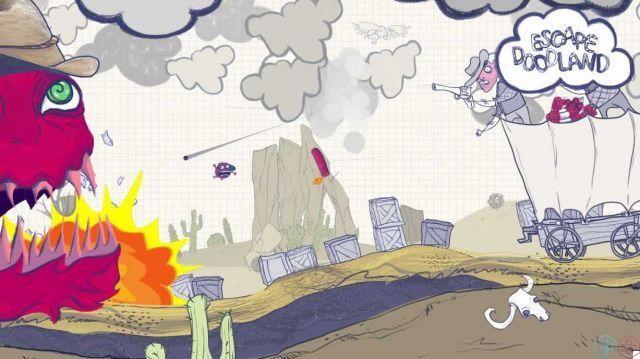 The main mechanics of Escape Doodland there are four and you will find yourself using them during the course of all and 10 levels. Few yes, but well thought out, in fact each of them has its own function well accurate which will facilitate your journey. In addition to paying attention not to fall down and not to slow down too much, risking to end up in the giant jaws of the monster that chases you, you will also have to collect beans, or stocks of beans, which will help you load the right amount of "stamina" to take advantage of your skills.

Il jump e double jump will be available always apart from the bean harvest while it click will be available, both in horizontal in that vertical, after accumulating the right number of beans and you will need it to speed up your escape or to reach "higher" floors of the various levels. Exactly as the fart (yes you read that right) which will be very useful in situations of extreme difficulty when you have the monster completely at your heels, it will in fact be possible to implement this skill straight into the mouth of the monster that disgusted it will interrupt its run for a few seconds. The beans will also be useful for boost up these skills or to buy new characters, to play with, inside the shop present in the game menu. 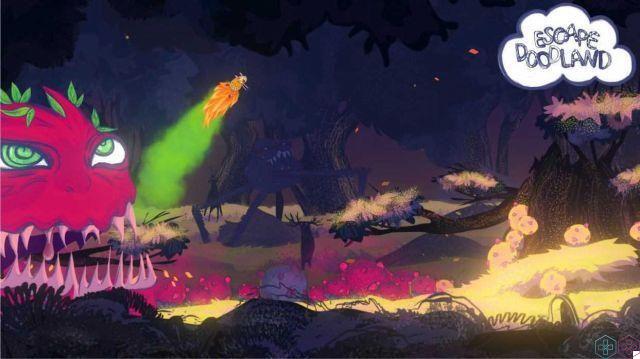 A little Cuphead a little Super Meat Boy… yeah! Works that have made the history of the genre, who for reasons who for others, and this Escape Doodland try to take something positive from both of them. From Cuphead resumes the graphic peculiarity, different but conceptually close, if in Cuphead the intent was to catapult you into a cartoon of the '30s, in Escape Doodland the intent is to immerse you in a real drawing born from the hands of some kid. In addition to the visual aspect, however, there is also Cuphead the strong interaction with the elements on the screen and the danger of some of them.

As for the similarities with Super Meat Boy we must definitely consider the difficulty of the title and the almost ironic and goliardic relationship with death. In fact after a certain number of deaths you will even unlock achievements which in my opinion are reminiscent (conceptually) of the replays of all your deaths that you find at the end of each level Super Meat Boy. The levels can only be tackled in two difficulties, the second of which is unlocked once the level is finished with the first, it is: “hard” o “harder”. The second difficulty guarantees a minimum of longevity to the title giving the possibility to replay the levels with a higher challenge rate: the ten game worlds, in fact, are not many. 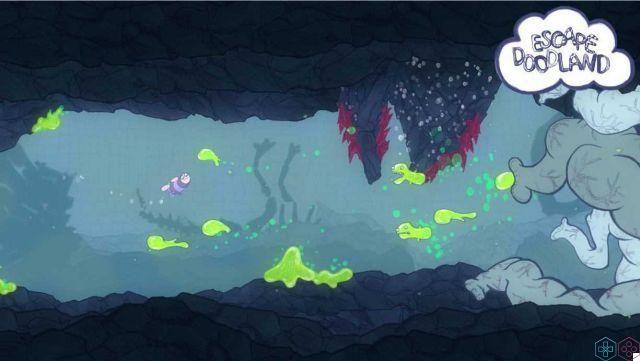 Escape Doodland: during a boring lesson at school… | Review

Last hour of your endless day at school, lesson of philosophy. As beautiful and interesting as the subject is, putting it at the last hour of a day with two hours of math, two of Spanish and one of history is really sadistic, the attention unfortunately decreases (maybe it had already dropped after the first hour but that's another story) e you find yourself drawing something not easily identifiable in your notebook with your bic pen. This is exactly the visual context into which it catapults you Escape Doodland.


The first impression you will have, once you start the game, will be that of being entered the notebook of a bored student. The various levels are all well characterized and make the most of the graphic peculiarity of the title.

Unfortunately some were found frame rate drop which risks compromising your experience where two rules apply: precision and timing. The sound goes very well with the Moods of the game and the music perfectly accompanies (without being bulky) your experience. 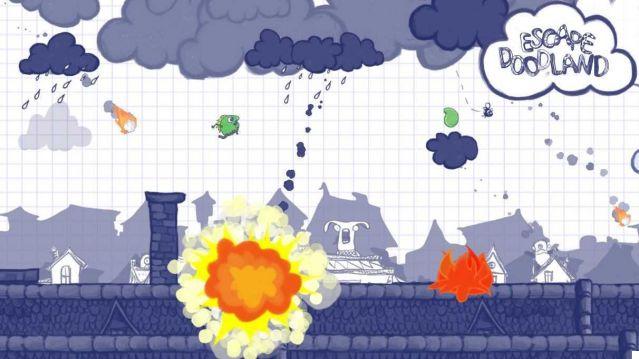 Summing up we find ourselves in front of a cute and fun title, with some certain flaws but absolutely to try above all for lovers of the genre; with the hope that the game will be updated and come added new levels.

add a comment of Escape Doodland review: when a fart can save your life