Epic Tavern Review: What Do Heroes Do When Not In Dungeons?

In Dungeon & Dragons and similar, one of the funniest moments is to gather with your characters inside a tavern: Epic Tavern starts with this premise

A good crowdfunding story. Developed by Hyperkinetic Studios, a software house based in Los Angeles, it has created one of the most inspired products of the last period, thanks to a crowdfunding campaign on the Kickstarter platform, beating the set goal of $ 40.000 dollars (reaching a whopping $ 68.000). Right from the start of the campaign, the backers (donors) embraced the idea, fueling that beautiful atmosphere that Epic Tavern wants to give. 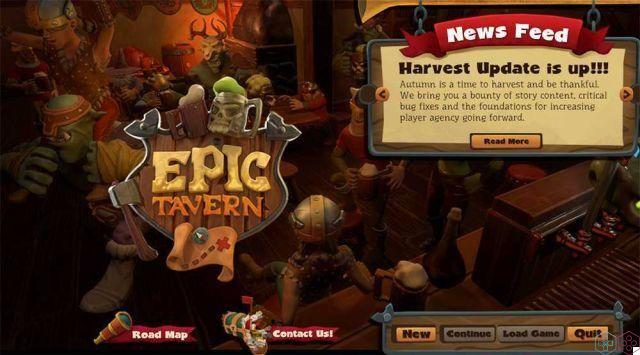 Welcome traveler, tell me your story over a beer 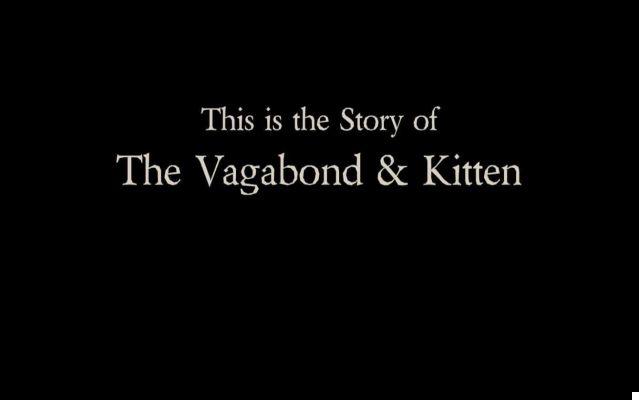 I know it. I could have chosen a less idiotic name for my inn.

What is Epic Tavern about? Soon said. Do you have any idea of ​​how many times, you with your character, in a paper role-playing game or even in a video game, have found refreshment in a tavern, perhaps taking a room for the night and / or have given a show with a burp competition, hitting on the host's daughter and telling rumors (which often started side quests)? Well, Epic Tavern starts with this assumption. That is, this time you are the innkeeper who runs the tavern and serves beer and chicken at the tables of the adventurers returning from a day full of enemies to defeat and treasures to recover. And as an innkeeper you have a very first goal: to retain your customers and, why not, try to raise some money. 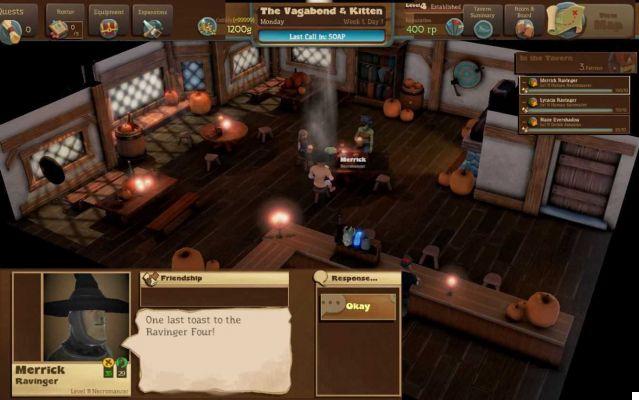 We still have few customers, but in a few days we will go back and forth with the mouse to satisfy all requests!

Arm yourself and go. The gameplay is reminiscent of a management system that is truly reduced to the bone, in which it will be important to serve at the tables and satisfy the requests of our customers. Last but not least, the desire to talk and chat. If you can be patient enough and "tame" some adventurer, they may decide to spend the night in your inn (which will initially have limited beds) and forge a closer bond with you. If so, you could offer him some adventure, perhaps suggesting a cavern full of money, but guarded by skeletons-warriors, as you have already heard from another of your customers who passed by your inn. Once you have formed a small group of adventurers interested in staying at your inn to make their fortune and, perhaps, appropriately subsidized by chicken, beer and money, you will have the opportunity to send them on missions on the map. 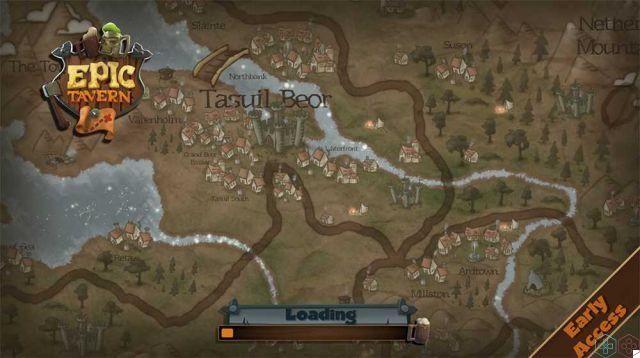 I love the map in this game.

Dice and luck. After a small phase that resembles in some ways a colorful and captivating management software we are used to on our tablets and smartphones, mainly linked to the loyalty of our customers up to the creation of a small group of adventurers with whom to share even any loot , we could open the game map. The map will show the most important places, such as cities, our tavern, dungeons, rivers and villages, all with a really well-kept and pleasant graphic design. And it is precisely in the map that we come into contact with a second section, with a more “simple” gameplay based on a roll of the dice and the narration of events. In fact, right in the map, we will start our adventure, after having satiated and eventually assigned skill points following a level-up of our adventurers, almost automatically. We will only have to read the events on the left side and roll the dice hoping to always make a coefficient (to which any bonuses will be added) for passing the tests and the eventual achievement of the loot. 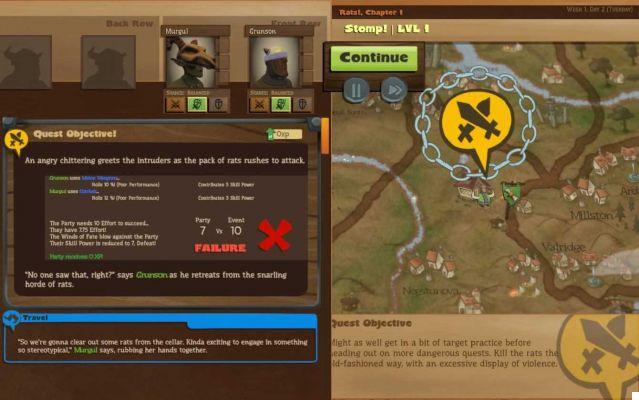 Have I already told you about the random aspect of this game? Well, I had to do more than 10 with the die. And I did 7.

Once we have achieved our objective, we can bring back our adventurers to share the treasure and eventually give them something to equip. The game, at the moment, develops along this direction, but updates and surprises in progress are not excluded. 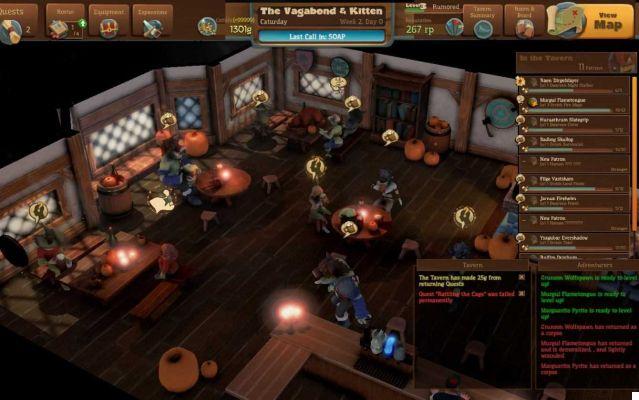 On the right, in red, you can see the happy implication that our last adventure had. Beer?

A note on the graphics: it is one of the things I liked the most. It is a particularly inspired look, which recalls much more famous series, but which still has its matrix in that irony that characterized the literary works of Terry Pratchett and his Disco World. So, in addition to the jokes that will make you smile several times, you can enjoy a really well done map and an inn that you can gradually improve, making your eyes rejoice. 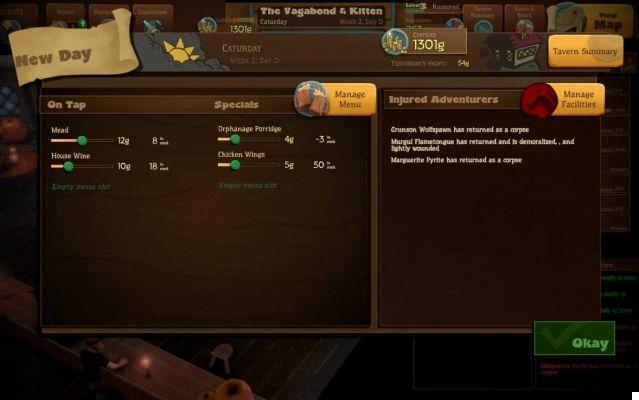 We can manage the menus to be served daily. Like, today is Caturday and let's make her chicken wings.

If you are passionate about role-playing games (especially paper games) and you have no problems with English and any word games. Unfortunately I have not been able to see anywhere a news concerning a possible localization in Spanish. But it is not an insurmountable obstacle, on the contrary: the language is simple and once you understand the game mechanics, it is not even necessary to read everything that is written there.

Give yourself a little treat for these long, cold winter afternoons with a beer, fried chicken and Epic Tavern.

Escape Doodland review: when a fart can save your life ❯

add a comment of Epic Tavern Review: What Do Heroes Do When Not In Dungeons?